Eh, located in the Houstonian, the Hotel is 5 star but the food was sub par to a 5 star hotel. The room service was the same with the options I chose, however the bacon was excellent.

Had a couple appetizers and they were decent just under seasoned mainly on everything we had ordered in the restaurant. Had a mint julep because the picture of it looked like a sno-cone but it came out like a melted down water drink, it was good however 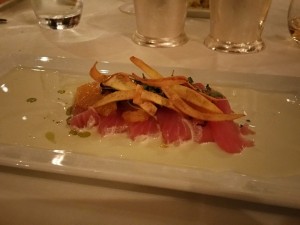 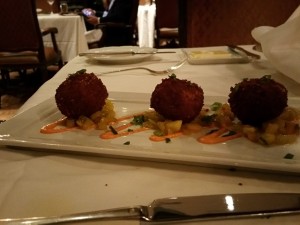 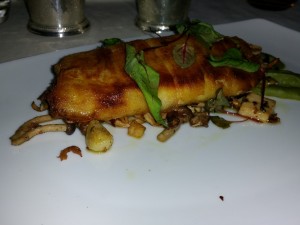 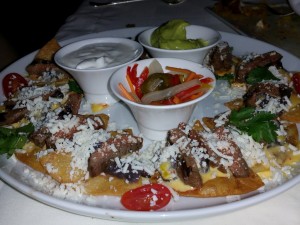 The service and hostess was excellent. I had the potato crusted branzino which was good and tasty and perfectly flaky, however the mushroom something side was dry and did not compliment the dish what so ever and made it unbearable. We chose not to stay for dessert and ended up in the concierge level floor for desserts which were amazing.

Bottomline: if your staying in the hotel and have to eat somewhere this is not a bad option, but pricey and doesn’t match the quality. If you have the option to dine-out that would be a wise option.