List of movies that Walt Disney himself was directly involved with

I spent a few minutes searching the web for movies that the man Walt Disney was directly involved in while he was alive, aka which tv shows did he voice Mickey Mouse, and what movies did he produce, direct etc. I couldn’t find much except one website that has been down since 2011 but found a cached version. This is interesting stuff because now I can watch only movies that he personally was apart of to get more of a feel who he exactly was. If you have not seen the American Experience documentary on Walt Disney you need to watch it on PBS’s website, it’s free and in HD if you sign up that takes 2 second to do. It is an elite docu about him and explains him from a young child to the beginnings of Walt Disney World itself. (see full list below or here) 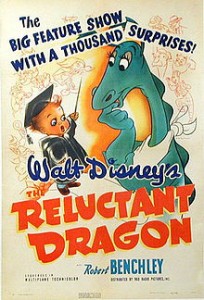 Now I’m on a mission to understand the inner workings of Mr. Disney and find new flicks to watch, the Reluctant Dragon(1941) for example.. never heard of it but Walt Disney made it! I also recently watched Swiss Family Robinson(1960) which was giving me the feel of Disney and the Tree-house that’s in place at Disneyland/World. Also last night I checked out Tomorrowland (2015) and immediately placed an order for a Tomorrowland pin, the movie was good at the beginning but got pretty boring after the halfway point.

Walt Disney appeared in and produced the following television shows.

The movies he was involved with and produced are below.