Taking a trip around the Northeast U.S. and starting off visiting the Mayo Clinic in Rochester, Minnesota.

First stop is Houston Hobby airport… currently waiting for our flight. Update: Ended up having 2 connections due to a storm so ended up in Dallas Airport and grubbing down at La Madelines (boo for not having gluten free bread). Maybe one day they will become a hybrid french restaurant. Soon as we landed in Chicago had to find a place to get a real Chicago dag and had one at O’Brien’s, of course no bread but the relish and dog with lettuce and ketchup ended up just fine and served my craving. Then flew from there into Rochester MN airport which is hello 1974, it’s like a blast from the past airport but cool none the less and serves it’s purpose. I’ll start day 2 off down the post because day 1 was basically flying, eating, flying, eating, and then sleeping. The grub along the way throughout the different airports is definitely increasing in quality and more food choices are becoming the norm!

Flying out of Chicago, off to Rochester, MN

Woke up to a winter wonderland of snow on the ground, about 1-2″ and being from Texas you don’t beat that! Even though I had the window open and the AC on full blast I still wasn’t cold enough (ha). Had to pick up the YELP app to try and find a decent restaurant in this town that is basically a medical hub with the Mayo clinic.

I first tried some Caribou coffee that was located in my hotel and it was all hopped up on mountain dew, damn that shit got me going. Having never had this brand before and staying in the Kahler Inn and Suites I had to give it a shot. Hands down I’d pick this over Starbucks any day of the week, their employees are super friendly, helpful and the coffee is just as strong as Starbucks and has better flare and appearance to their stores. Every employee I’ve encountered also has their hair dyed either pink or blue, not sure, but it’s pretty cool. Caribou also sells really elite paraphernalia within their brand.

Then I found a spot called “Twigs” which was owned by two people who are gluten-free and I was like OMG hella yes let’s roll out. We walked about 0.4 miles to this joint and the entire menu was gluten-free!!?!!?!! This could not be true… Fish and Chips, Meatloaf, Fried Mushrooms? All gluten free? *drops mic* 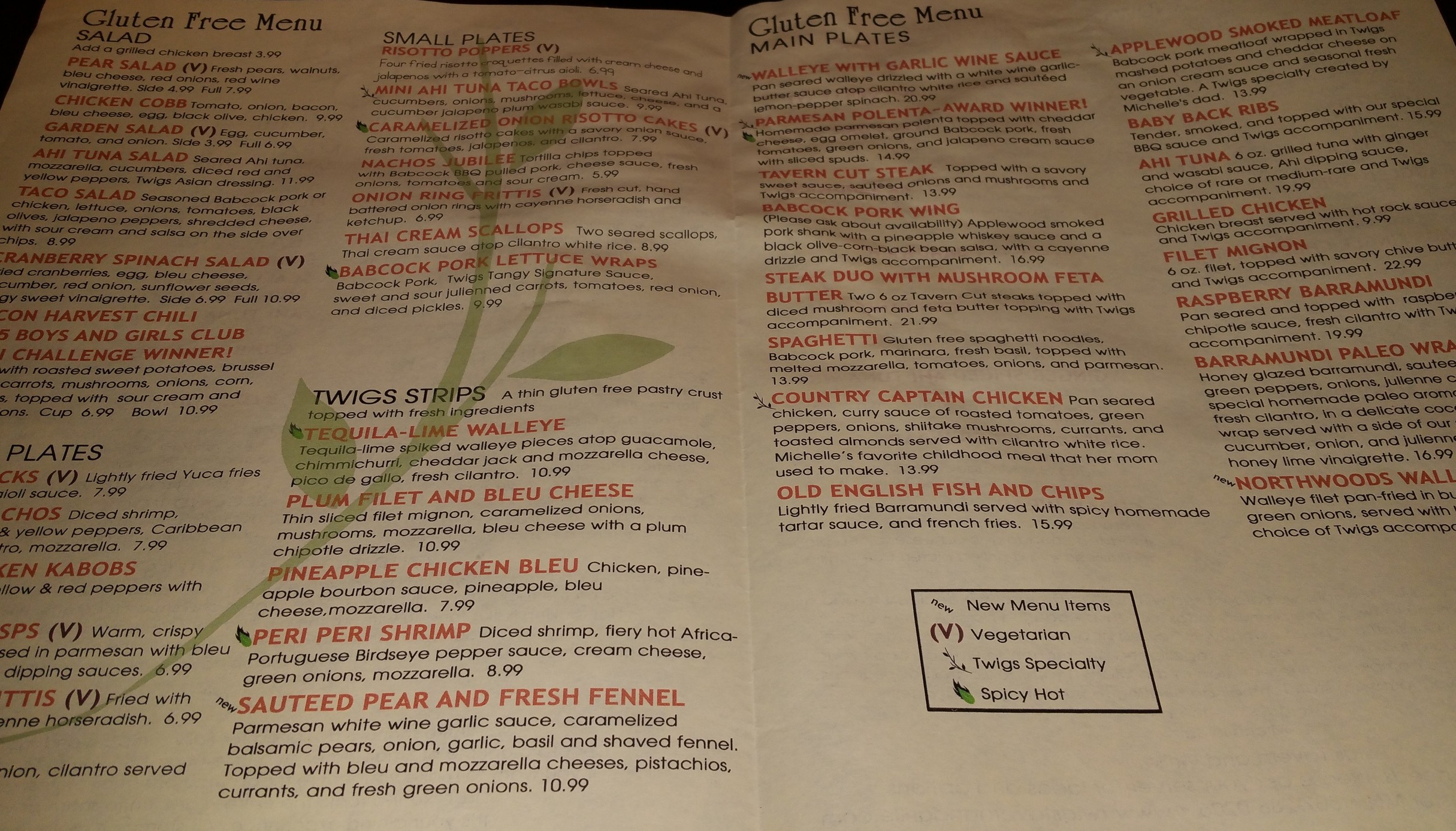 Part of the large Gluten-Free Menu

Looking out the window, SNOW?!!

Located in a hotel within walking distance of the one I’m staying at, this is the best gluten free restaurant I’ve ever been to in my life. Being from Texas it’s hard to find gluten free restaurants, but to have an entire menu dedicated to being gluten free is the best thing ever. Nothing like a cold omission or red bridge gluten-free beer alongside an appetizer of Parmesan truffle bites that are served with blue cheese and marinara which is the most epic fried gluten free goodness I’ve ever had.

The pear bites, asparagus straws, and pork meatloaf is all epic.

Update: Went back the next day so instead of posting those pictures later I’m just going to add them to this collection, and I had to come back to try the Fish and Chips and Cheeseburger wrap, are you kidding me?! 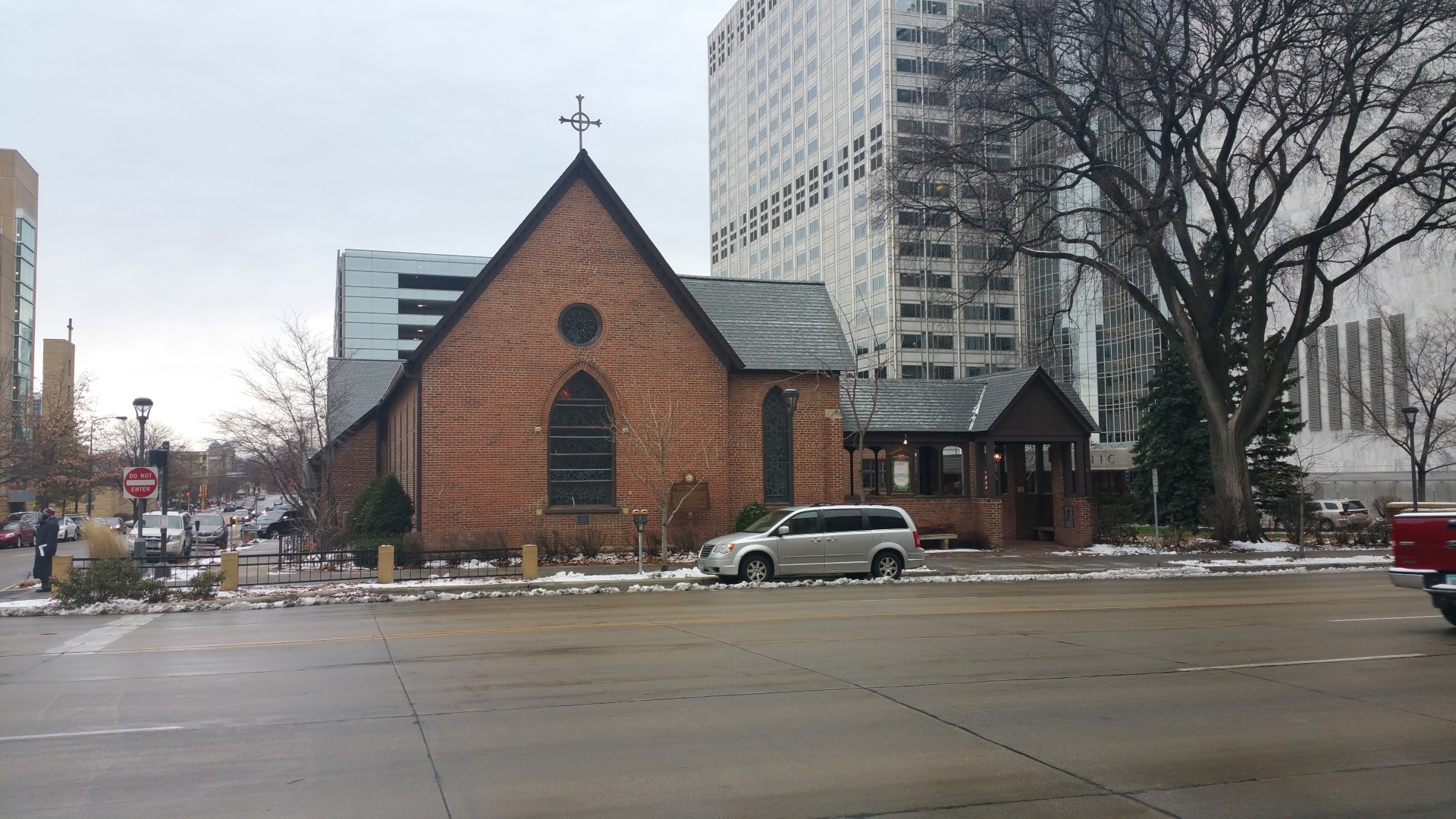 Dr. William Worrall Mayo settled his family in Rochester in 1864 and opened a medical practice that evolved under his sons into Mayo Clinic. Mayo Clinic is widely regarded as one of the world’s greatest hospitals and ranked No.1 on the 2014–2015 U.S. News & World Report List of “Best Hospitals”, maintaining a position near the top for more than 20 years. It has been on the list of America’s “100 Best Companies to Work For” published by Fortune magazine for eight consecutive years. It continued to achieve this ranking through 2015. Looking onto the Plummer Building Inside the Plummer Building, Vintage Elite 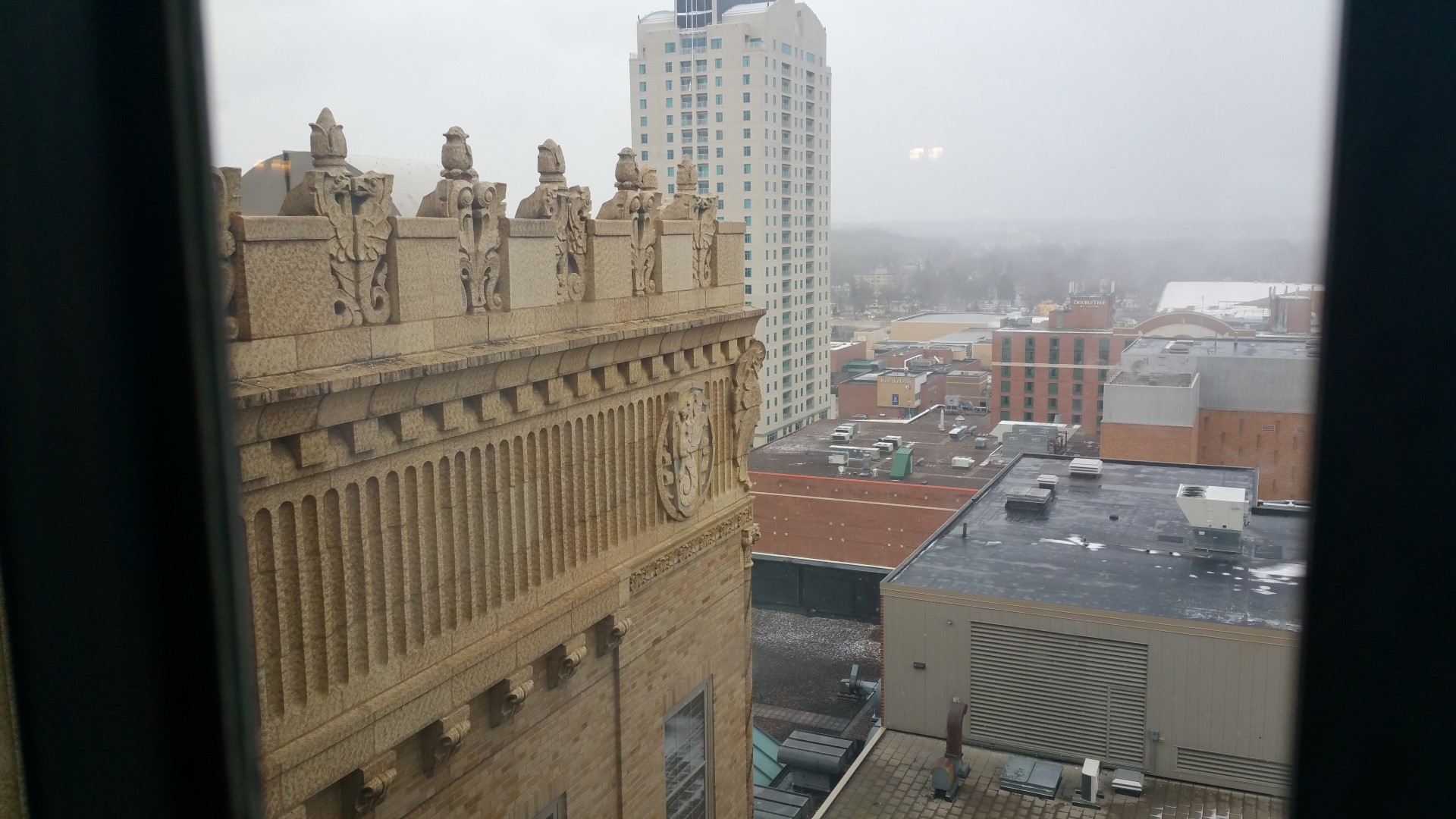 Everything was baller old school 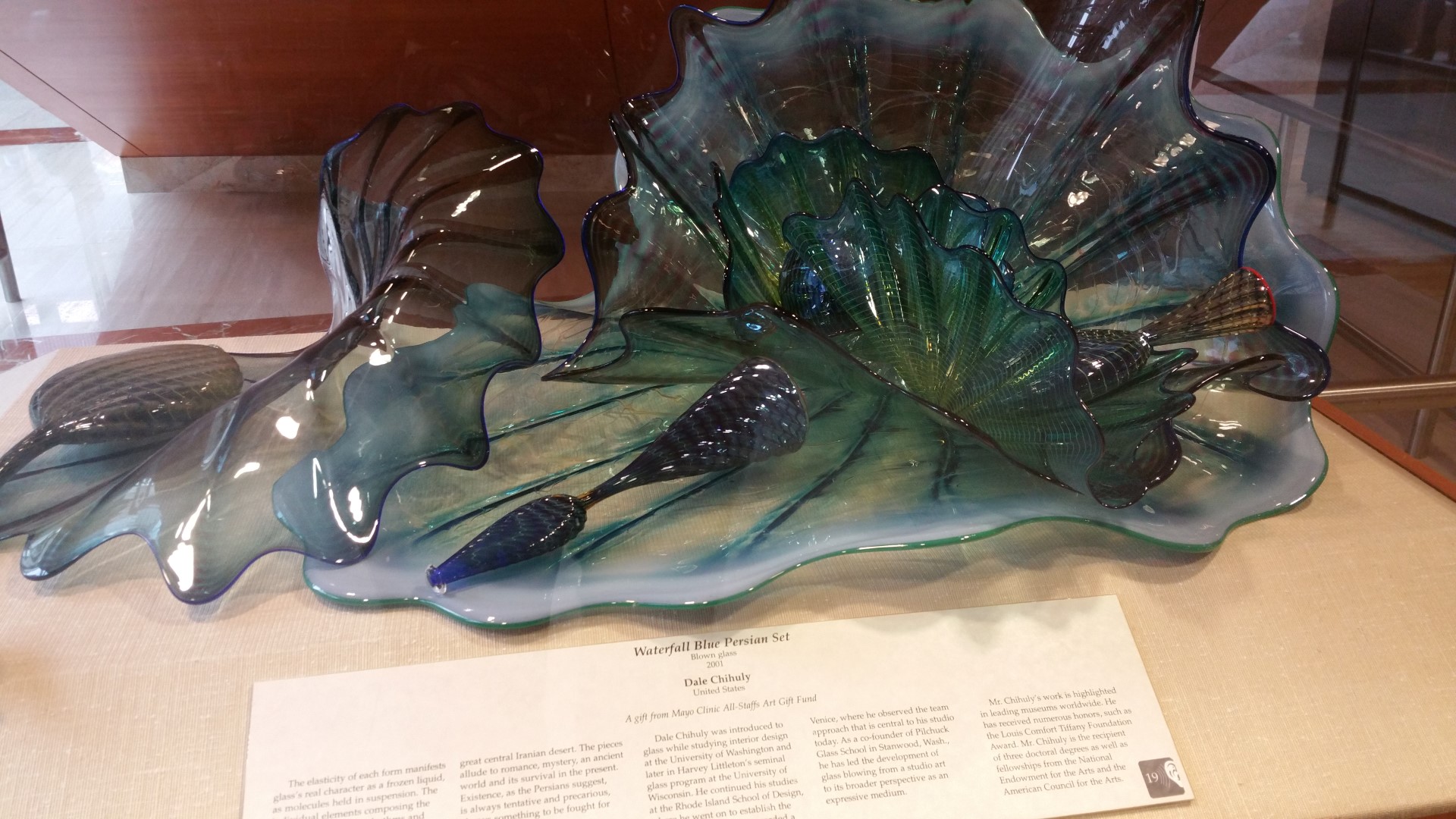 So for dinner that night decided to try a pub that had gluten-free dishes as well as a large menu, and great selection of cocktails. Check out my grub sesh. Menu that had GF selections listed 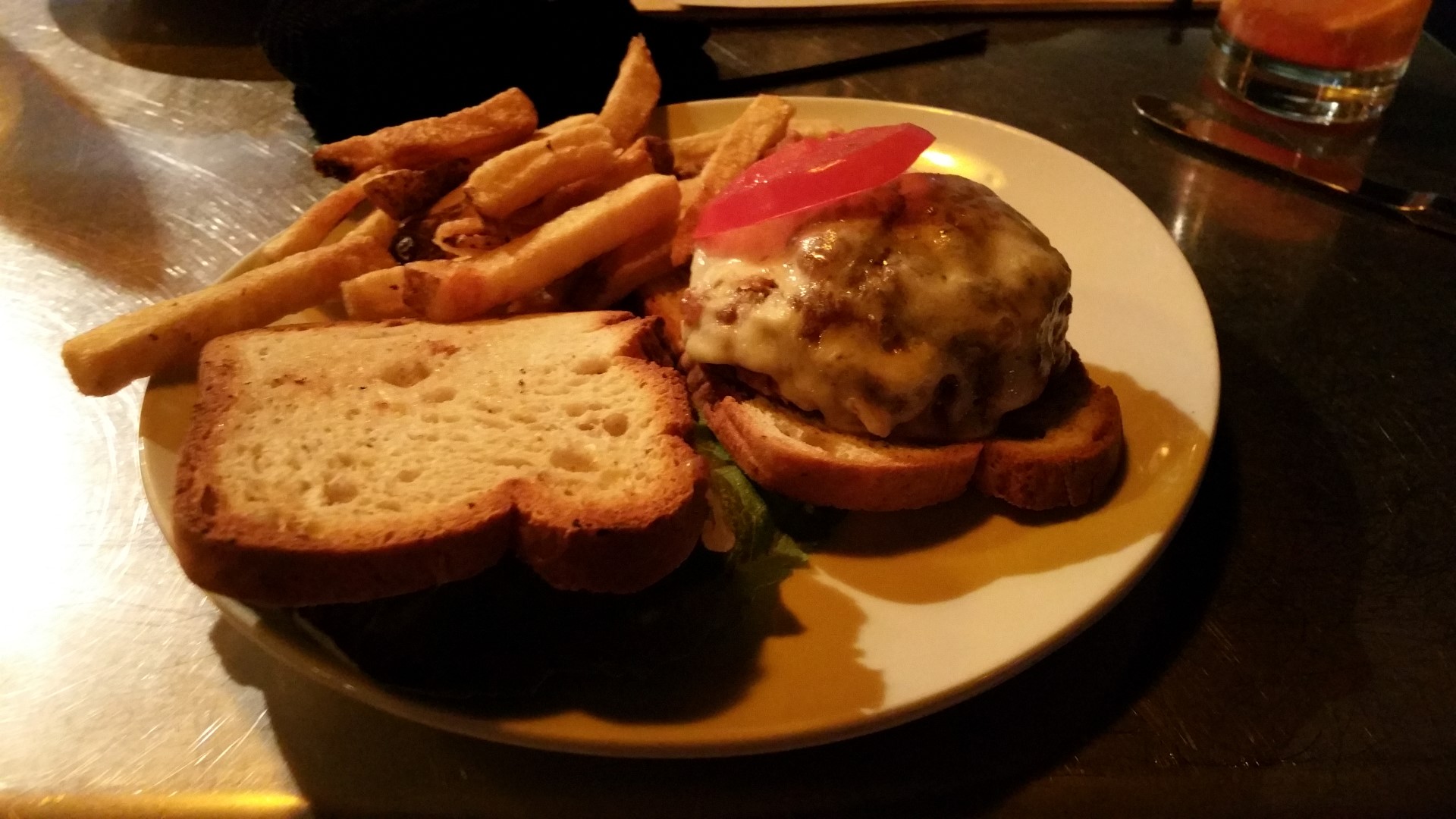 they’re version of an old fashioned, was tasty

Next stop: Flight to Harrisburg, PA (well after they took an hour to de-ice the plane) My setup for this trip (Rochester,MN): I didn’t want to lug around my huge gaming laptop from plane to plane so I opted to buy a $229 Chromebook for this trip, got it at Best Buy. Chose it because of it’s lightweight, long lasting battery, and super portability. Chrome OS is pretty cool and has cool native options to make it highly customizable. However not having photoshop sucks, but using online image resizers/croppers works out. I’m going to post a picture of where I blog at from now to see where all this action goes down and the spot I’m chillin at. Check out my Harrisburg/Hershey, PA Adventure which is up next.