Journey to Hershey, PA, the Sweetest place on Earth

After our journey to Rochester, MN we caught a flight to Harrisburg, PA which is a 15 minute drive from Hershey, PA. Our connection was in Chicago, IL and we missed our connection due to de-icing of our plane, had to wait for over 4 hours in the airport for the next flight out to Harrisburg, once there we rented a car and drove to Hershey, PA. BAM

Landed in Chicago, now grounded for another hour for de-icing 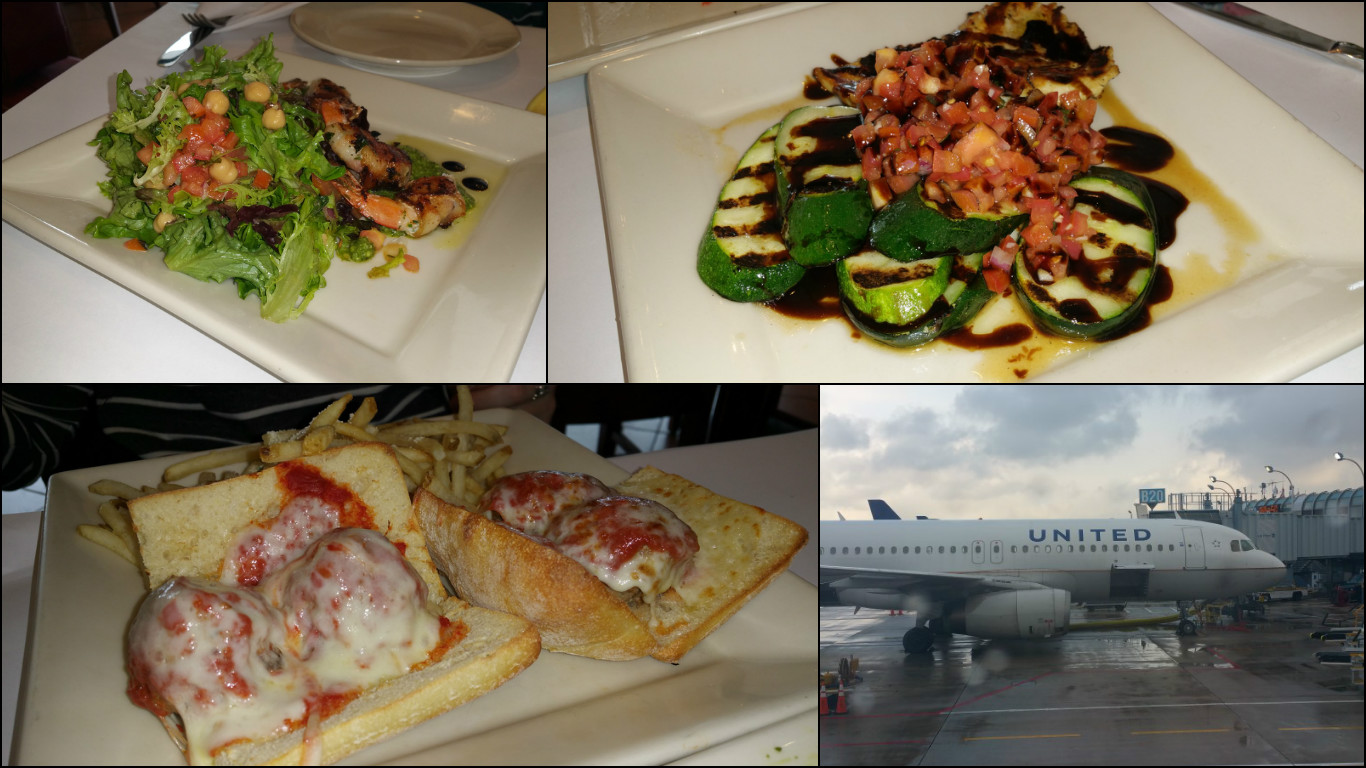 Our grub sesh at the O’Hare Tuscany Cafe

After our meal that did include gluten-free Omission lager at the Tuscany Grill and was pretty decent food we explored a little bit until our flight. The Chicago Airport was not bad and had various terminals to wander in and out of while waiting, I mostly slept on the chairs. At least we got to fly United this time, and it was my first United flight so was excited to see what this United was all about. 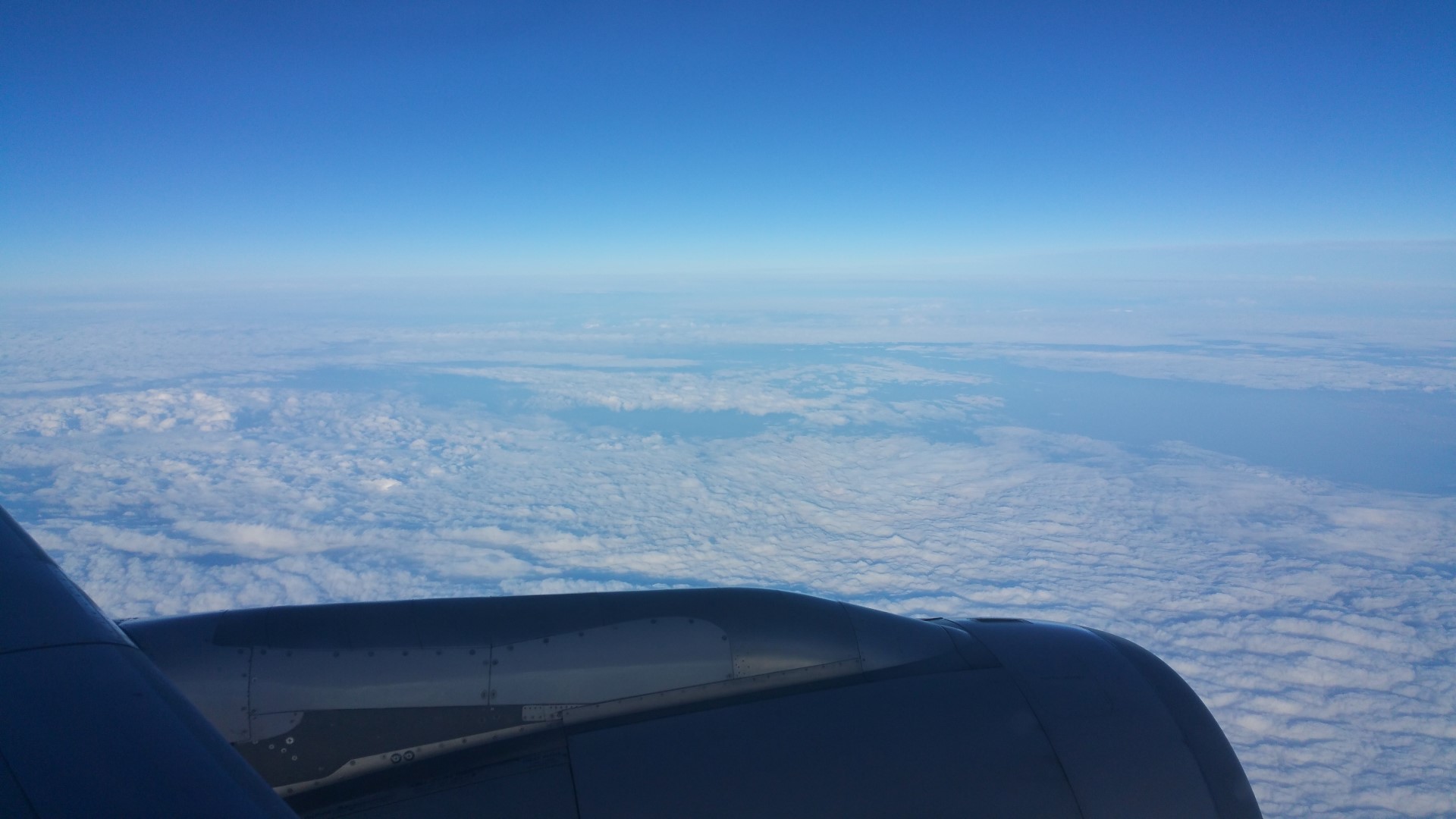 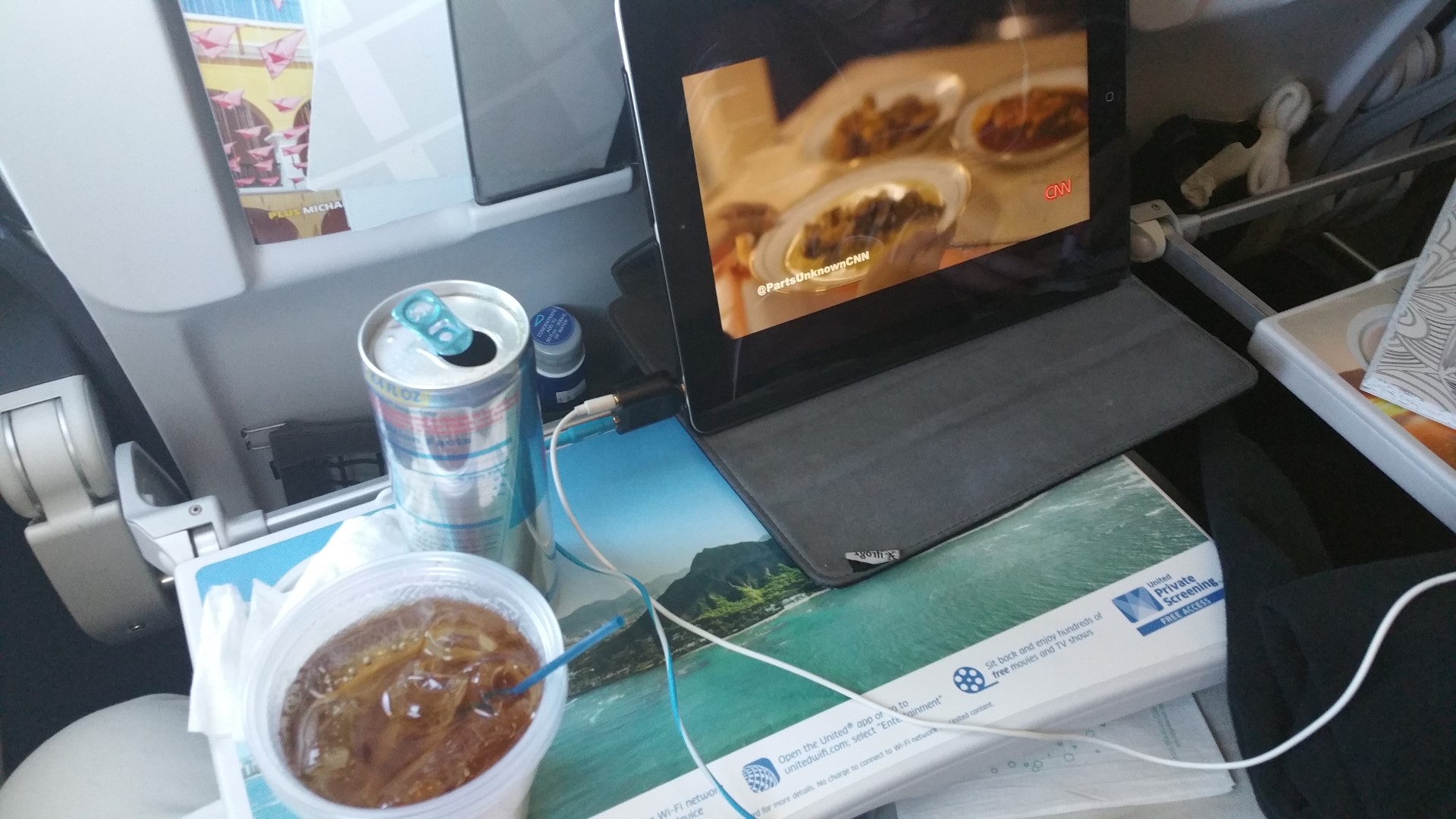 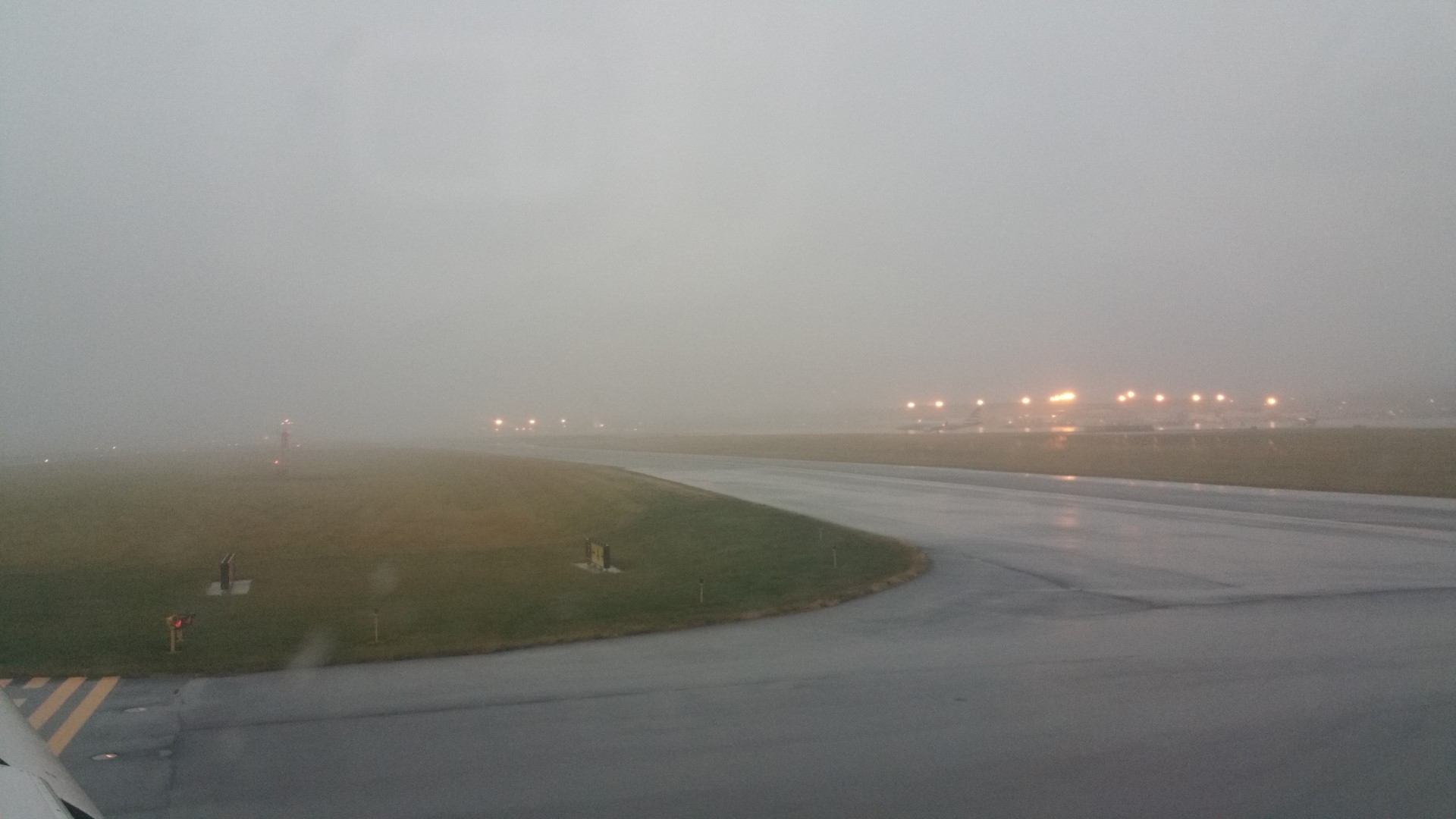 Landing into the unknown of Harrisburg, PA 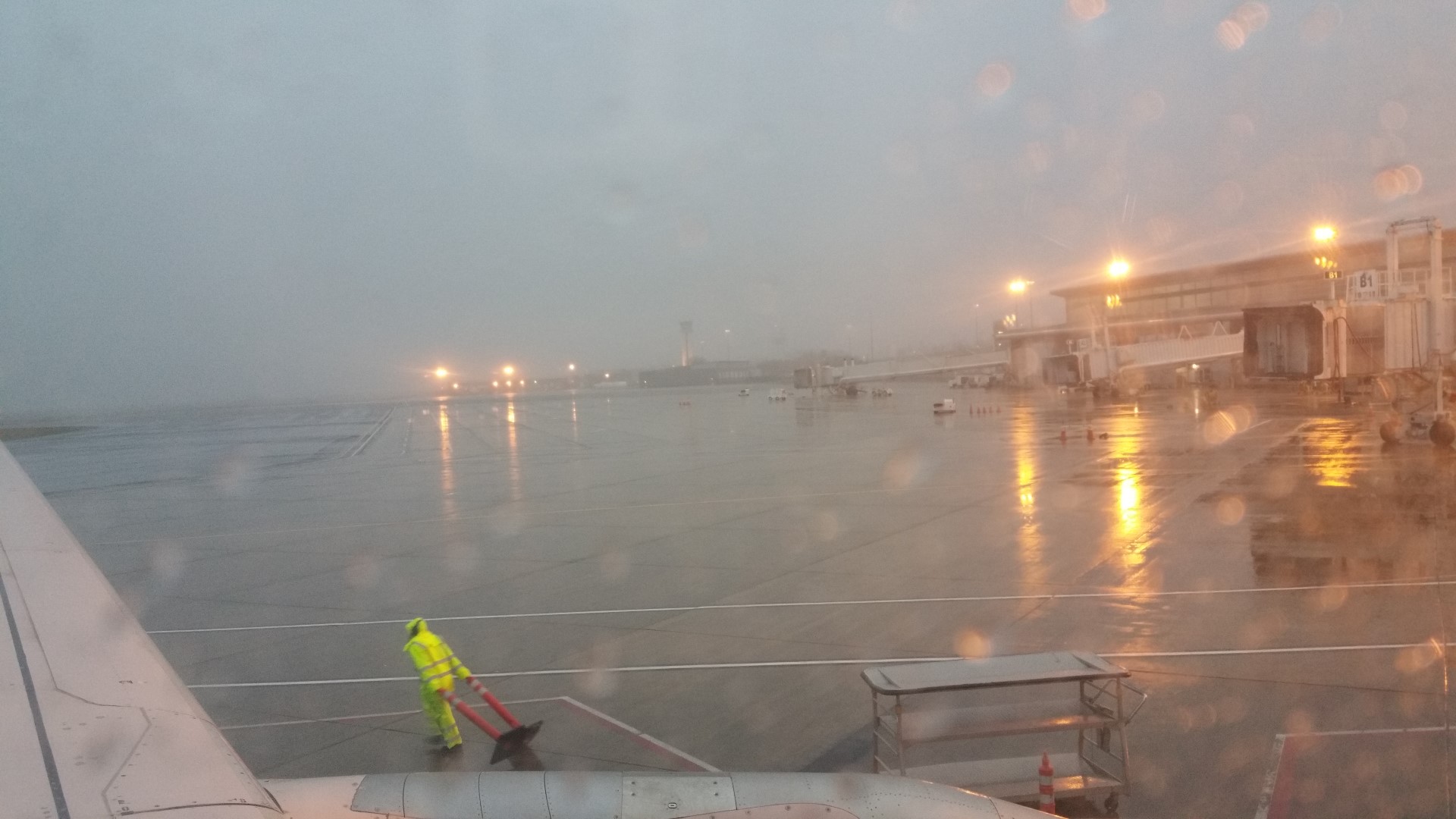 Was rainy and cold 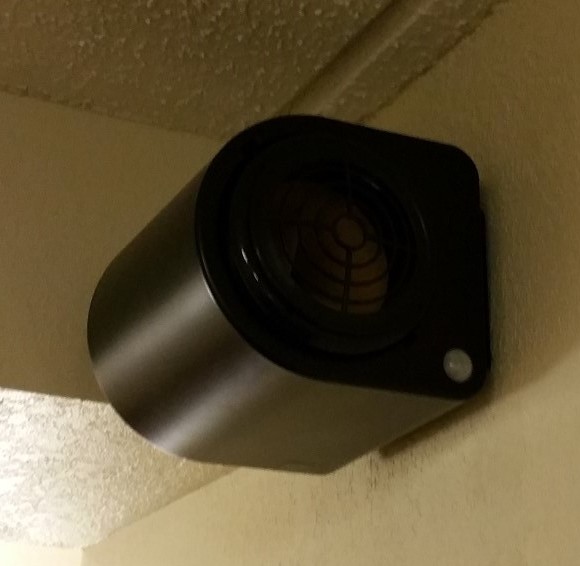 chocolate scent into the air..

We had a free hotel stay for our trip at the Days Inn, Hershey which was pretty comfortable and included a legit touch of pumped chocolate scent through the air the entire time. It makes you hungry, crave sugar, and totally want to go and explore the town and hit up Hershey Park! The hotel also has hot chocolate and free kisses. Only a few issues with the hotel was staff didn’t know park hours, there was dust all over the top of things, and we were called because our TV was to loud? LOL… 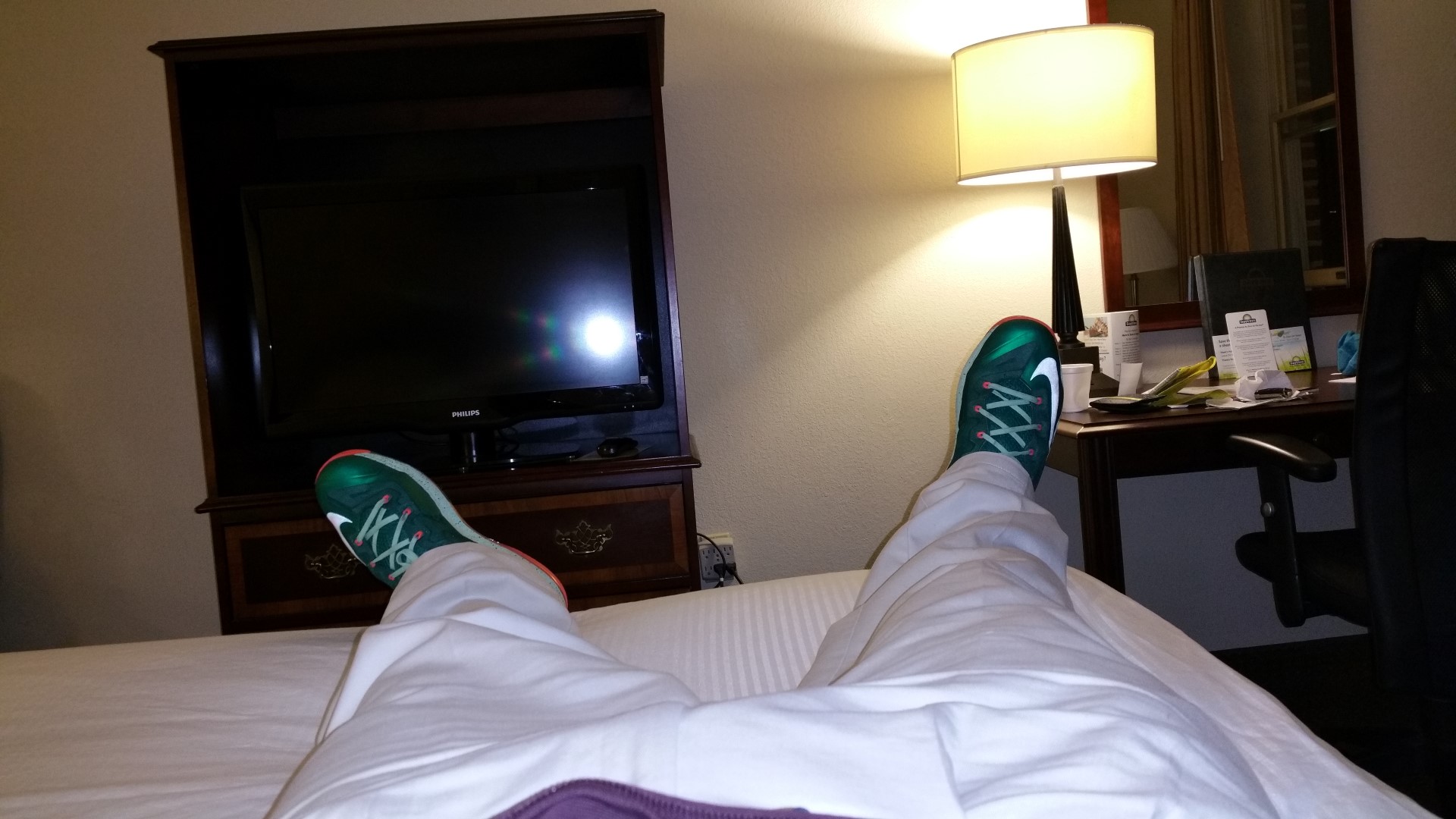 Finally arrived in Hershey at 9PM after only supposed to be a one hour flight at 5:55AM turned into an all day affair…

Hershey is a census-designated place (CDP) in Derry Township, Dauphin County in the Commonwealth of Pennsylvania. Hershey’s chocolates are made in Hershey, which was founded by candy magnate Milton S. Hershey.

Didn’t realize coming in at night to this charming Stepford Wives city that I would be waking up the best view in town.. 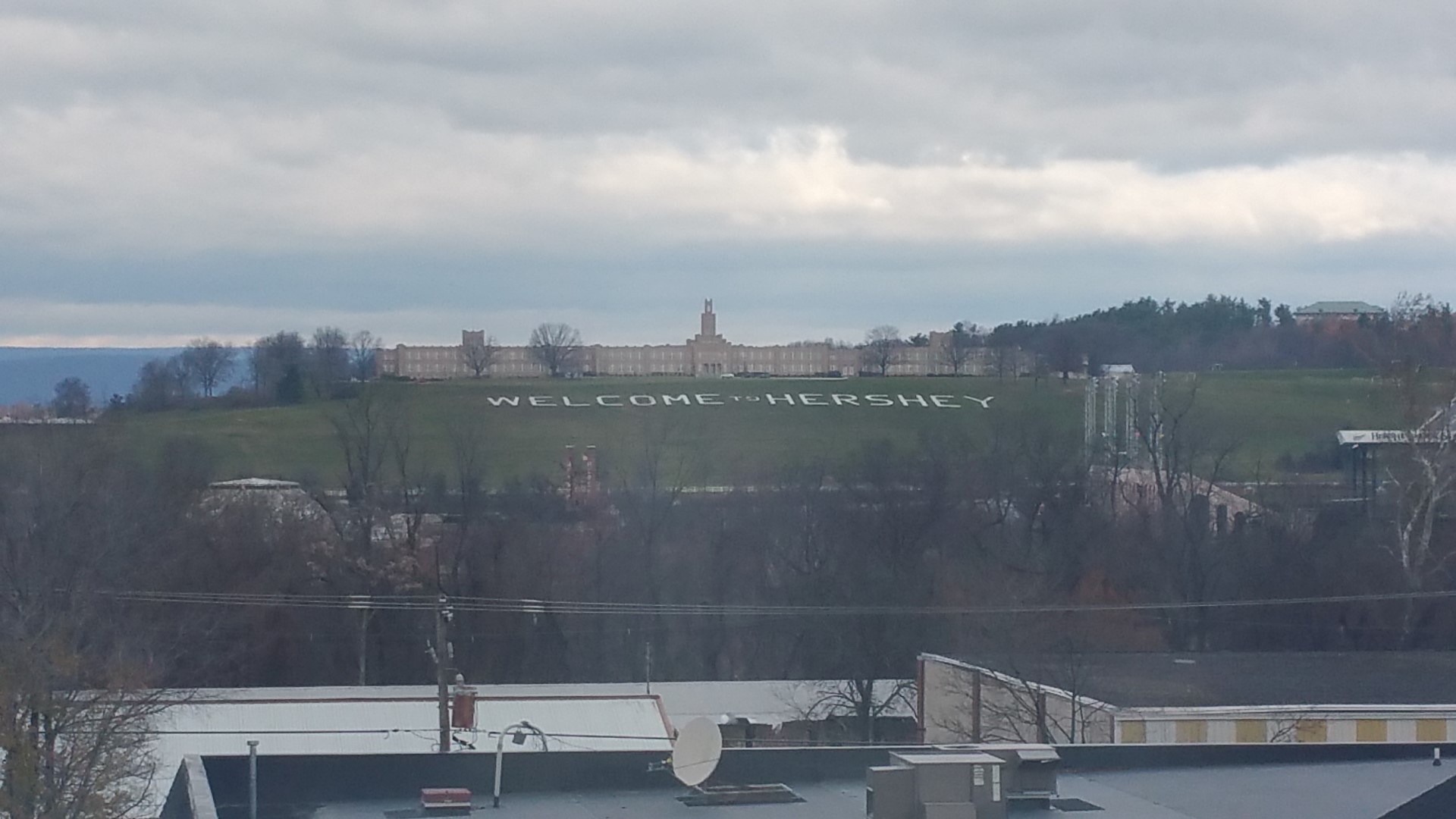 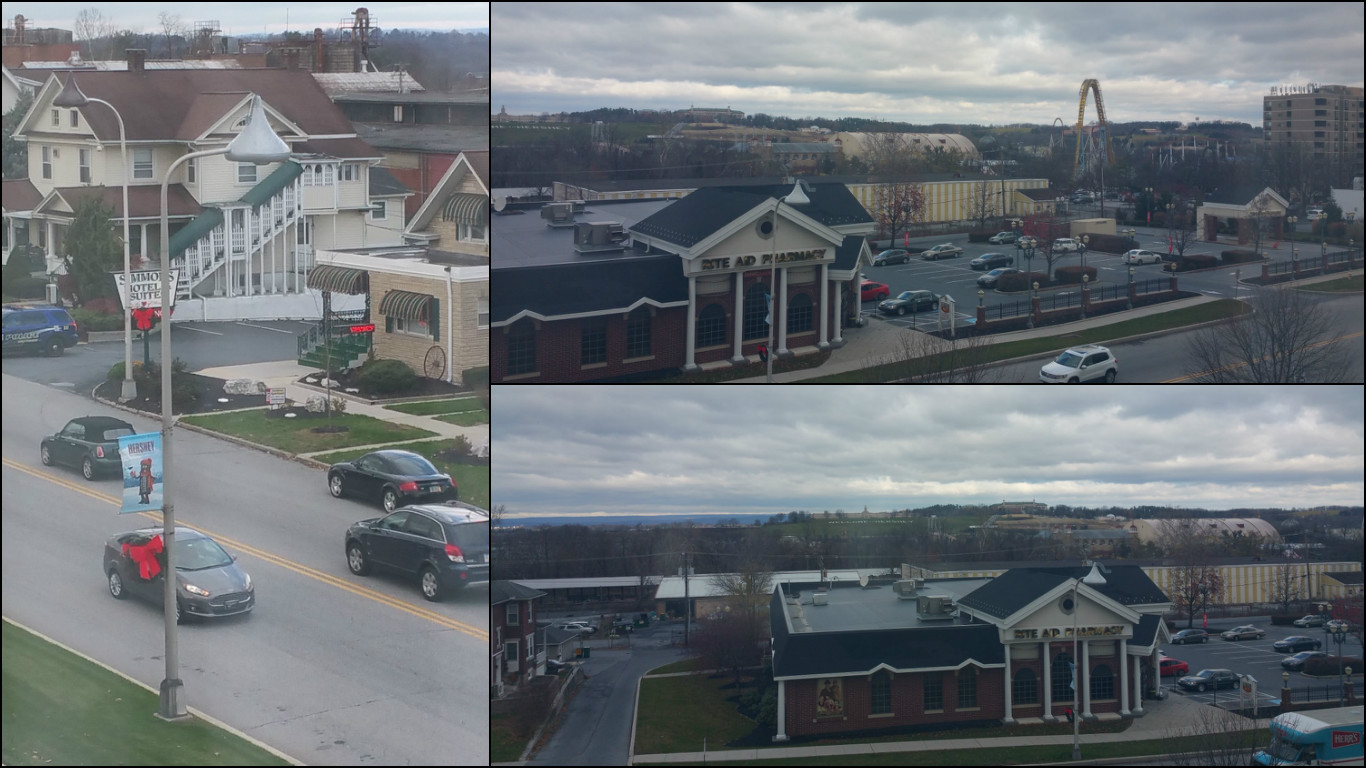 Street lights had Kisses as lights, and you can see Hershey Park

Let’s take a trip to the Hershey Story

This building is one of several Hershey spots that includes a deli, museum, and gift shop on the history of Hershey Chocolate 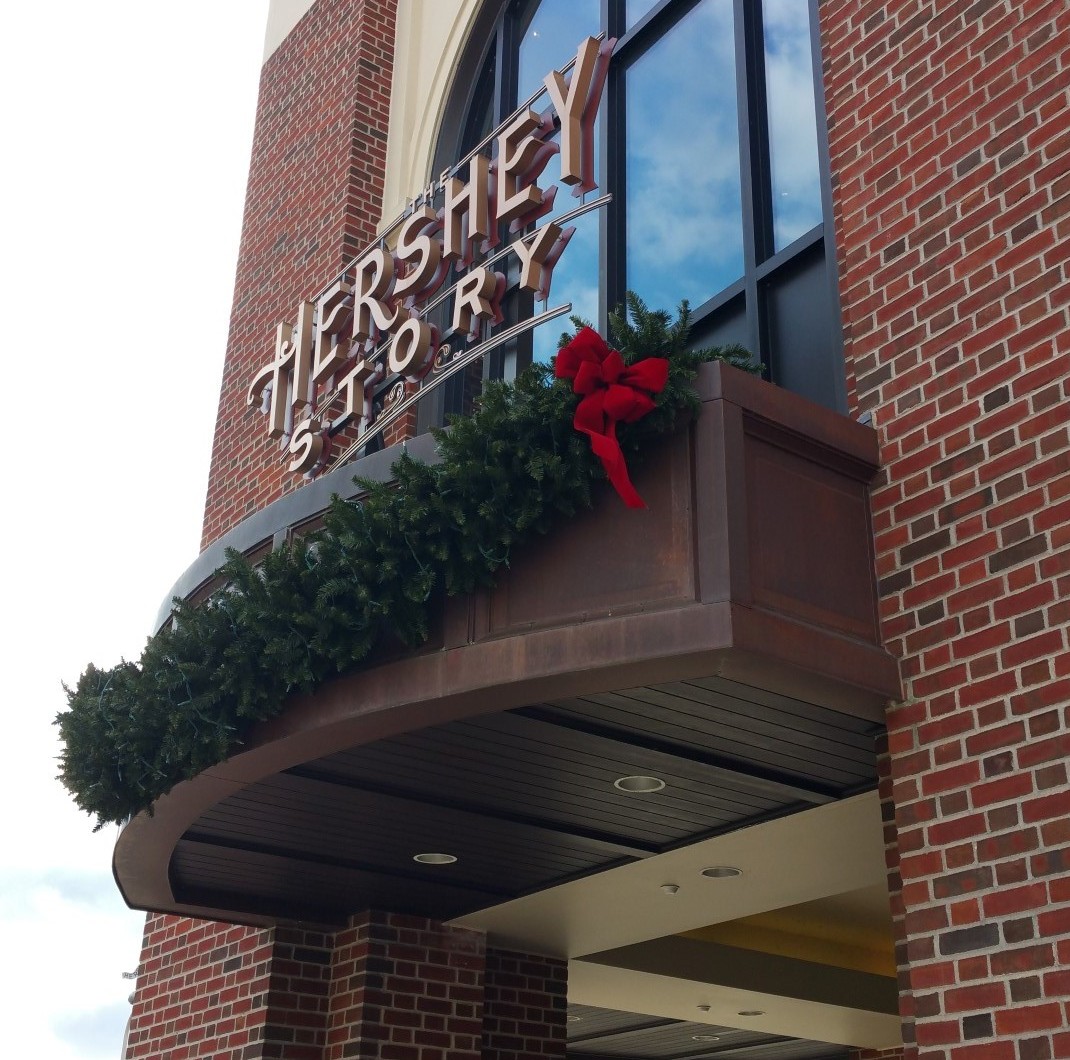 entrance and shit it was cold outside

Hershey Story was a cool museum, small but efficient in providing you with knowledgeable and background on Milton Hershey’s story and rise to fame in the chocolate world. Costs about $15 and you can complete it within and hour or so, not to bad. 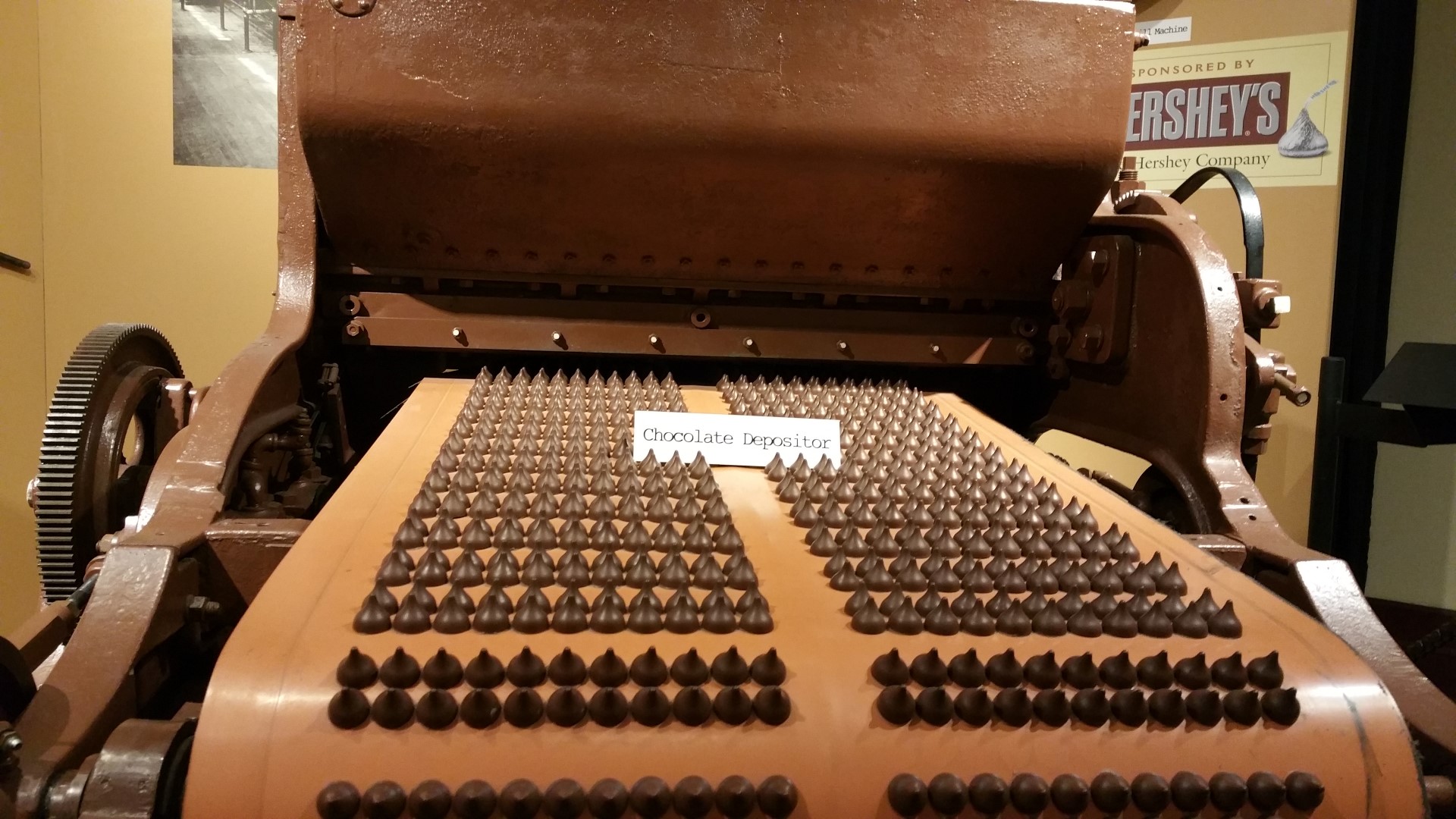 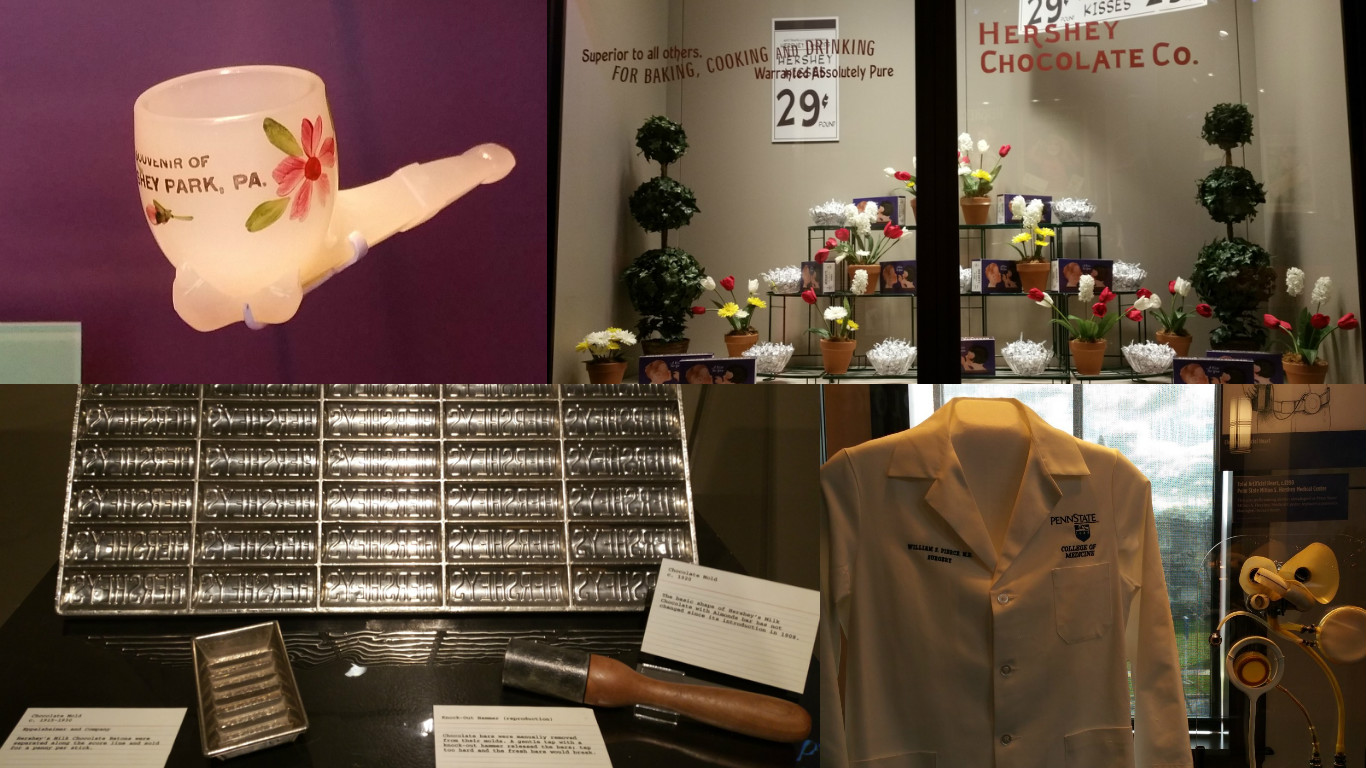 The deli inside this place is a joke of management, I’m guessing the manager had an entire table with her laptop, notes, books, doing paperwork in clear view of customers and there was 8 tables that were all dirty and un-bussed, she kept walking behind the counter and I asked her if she could bus a table so I could sit down and in the rudest fashioned she said “were getting to it”… I’m like ma’am you’ve been sitting on your ass for the past hour doing jack $@#. 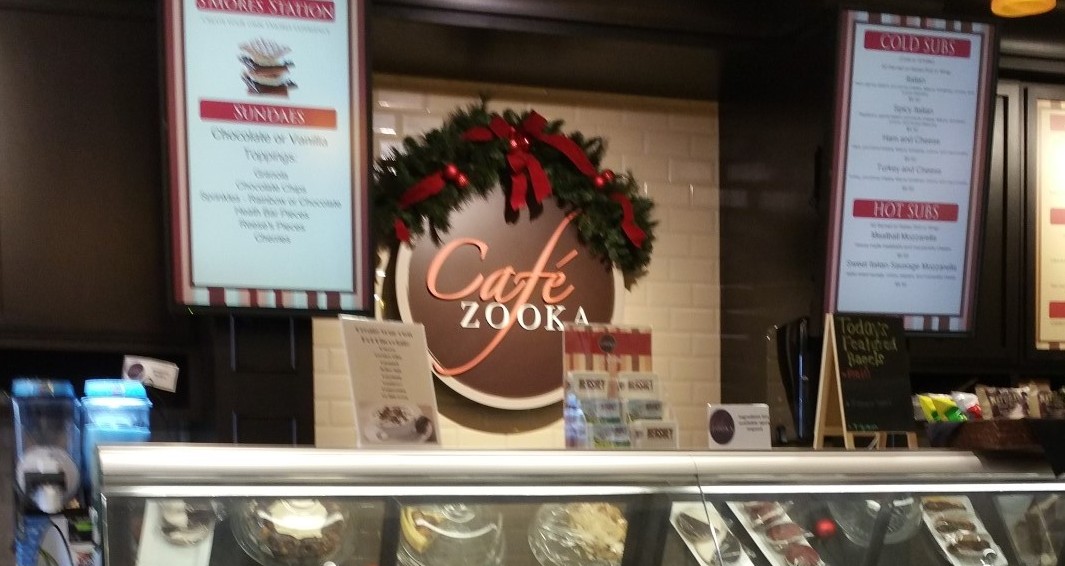 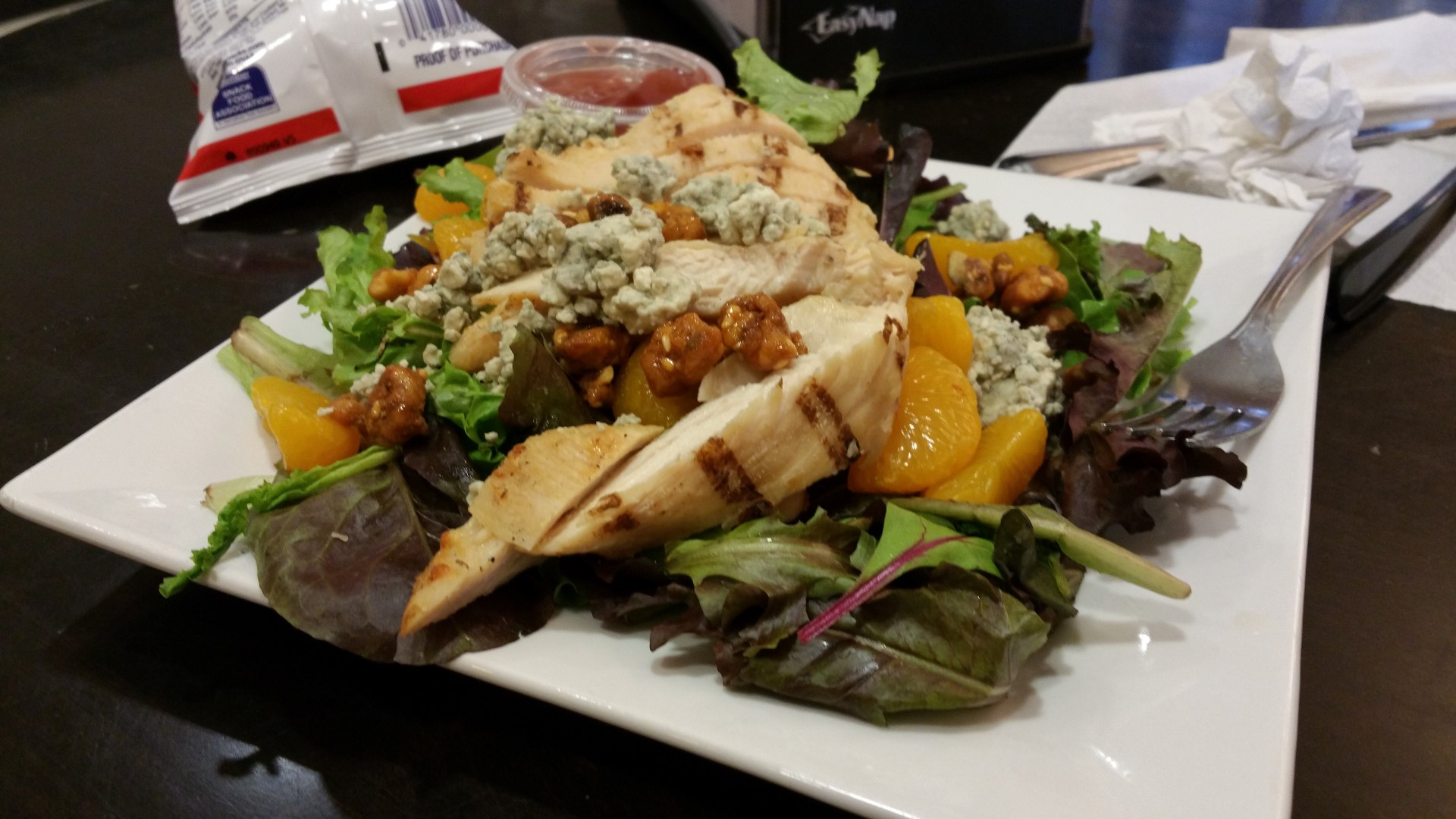 They also forgot my coffee, were out of three things I ordered and also had no gluten-free bread. Hershey Story: my professional advice is to fire this Restaurants Manager.

Then I drove to a place called Hershey Chocolate… LOL. Don’t walk in here because it’s not an attraction it’s an office building. I was like WTF how you gon make this look all touristy and shit and then make it office buildings, I was uber confused. 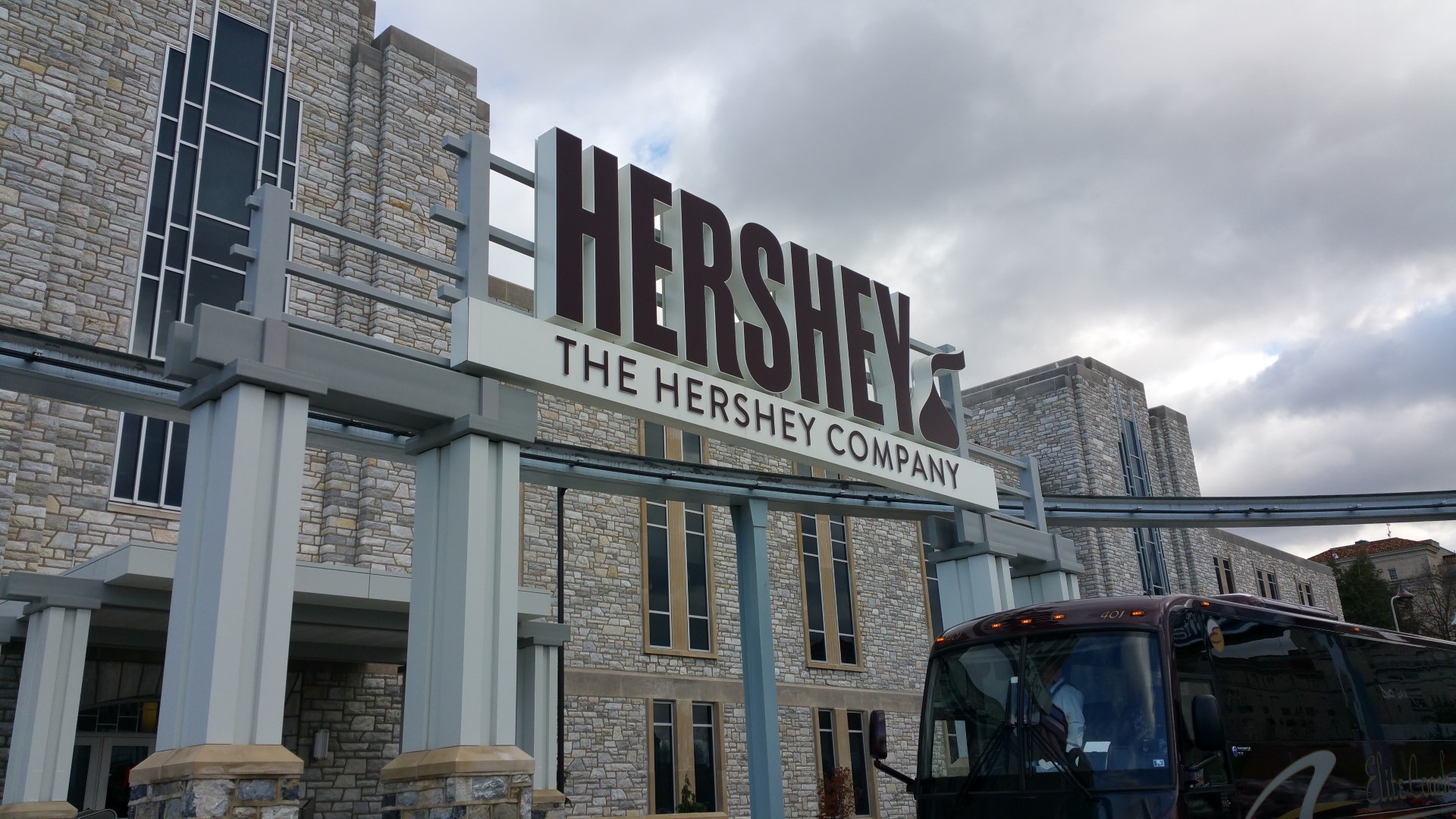 This is like Willy Wonka as it gets before you actually see Willy. 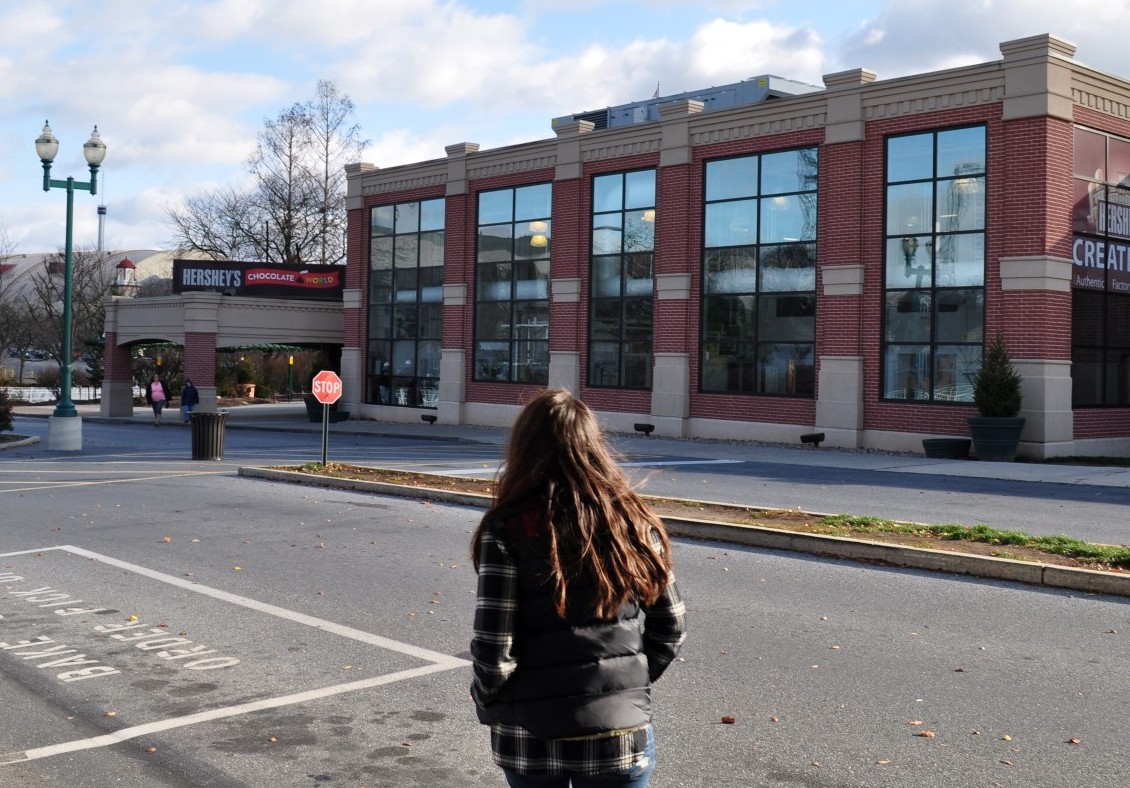 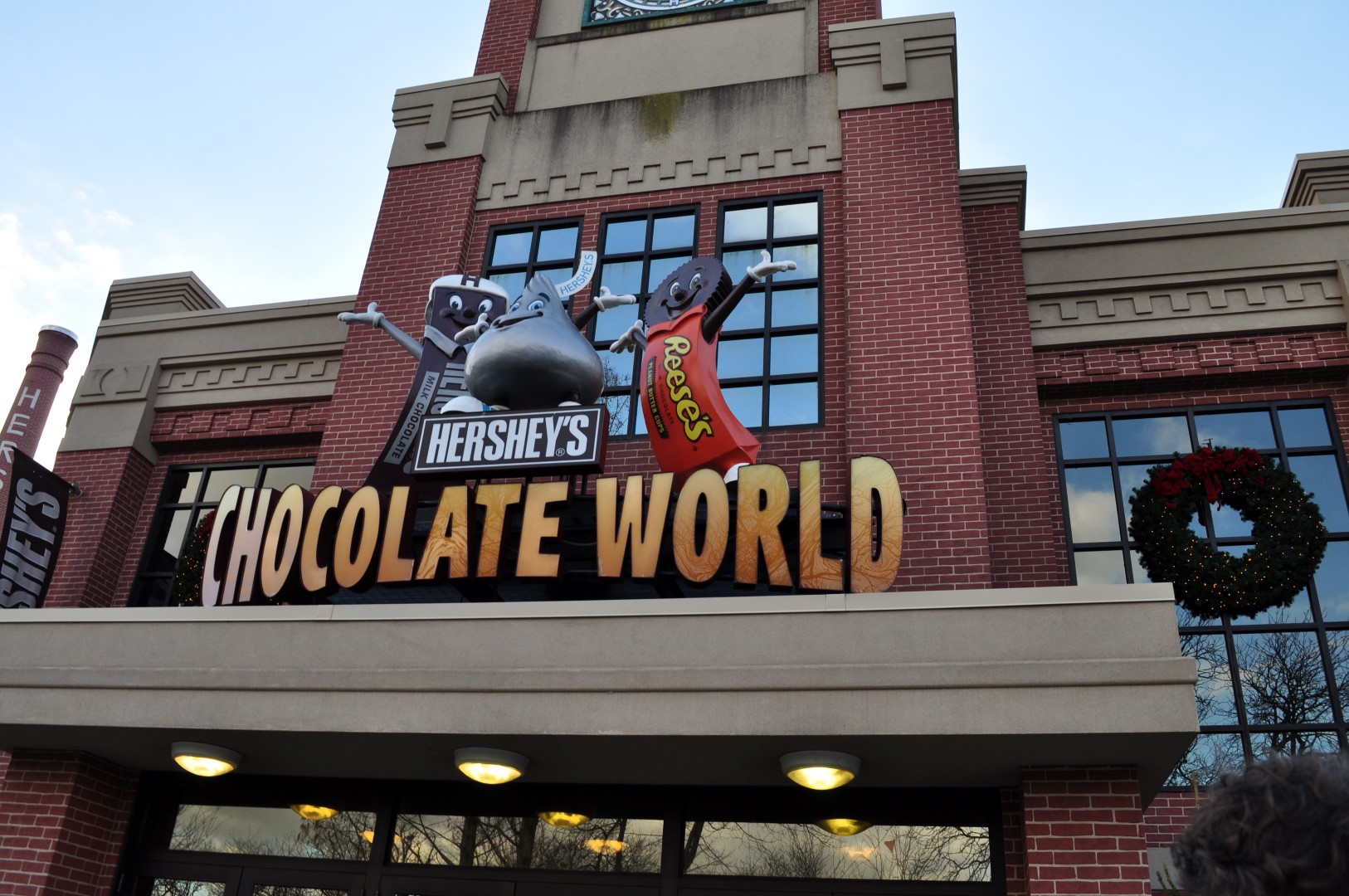 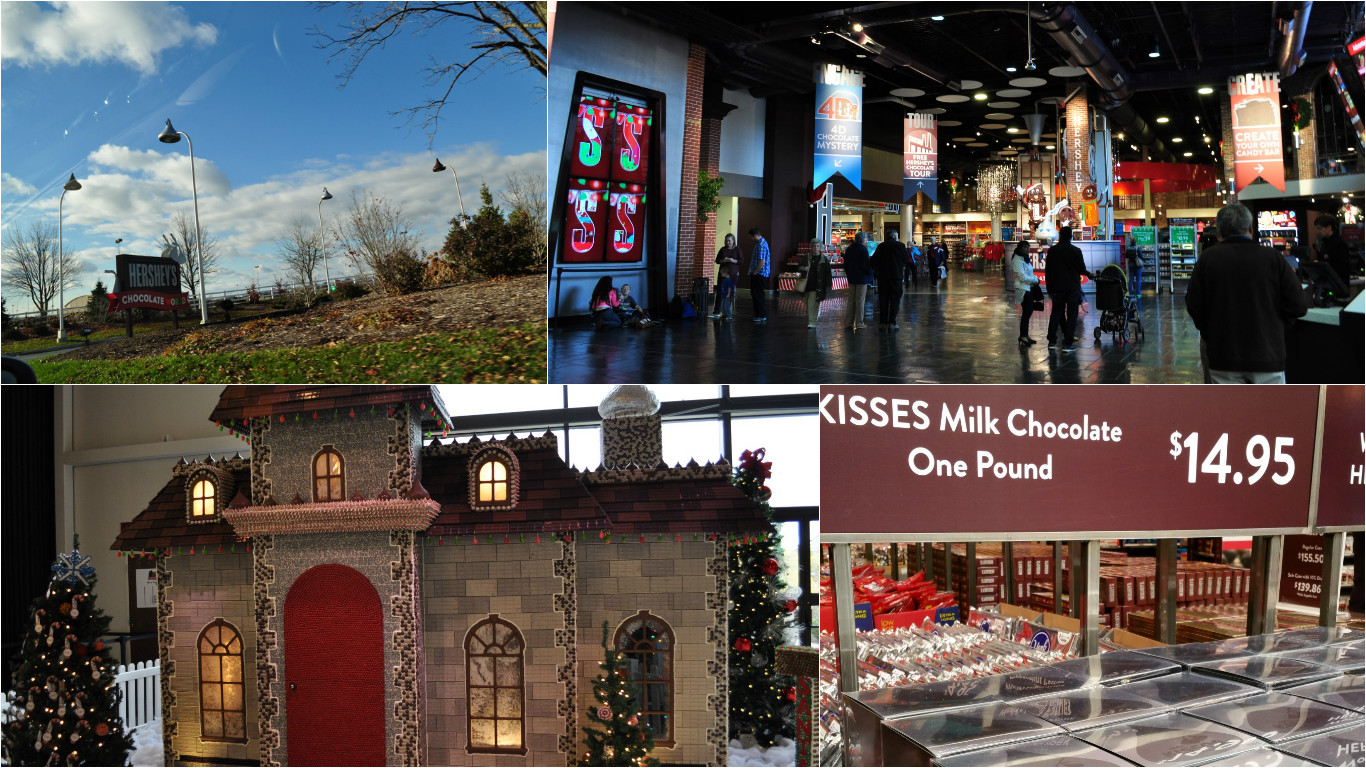 Huge parking lot, smells like chocolate, take photos outside before you enter and bathrooms on the left. Soon as you walk in your hit with chocolate and the Las Vegas of the chocolate world. They have a ton of different chocolates, clothes, drinks, items, swag, you name it. 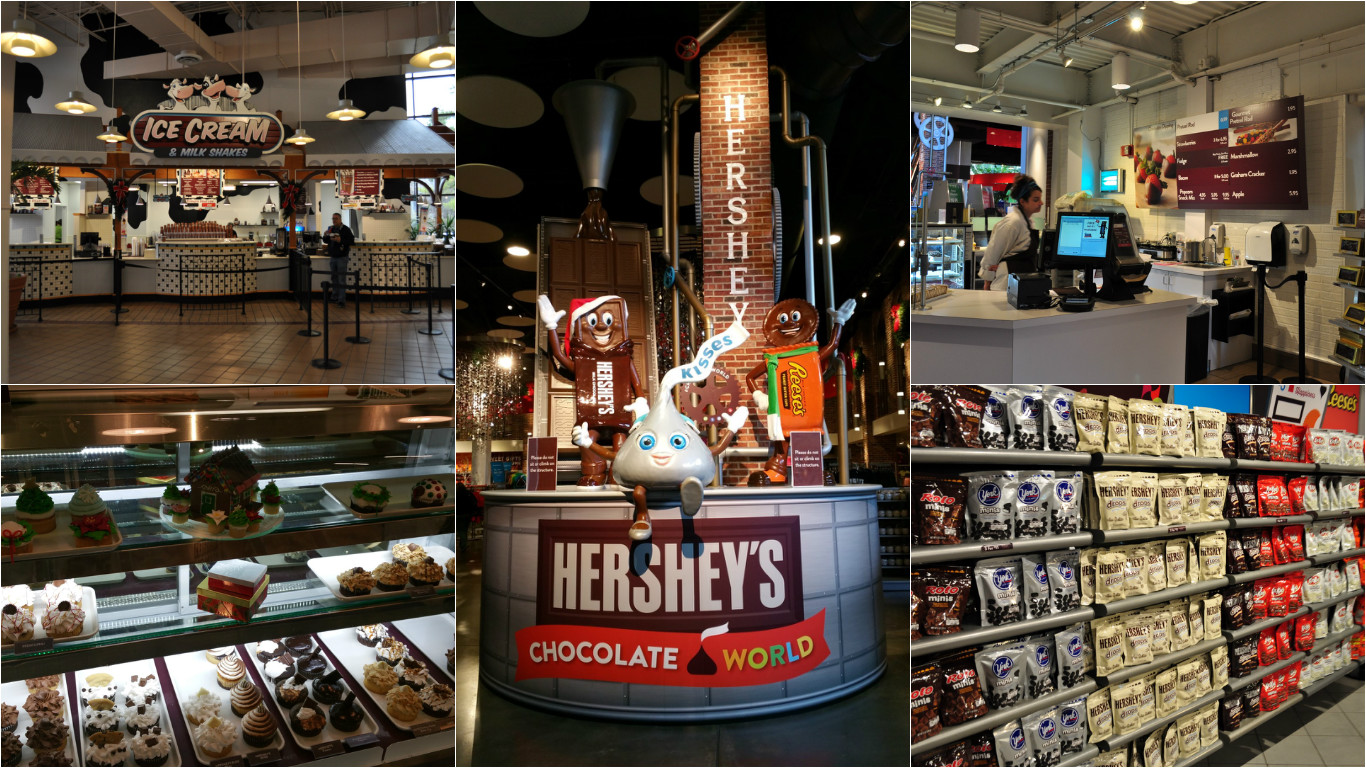 They also have a few delis to grab a bite to eat, a milkshake spot, and a bakery, you can even make your own chocolate bar as well..

the best part? THE RIDE?!?! This is a free attraction and it’s a constantly moving ride that you jump on and tells you the entire story of how chocolate is made and that song gets stuck in your head forever. HERSHEY’S MILK CHOCOLATE…. lol 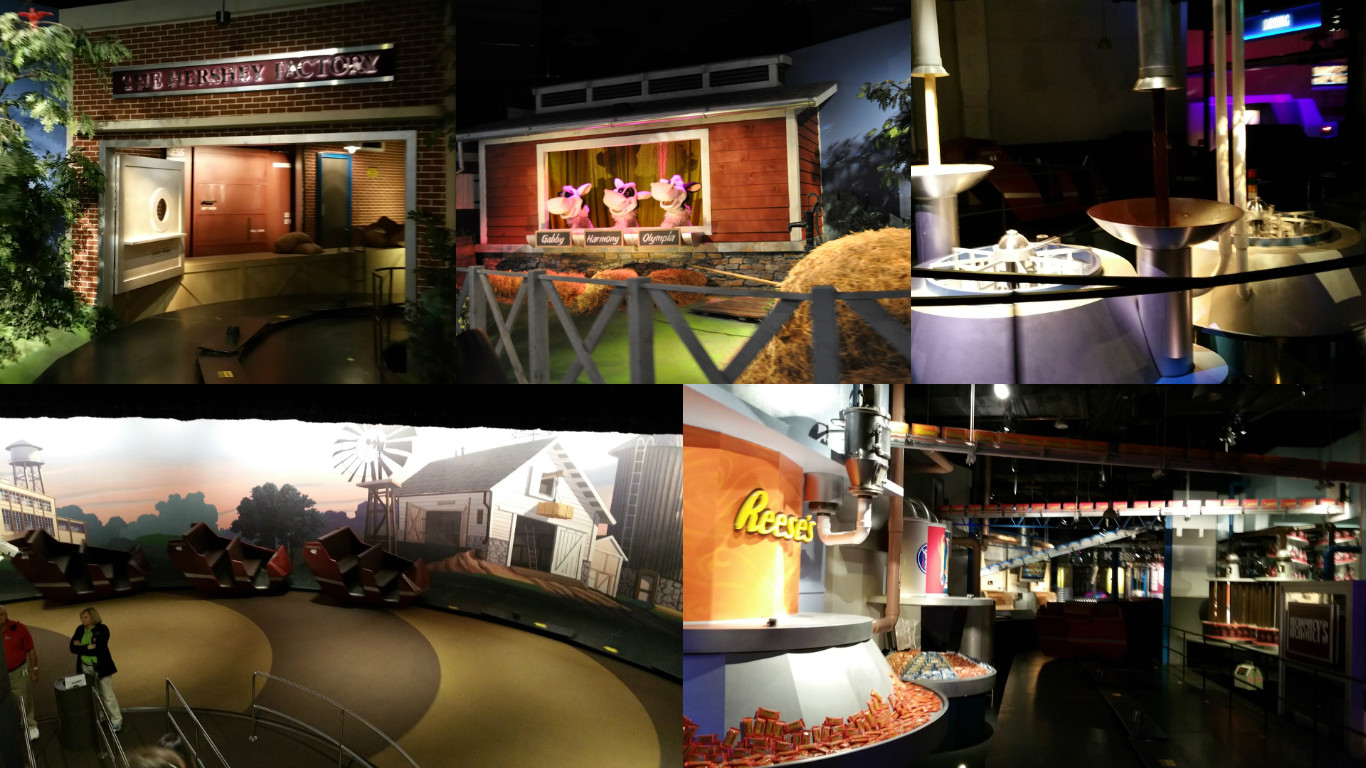 This is the spot to check out when visiting Hershey.

Lunch and Dinner at Hotel Hershey

Any way on to the next adventure in Hershey which is lunch at Hershey Hotel’s “Harvest” and then we drove around exploring and stopped at a Bass Pro Shop, until dinner at “The Circular” which is also located in Hotel Hershey. At $600 a night hotel their food better be damn good. 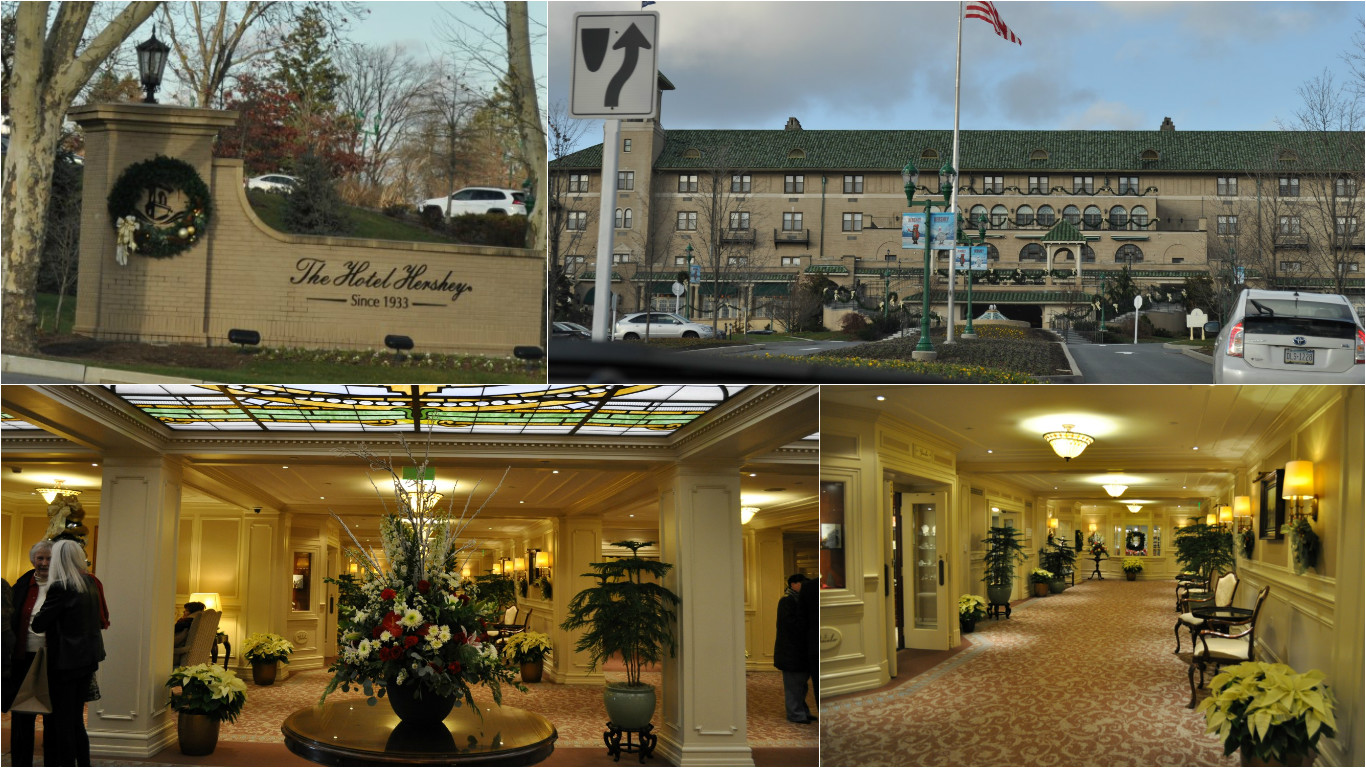 Harvest was high hopes for our first “Chocolate” drink in Hershey we were craving a chocolate martini or something similar to be excited about, basically parking a mile away to walk all the way through the hotel to get here we were ready for it.

First walked to the bar and waited for few minutes with no bartender, then had to wait 10 minutes to be seated in a nearly dead restaurant, beautiful views however. We ordered our drinks and told her I was gluten-free and she told me she would check on anything I ordered. 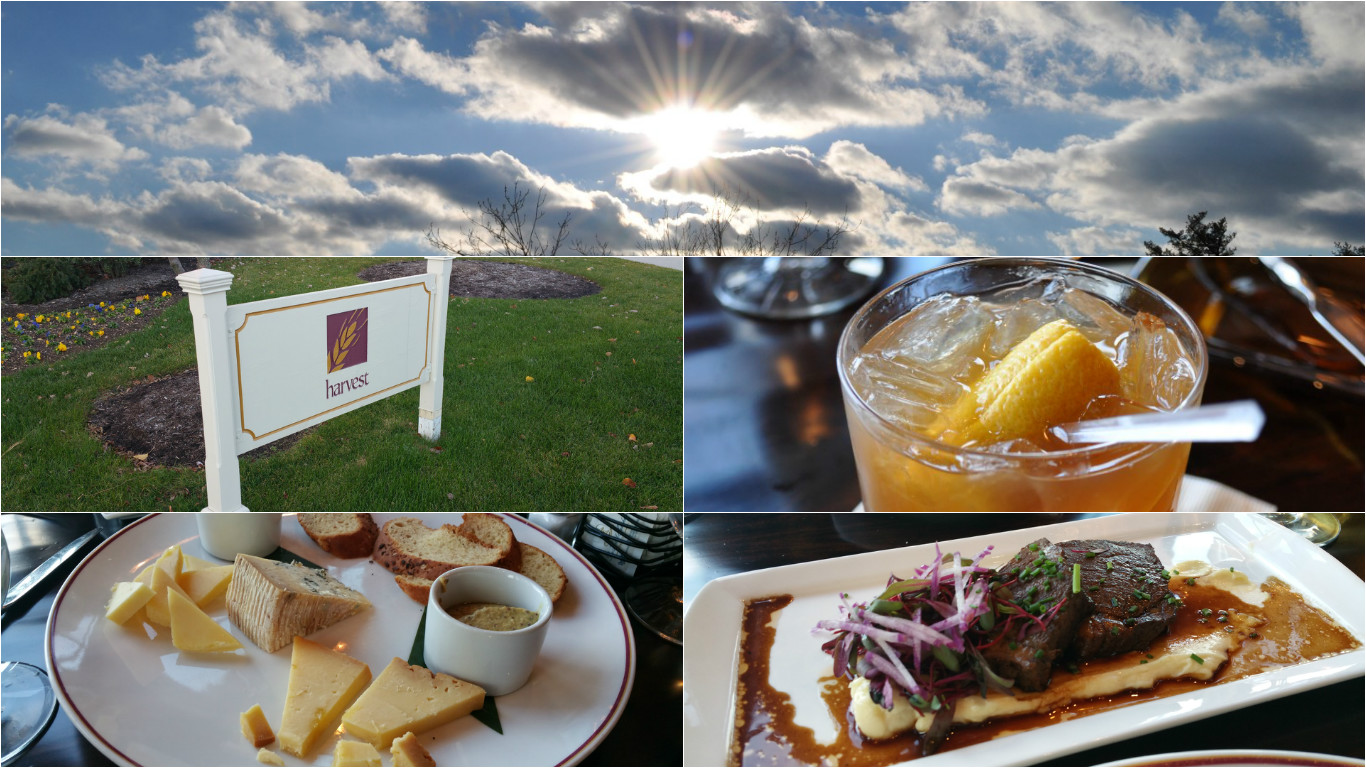 My drink an honey maple cider which had Jack Daniel’s Tennessee Honey, Local Maple
Syrup, Local Apple Cider was excellent. However the ladies I was with had two different chocolate martinis and tasted like crap, pure alcohol no chocolate flavor and just bland for $12, you expect Hershey Hotel to have these martinis down, but nope only ordered one then we were like let’s go somewhere else.

However we did order a cheese plate, and pork roast type thing and the food was EXCELLENT and tasted very good. The presentation was also beautiful, bartender however sucked.

Dinner at Hotel Hershey’s “The Circular”

After being a little let down at Harvest we knew this 3 star diamond spot had to be a great pick for a hotel restaurant, this was their shining joy and it turned out to be 5 star.

Walking in to the Circular Restaurant

One of the best meals of my life…and as always gluten-free accommodation was epic.

Didn’t know what to expect but walked in with no reservations and got seated right away, there is a circular bar in the middle and all the windows overlook the outside courtyard which is beautifully lit up. Got an old fashioned to start that you can pick from on their iPad menu which is totally legit and reminds me of Vegas at Gordon Ramsay’s spot. It came out with an entire sphere ball made of ice and I was like where is the whiskey? Then she goes bam with a hammer on it and the drink spills out, I was amazing how epic that was done. 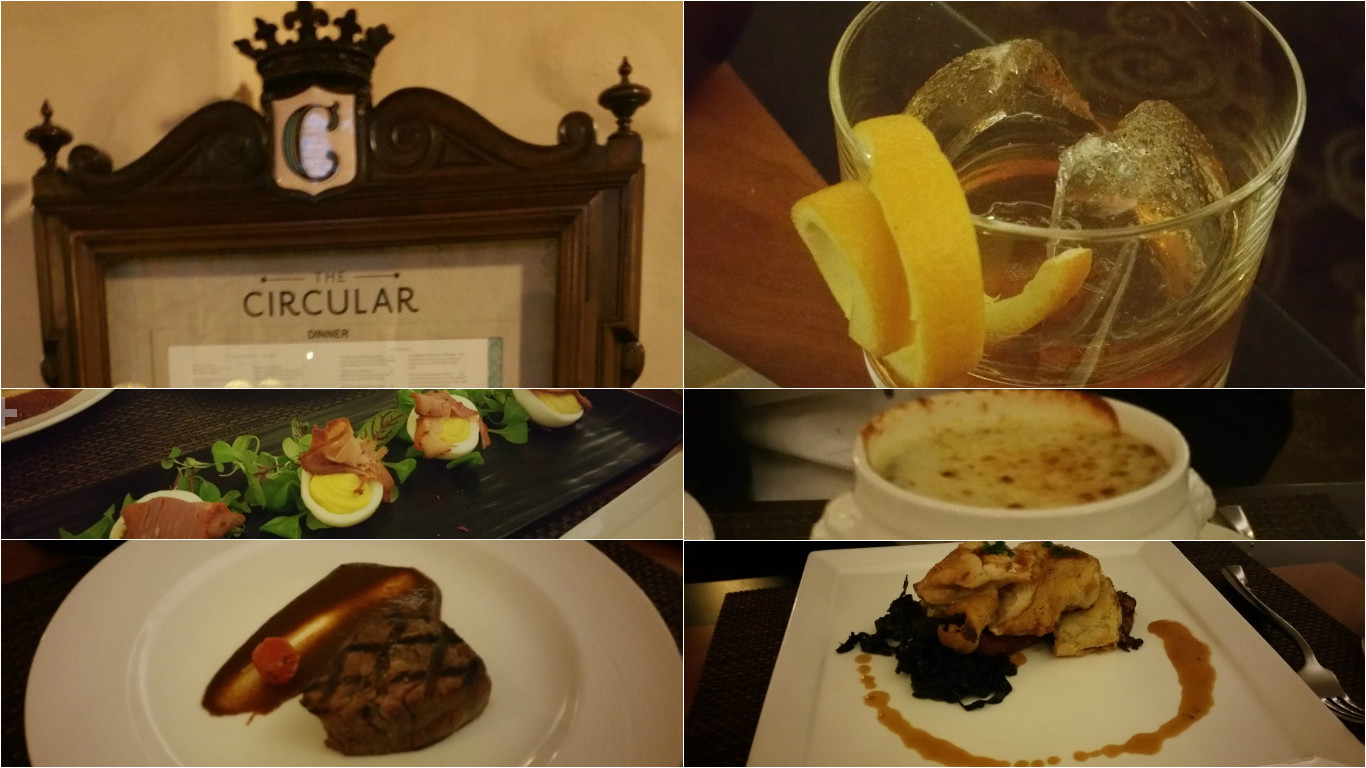 Deviled Eggs appetizer and pumpkin soup all was presented beautifully and tasted so darn good. Had flavor explosion in mouth k thanks. For dinner I just got a filet Mignon and sides of mash potatoes which were so creamy and bomb-bay, and a side of roasted fall squash that had feta and pomegranate DAMN good. This place is epically good and wish I lived here I’d go here everyday. The service, food quality, cleanliness and atmosphere were all 5 stars.

Until next time Hershey

Thanks for following my Hershey PA Adventure… next stop: New York City!