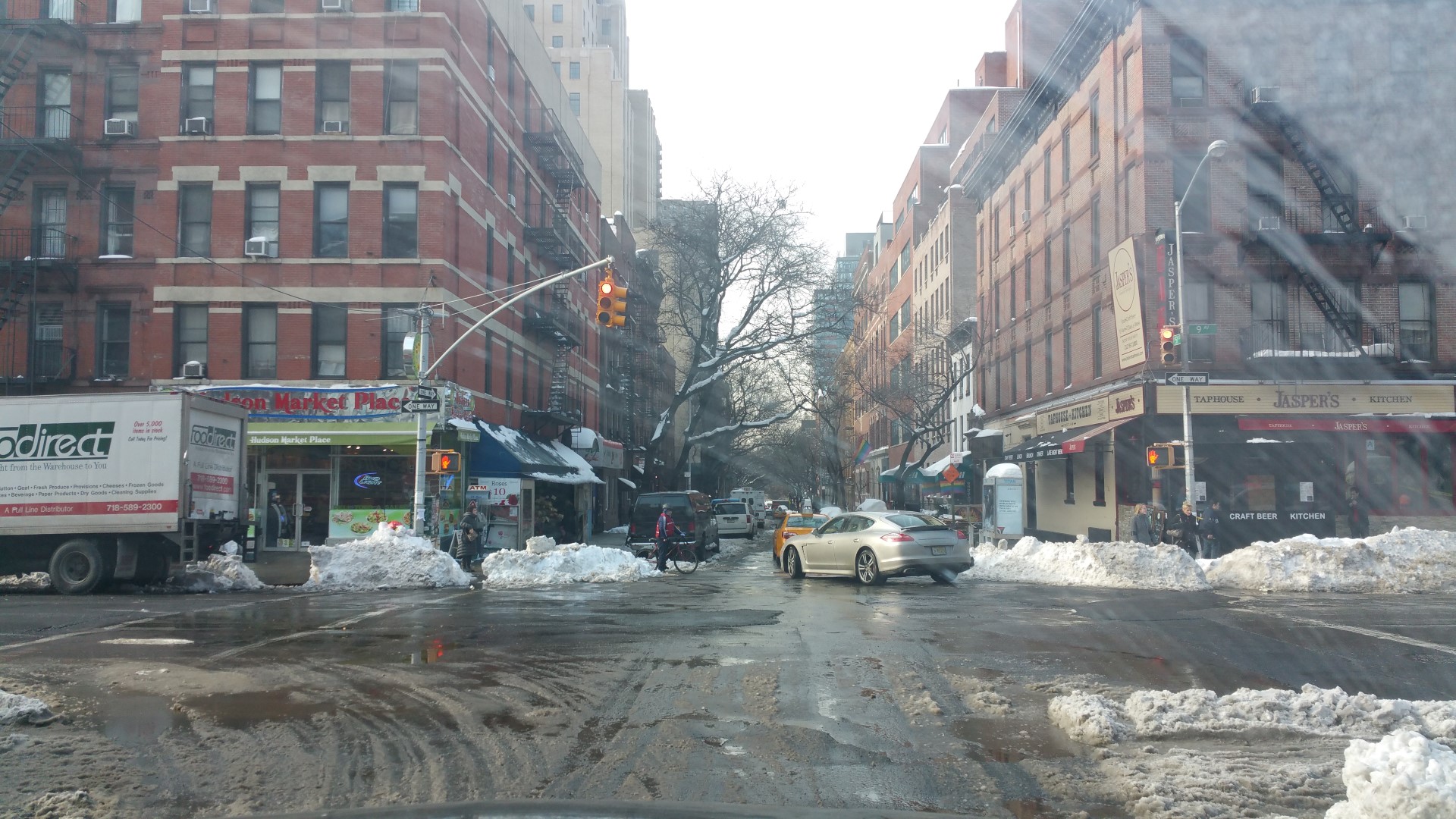 So on the way to the airport and after paying $100 for uber black we were notified our flight was cancelled. Bullshit. So only 2 of us could fly out that day when there were 4 of us total, so me madre and I ended up having to go to airport, drop them off, turn around find an uber and go all the way back into Manhattan since we didn’t want to stay in Jersey for the night. On the way back our fucking uber driver hit another car LOL, and halved our fare but still was pretty funny and didn’t matter since we weren’t in a rush! Ended up hitting up Carlos Bakery, Ninja New York, and saw Star Wars! 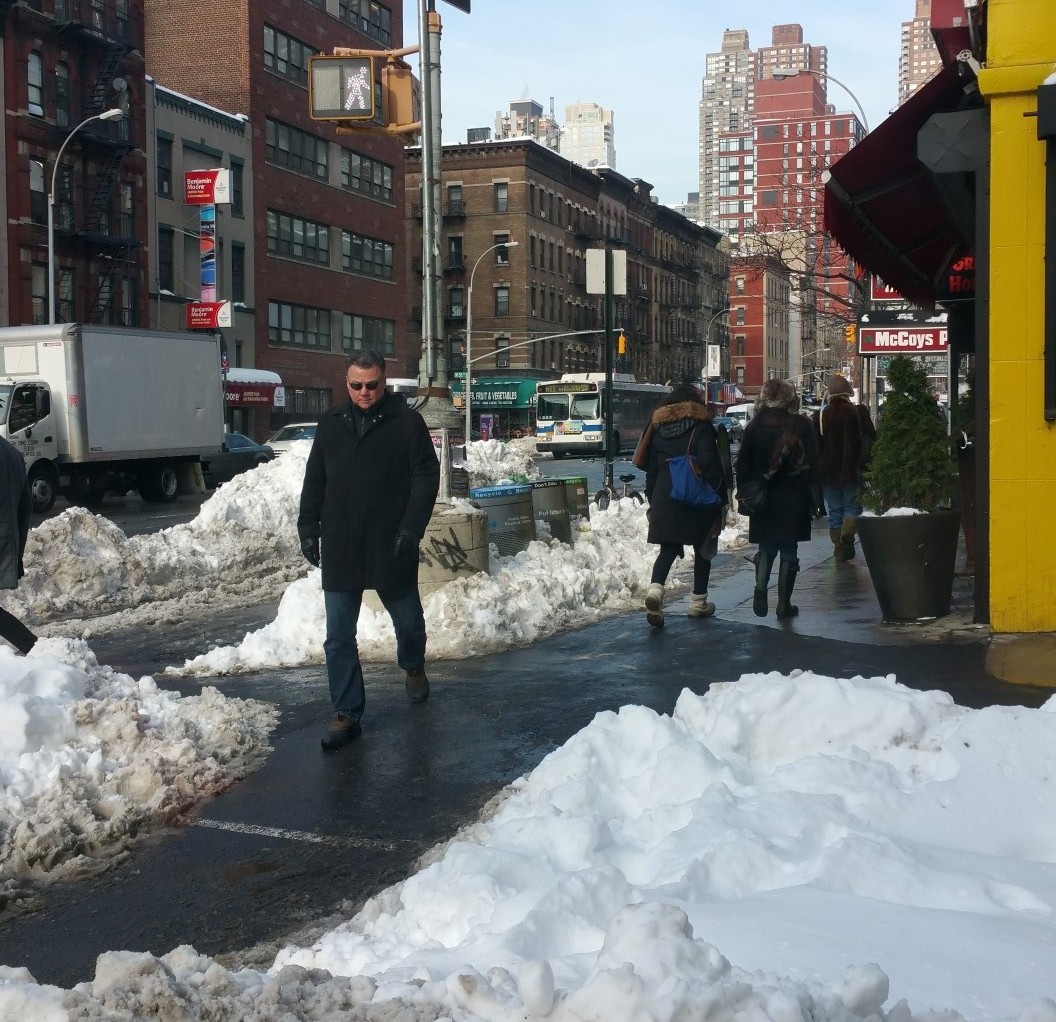 Snow was still heavy on day 5 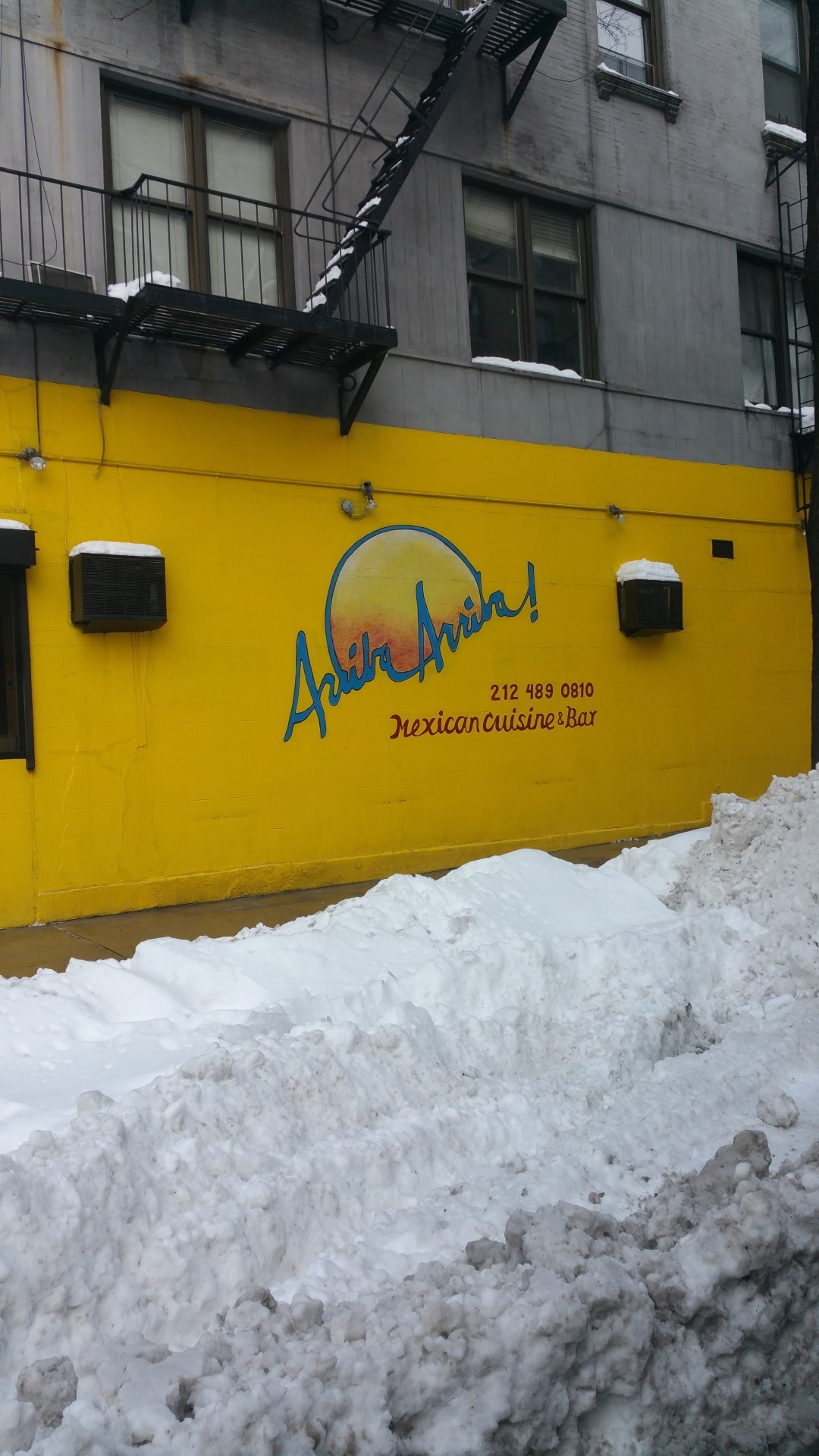 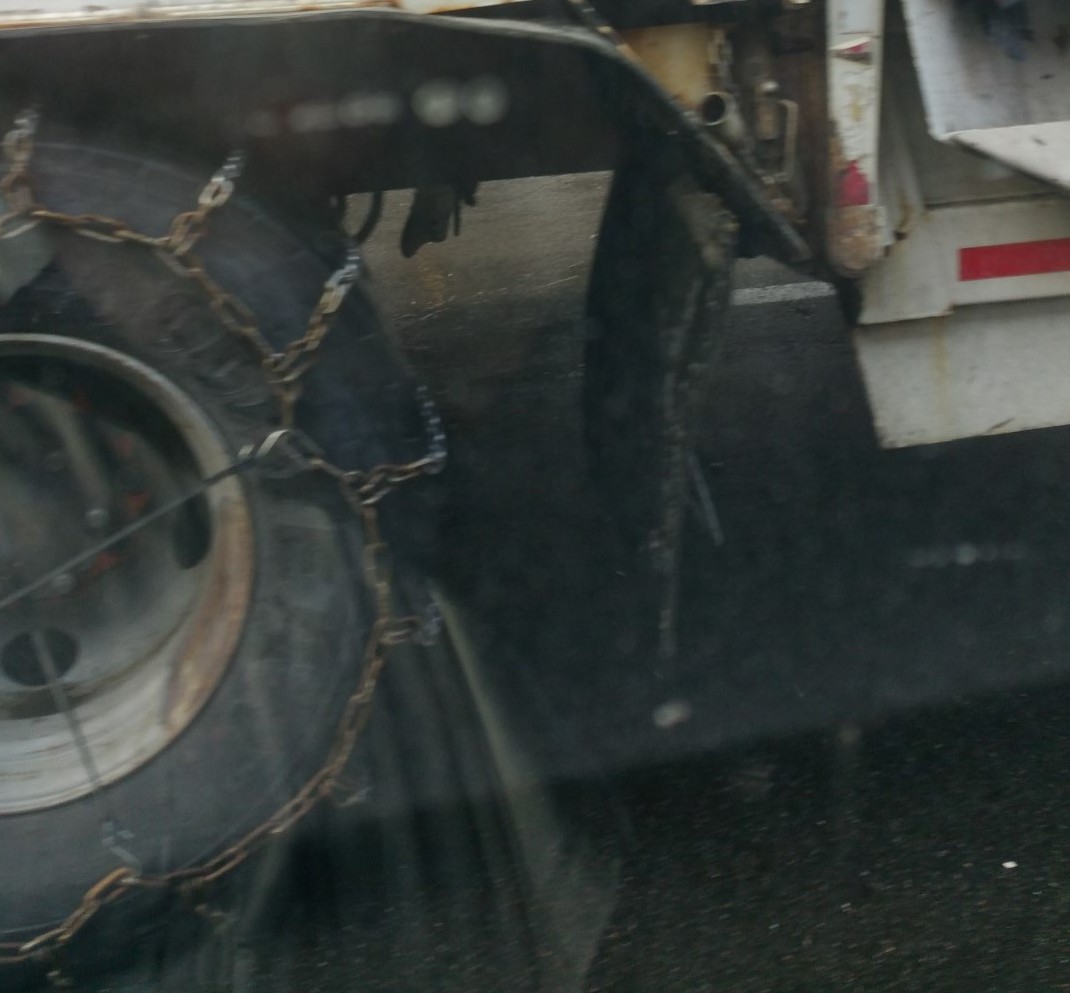 These chains were on all the city trucks. 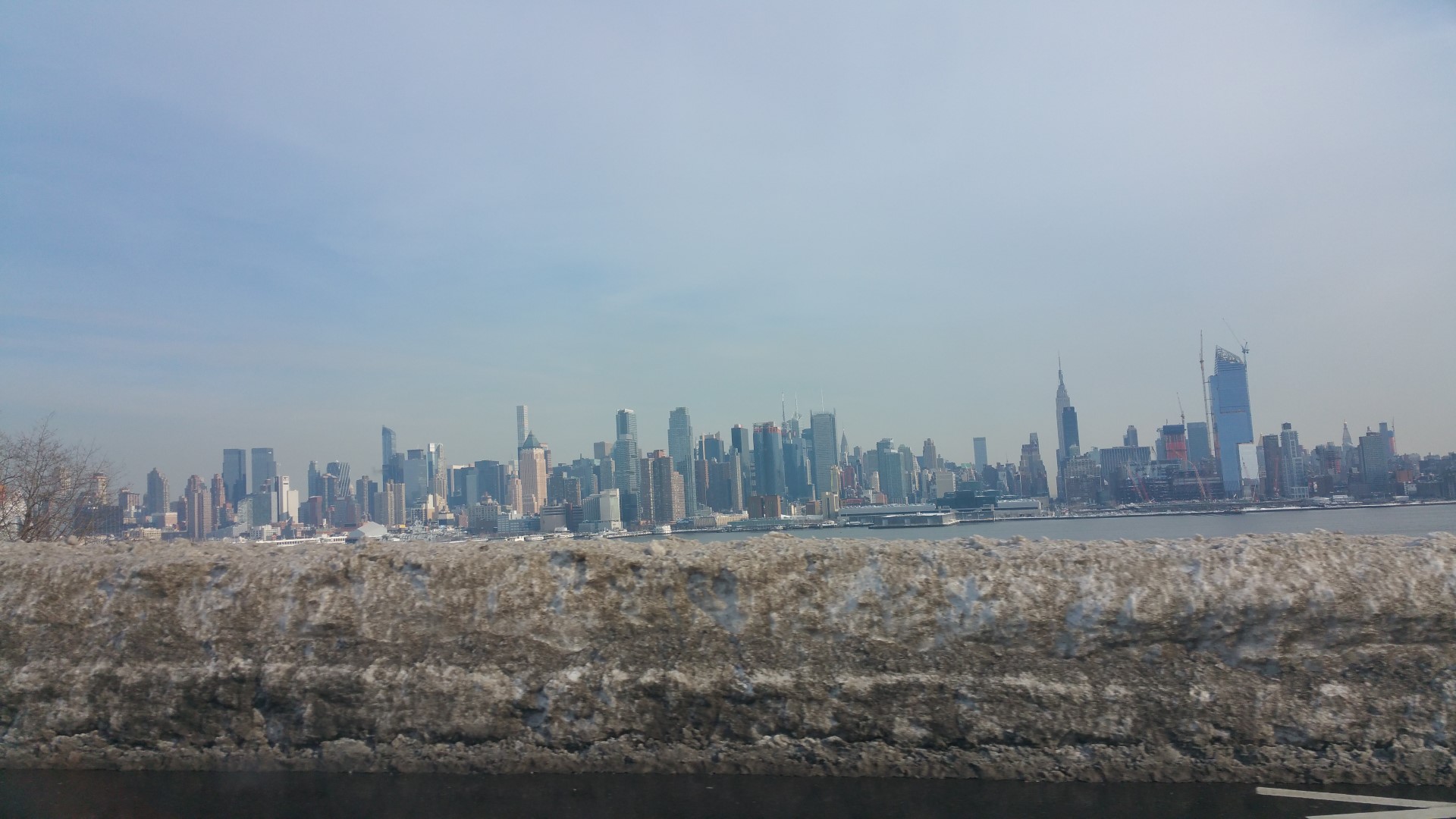 I was like goodbye New York, see you never.

Then ended up at airport, learned our flight was cancelled, recalled Uber now he just ran into the back of a poor guy on his way to work and was giving him that Jersey bullshit talk like it was his fault, lol. 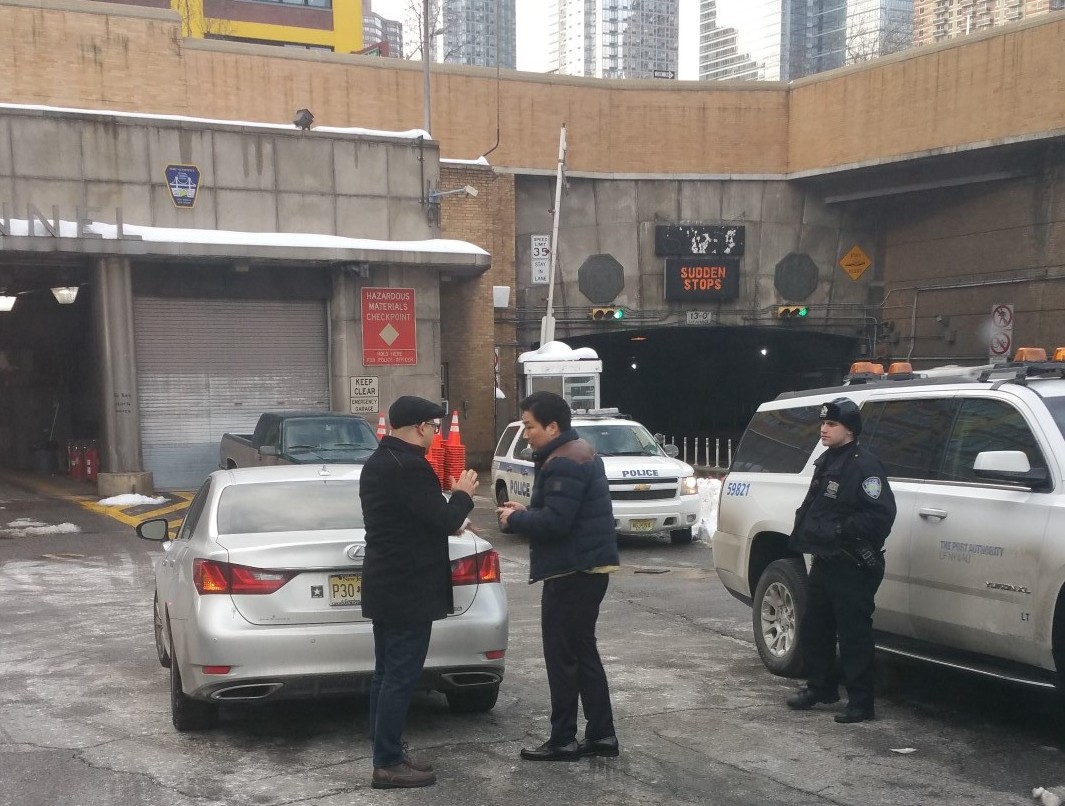 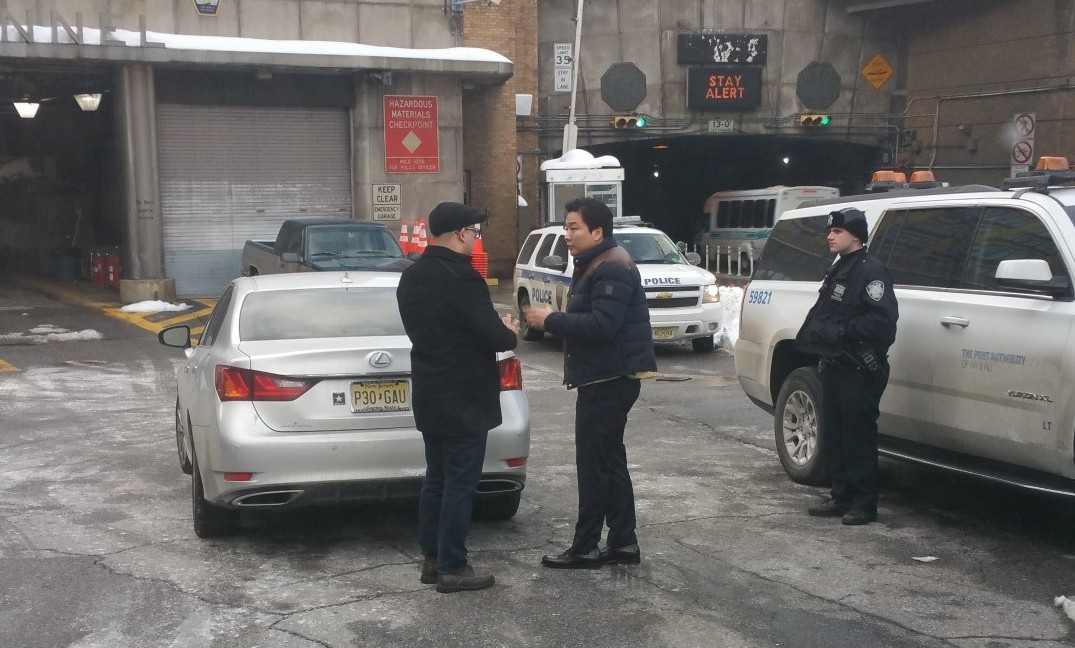 Here take picture of my ID take picture, and fuck this uber driver not giving us free ride

This hotel is right in the middle of it all! Worried about noise you say? Well good thing the lobby is 21 floors above a movie theater, and your rooms? 20 more floors above that… the noise? What noise… did not hear a thing and slept like a baby.

These are the cheapest two bed, largest sq, most updated rooms in New York and trust me I researched for weeks. The bar is in the lobby which is nice, the rooms just got renovated and this hotel is 5 star all the way including checking in and checking out, I think I’ll only stay here from now and all for $96 a night! 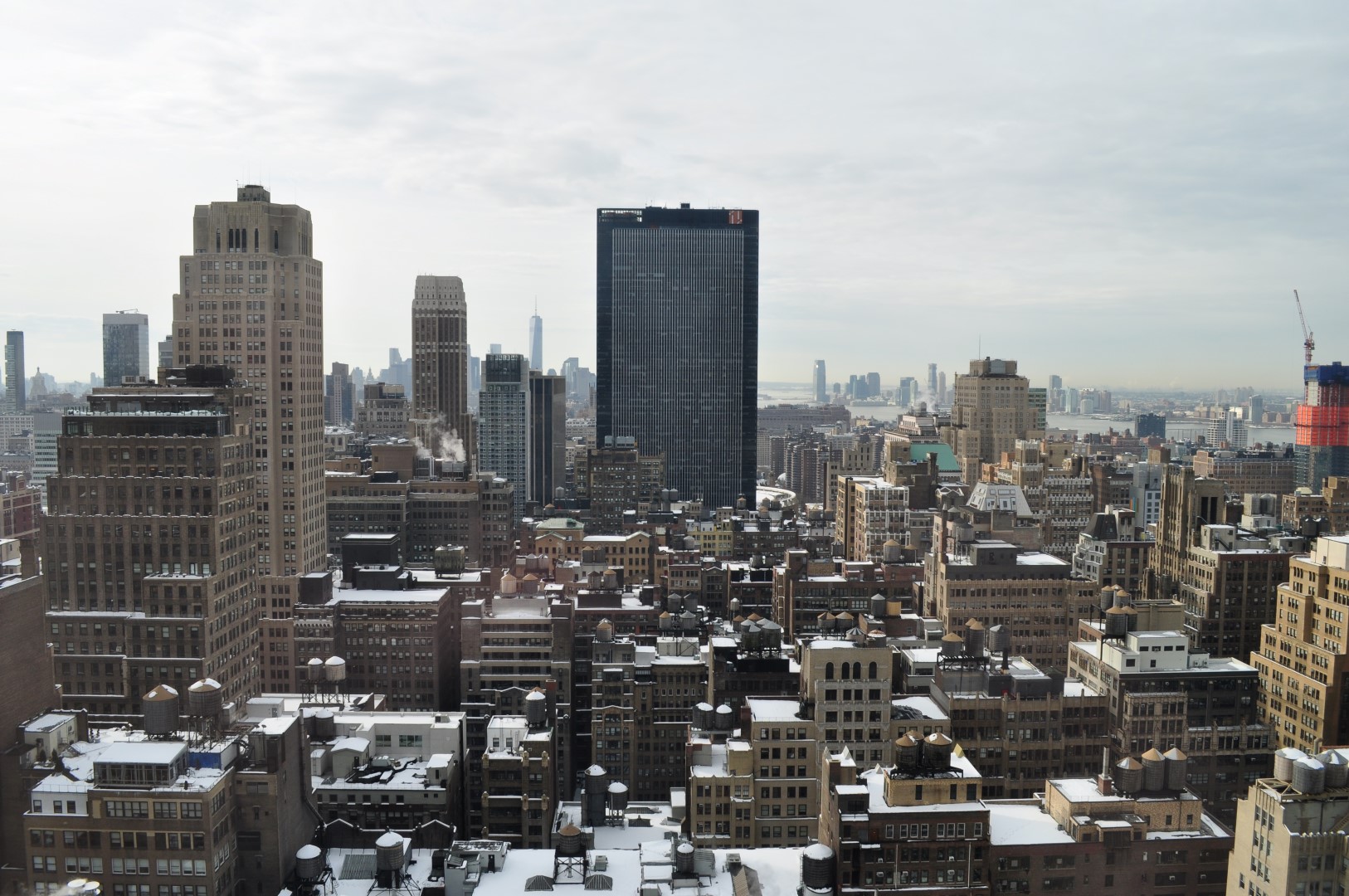 Found a hotel “The Hilton” times square real close and ended up staying there, these are our views! 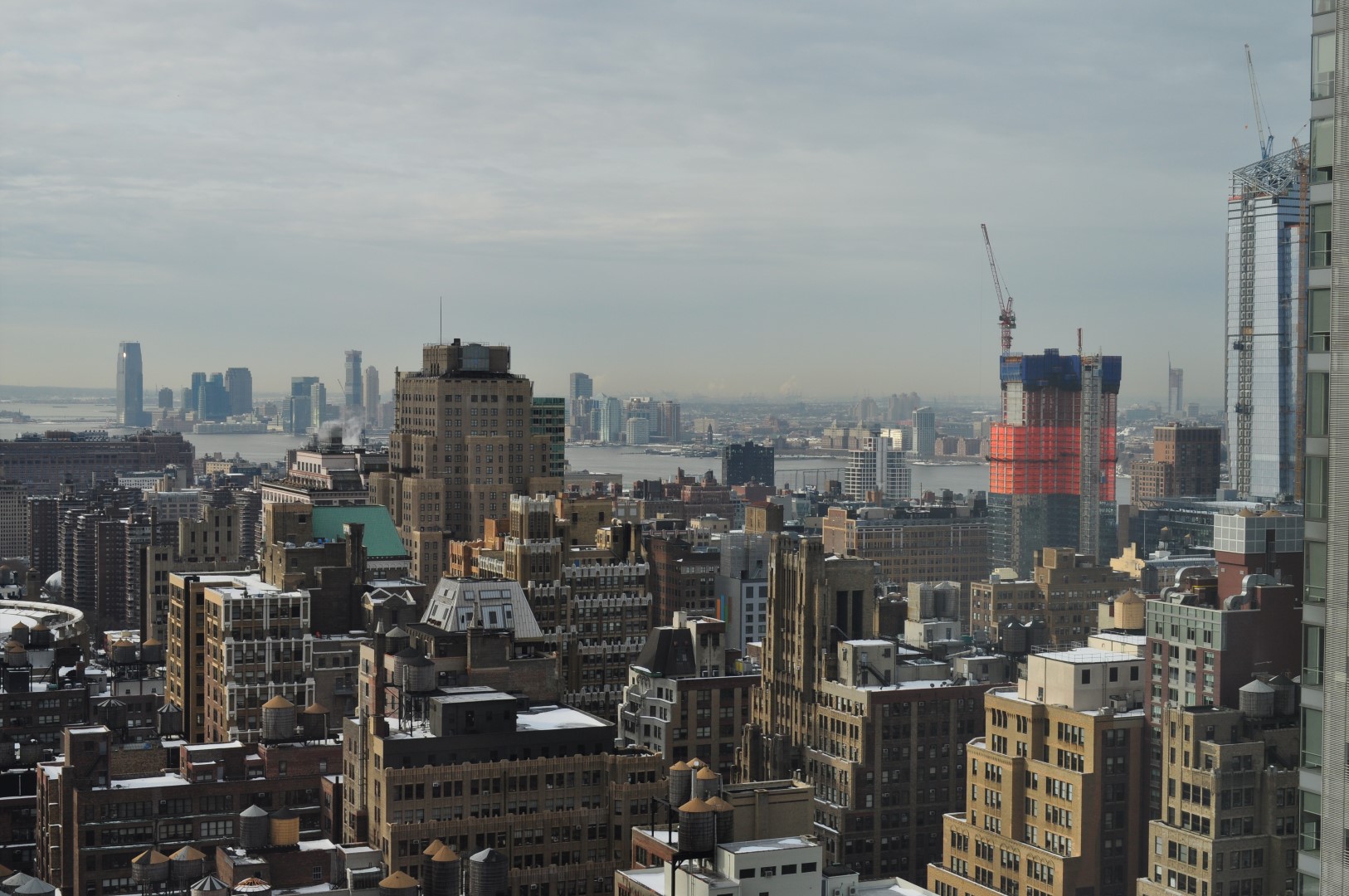 Looking out onto the Bay! 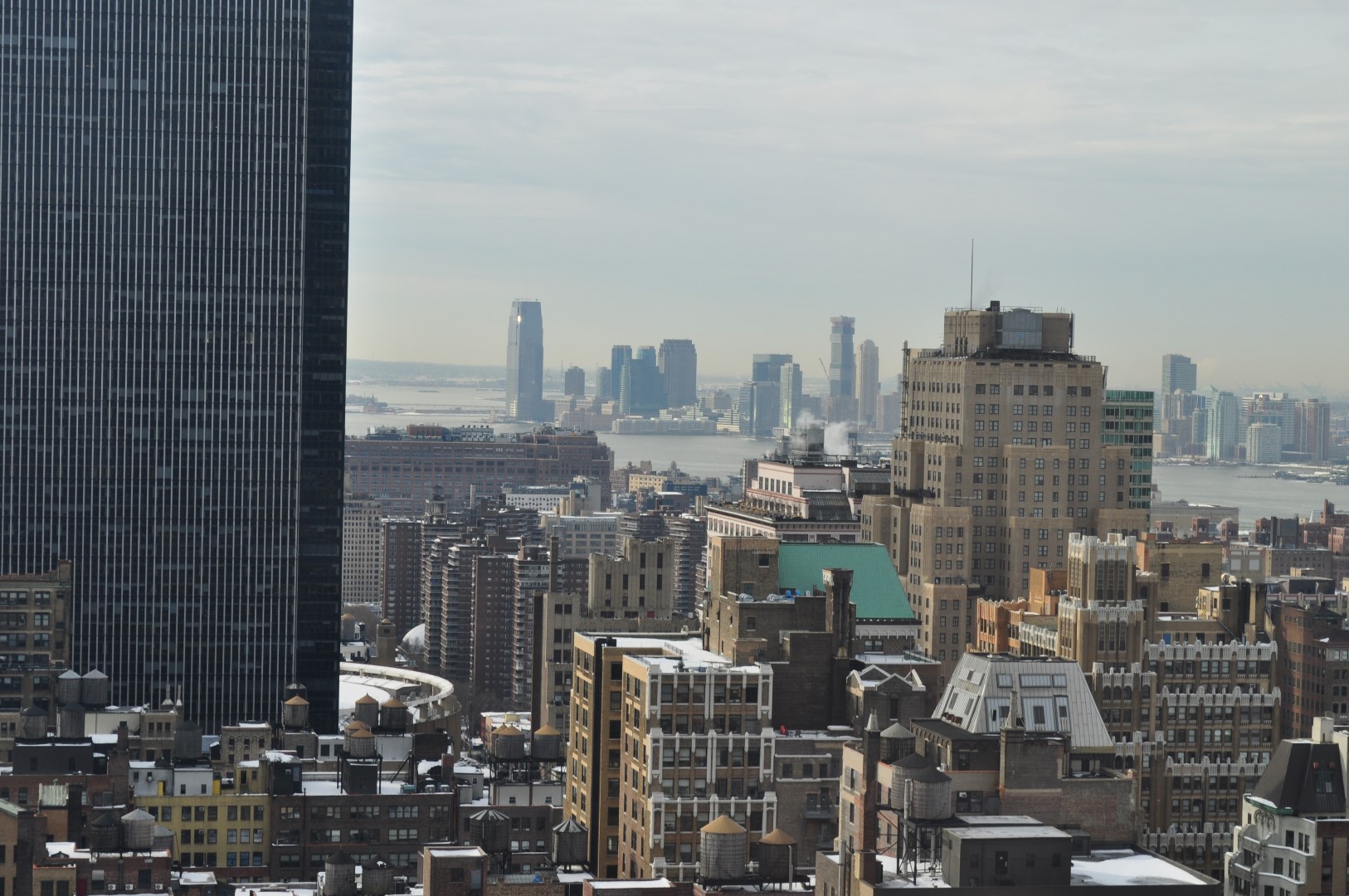 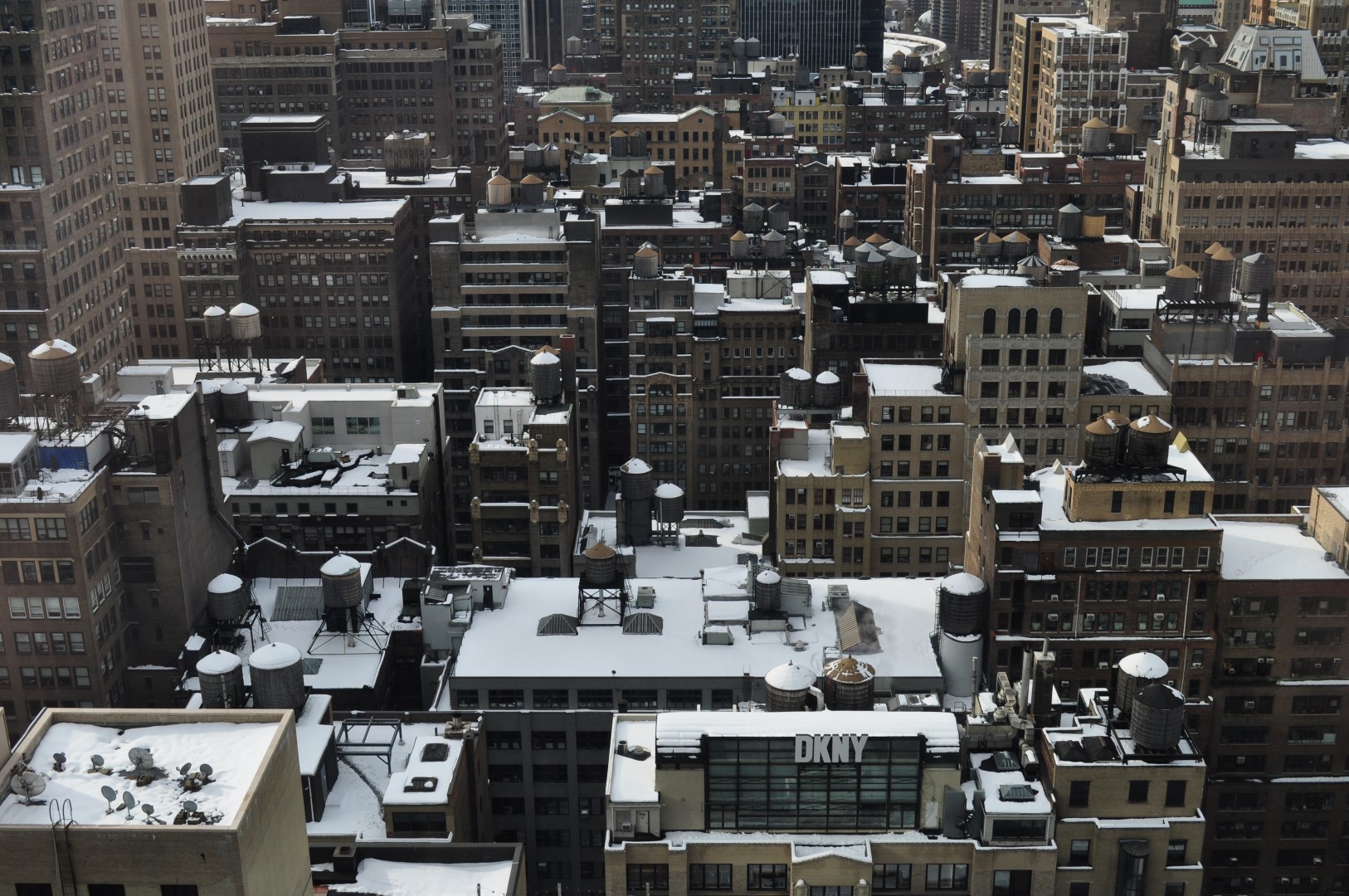 Could make this a mural on my wall. 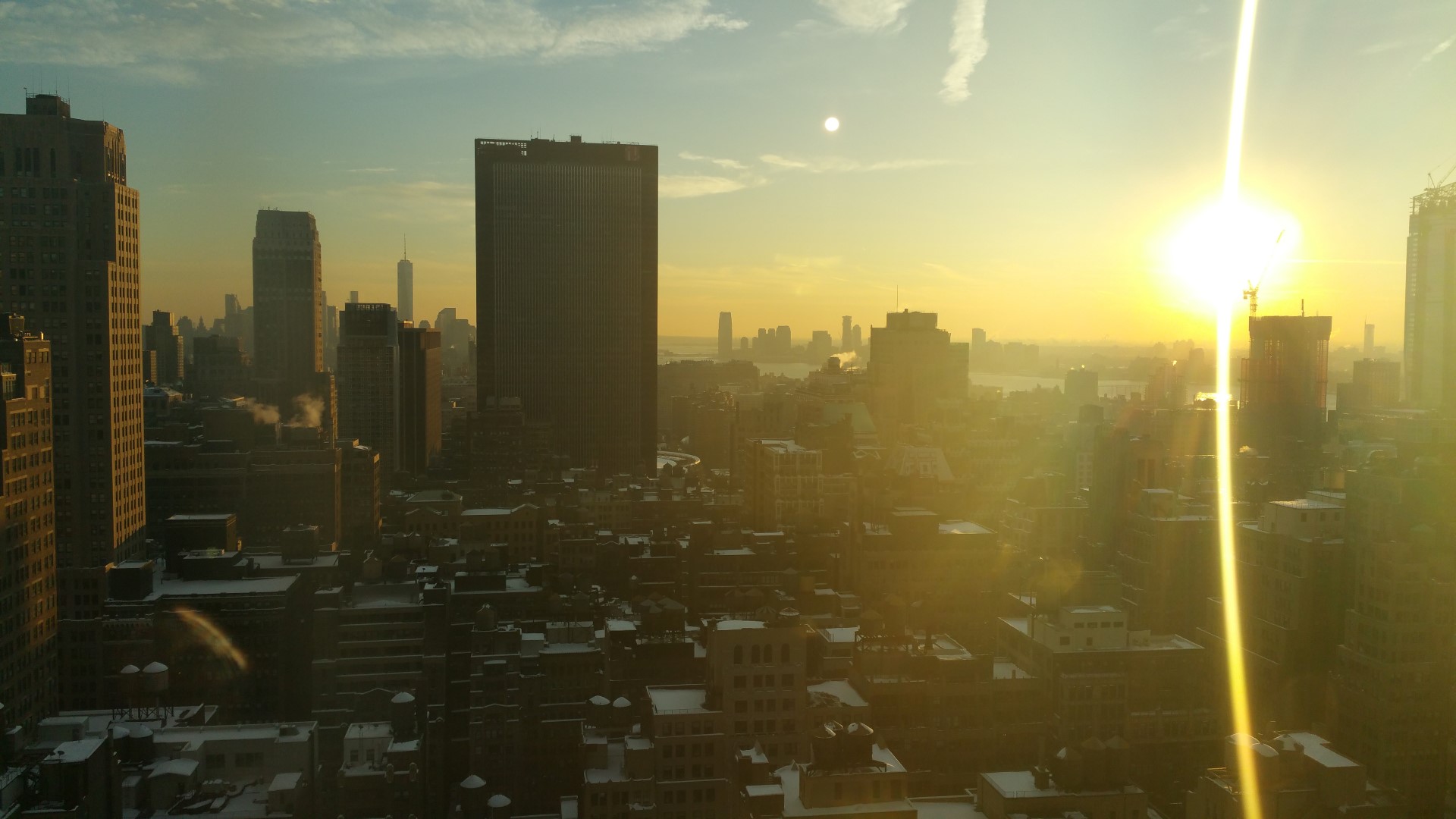 http://www.ninjanewyork.com/
Eh, Oyyy Danielson! This restaurant is a cool place to come for your kids birthday party, or if you have had a lot to drink. As a grown adult this place is not much of a couples pleaser with a lot to be desired after all the TV Shows I’ve seen it on and heard about. Was a little let down with only 3 tables on a Thursday night alongside the most apathetic waiter with little no to no ninja skills, and I know my ninjas. Also a chic who came by and performed the most dumbest magic trick I’ve ever seen and then says “tips are welcomed” are you serious bro? 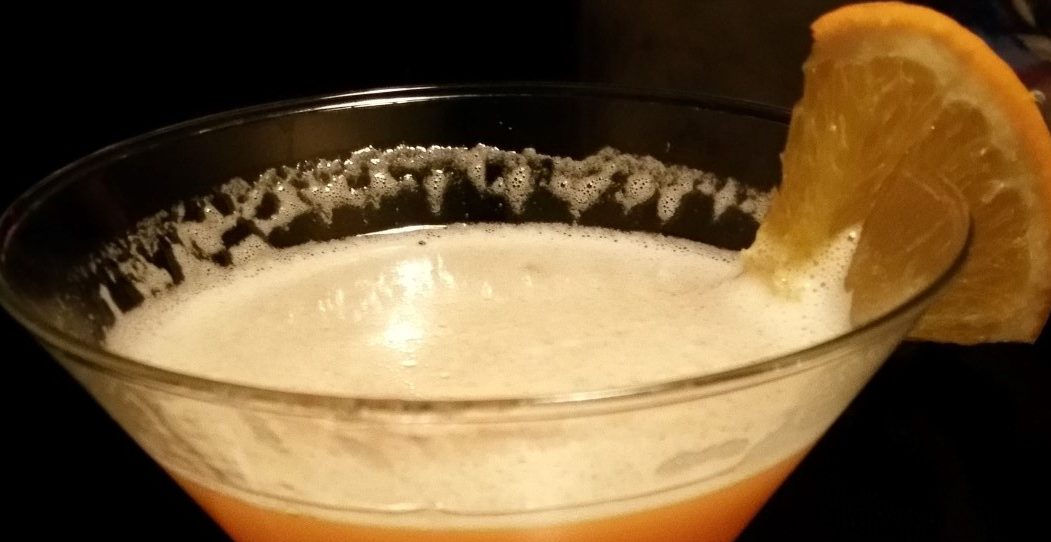 The menu has a cheeseburger on it, that should help you understand the level of quality and direction it’s aimed towards, young kids birthday parties. A bunch of adults I would def save your money and head somewhere else with a little more quality of food. The sushi was decent, I got a steak because was hard to find anything gluten free they could make and the steak was fatty and like a basic cut of choice beef. The edamame and what not came out with dry ice on it which made it cool looking and great for photos. 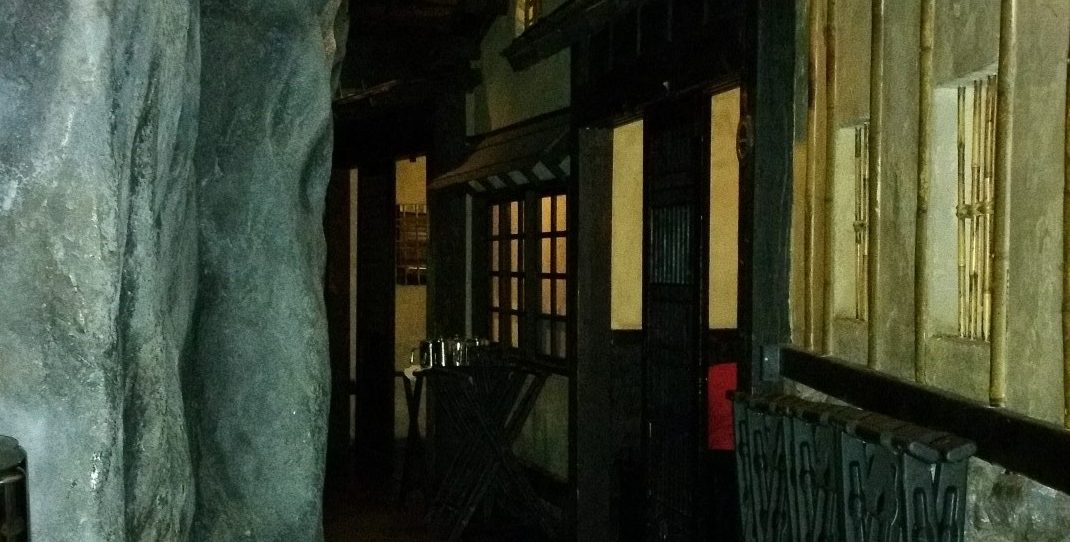 Slow night, only 3 tables not having much action tonight. 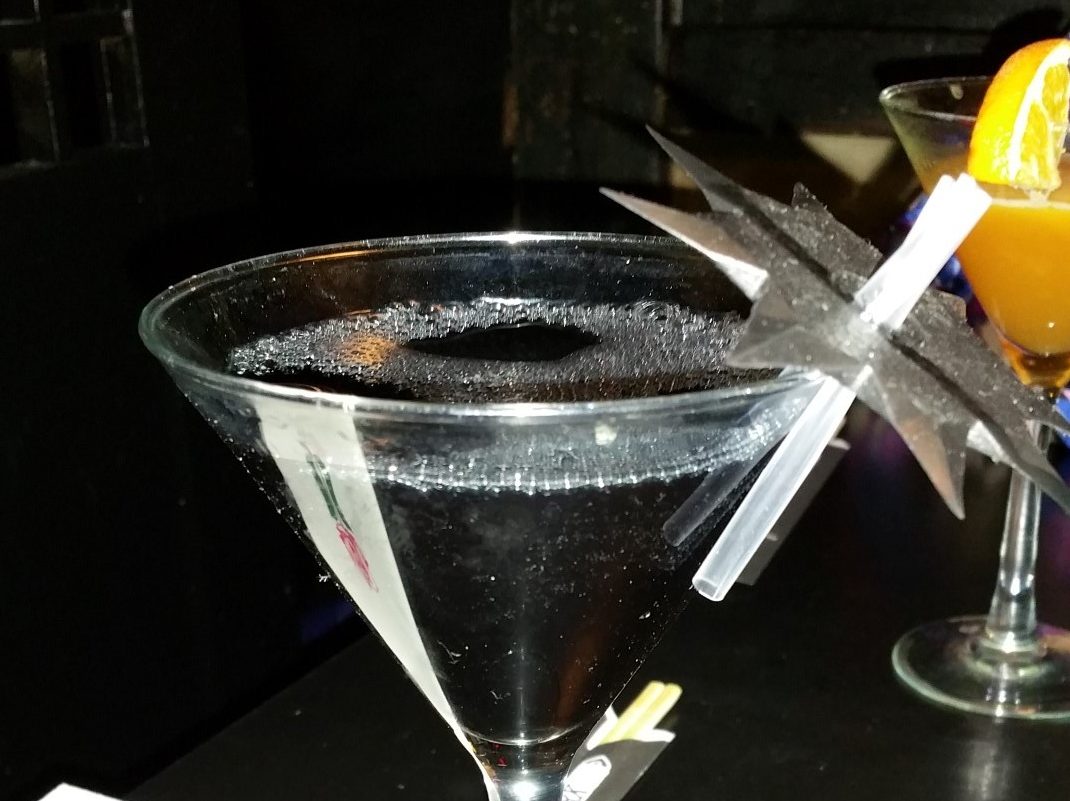 I’d throw this at the chef.

Look for the Ninja Star on menu items for the extra “ninja experience”.  The cocktails had no dry ice which I thought they did, and one had a cool ninja star on it but nothing that I can’t buy from a quickie mart and drink and it’d taste the same, not much mixology going on here after I tried 3 different “unique” cocktails. 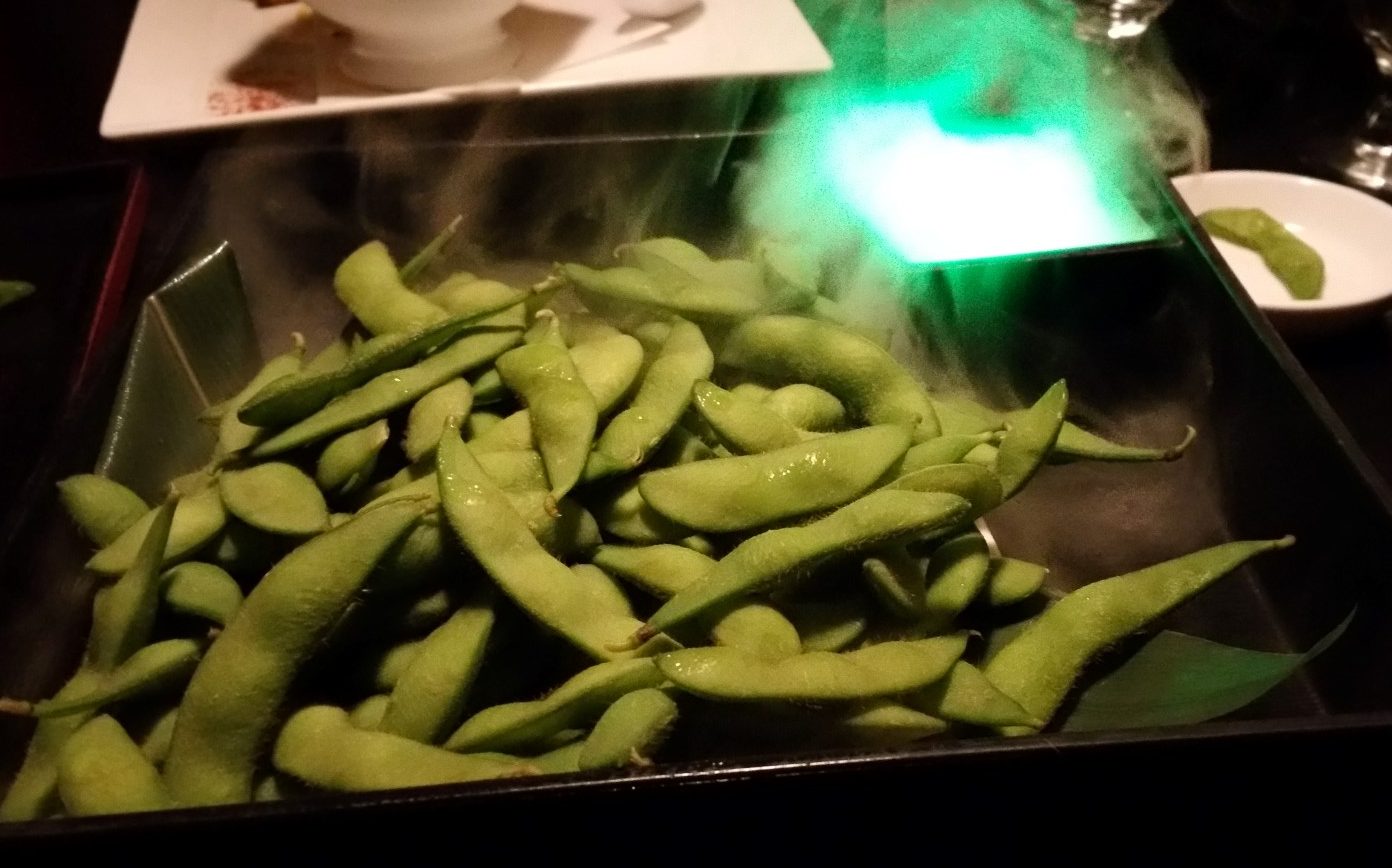 Eh cool effect for some of the food, way to spruce up some boring food though. 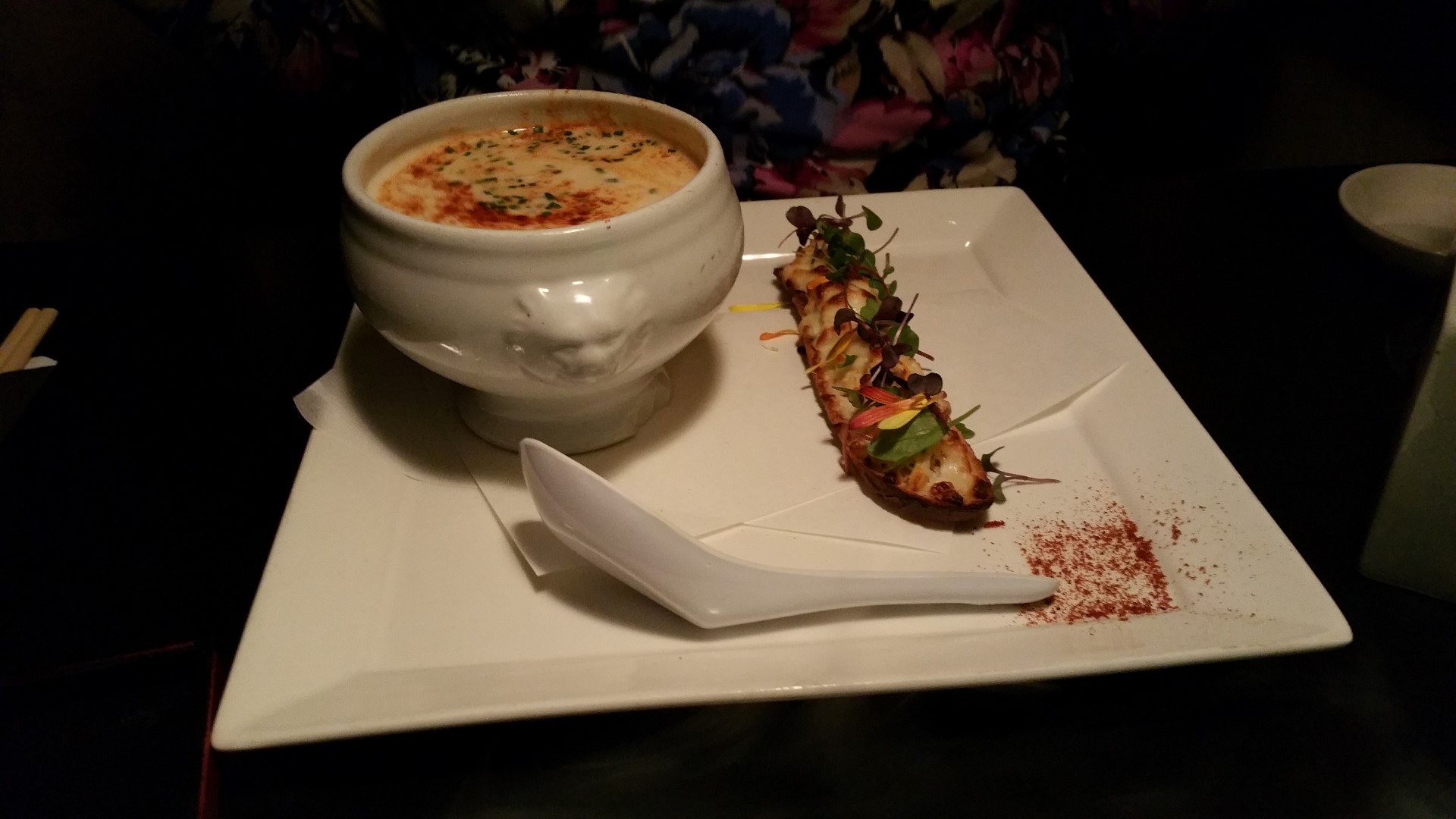 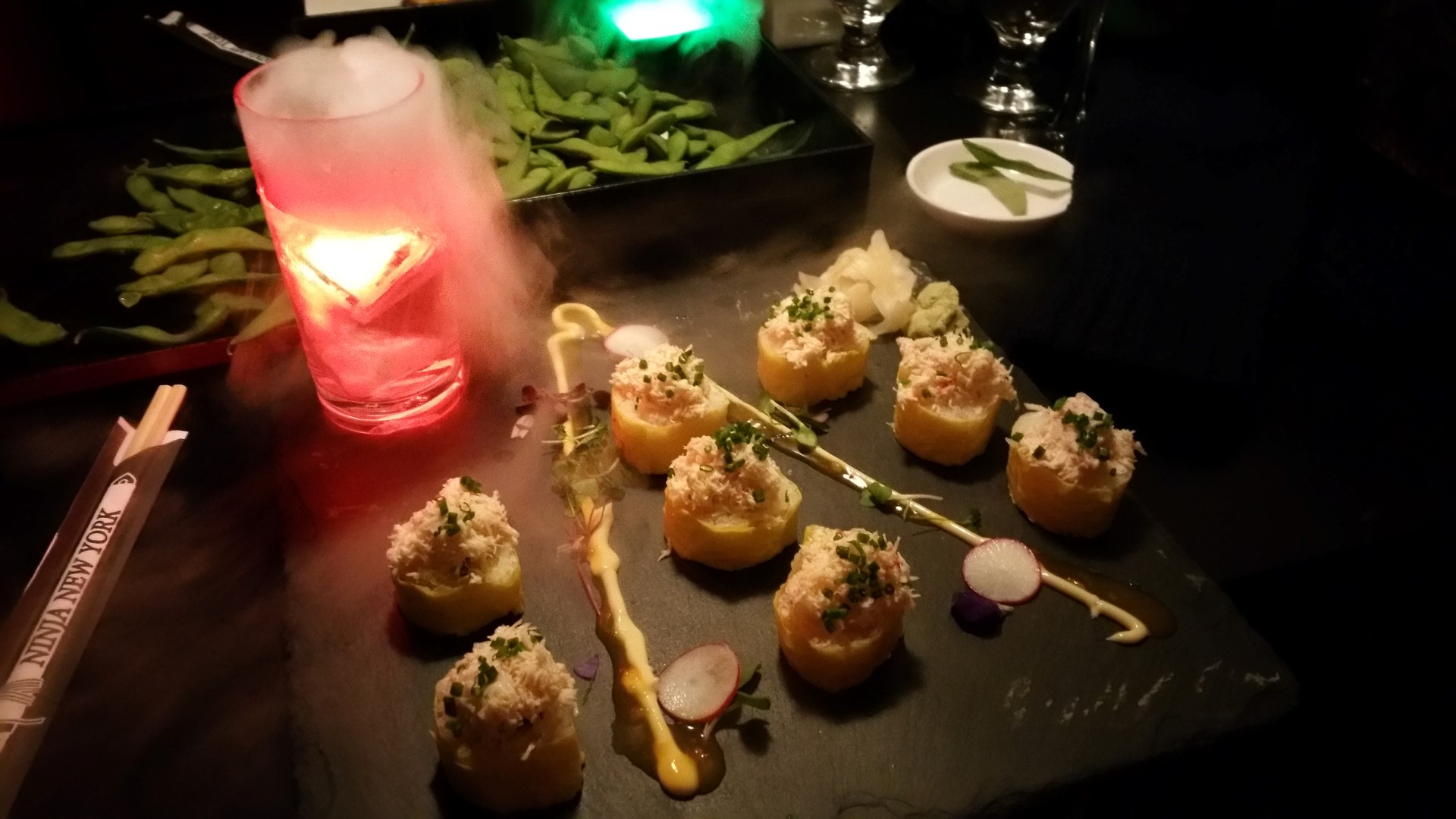 Now this was cool, every sushi place should serve sushi like this. 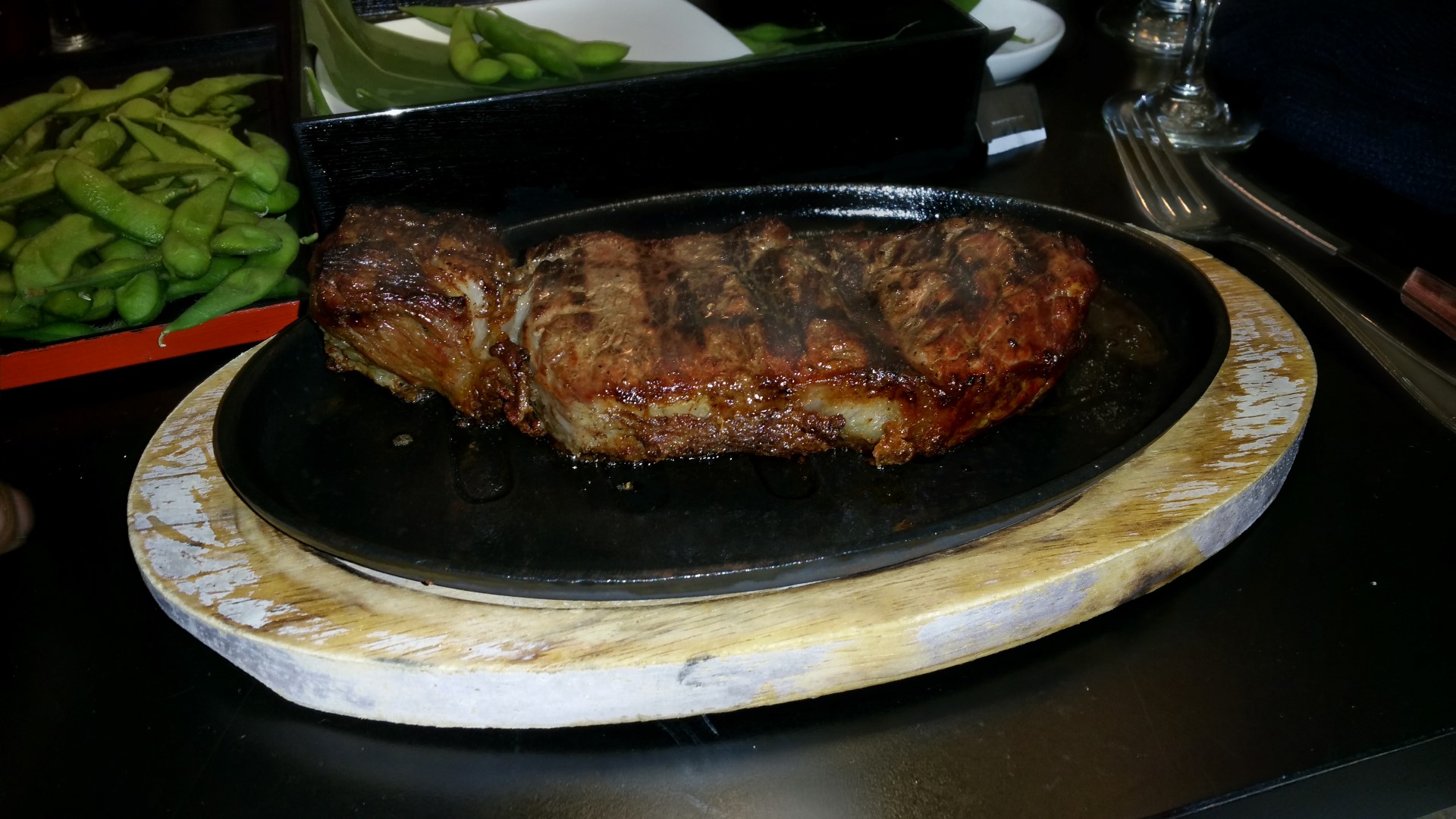 I guess I went on a slow night and it proved to be a let down of an experience which I thought would be a HOY HA BAM SCARED YOU kind of place but this night no one gave a crap. Needless to say I crossed off one of the places I’ve always wanted to go to after seeing it all over TV, the web, etc… next. After that we decided to get a cab to our hotel and check out the local surroundings.

Quick walk in and out of Carlos Bakery

Well I love the T.V. Show and pasing by here in NYC had to make the Taxi pull over to get out, however for my gluten-free fans (probably start calling you guys glutenators or something they were out all of their selections. 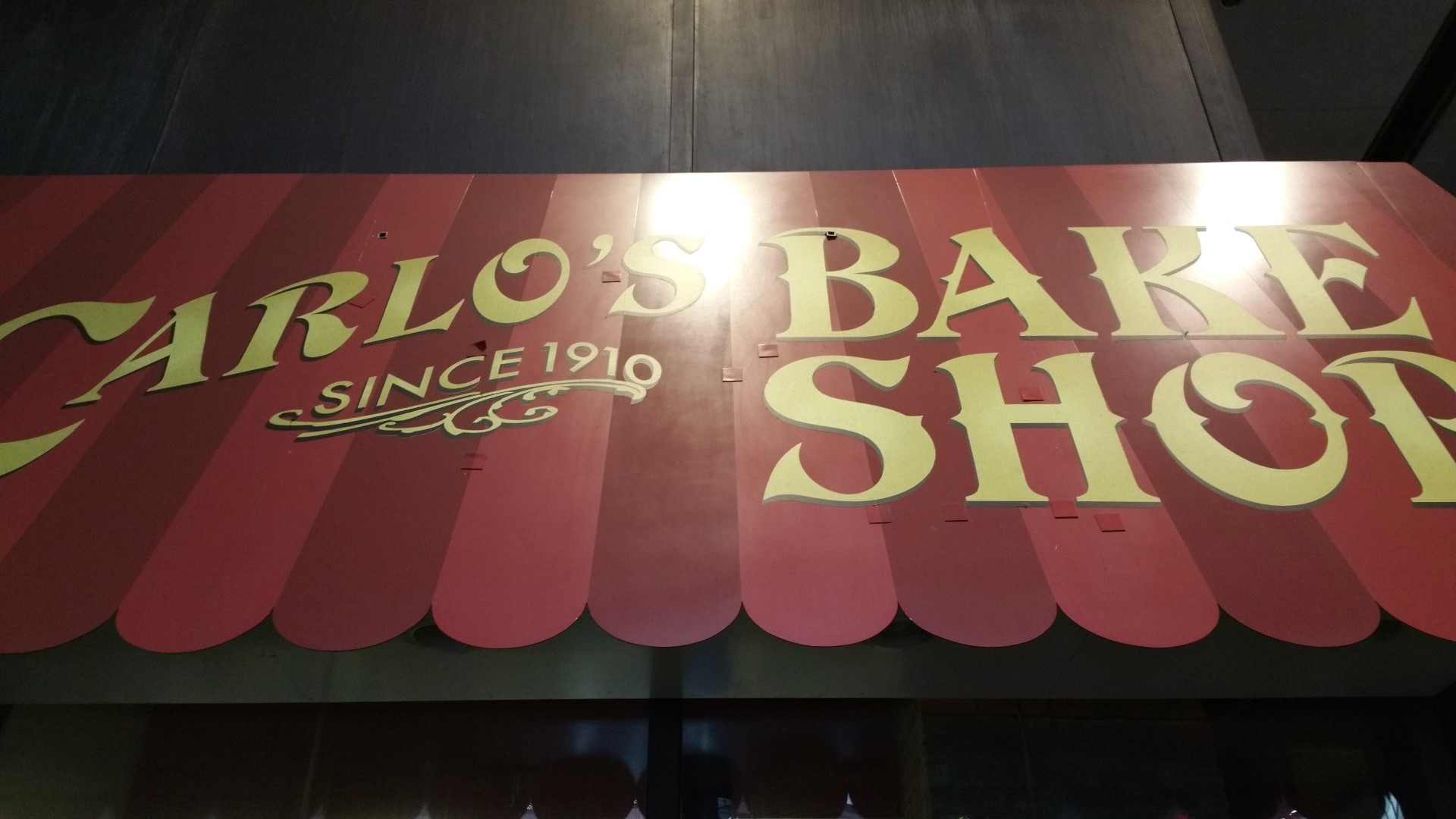 Welcome to Carlo’s Bakery! where live off the reputation of our show to make money. 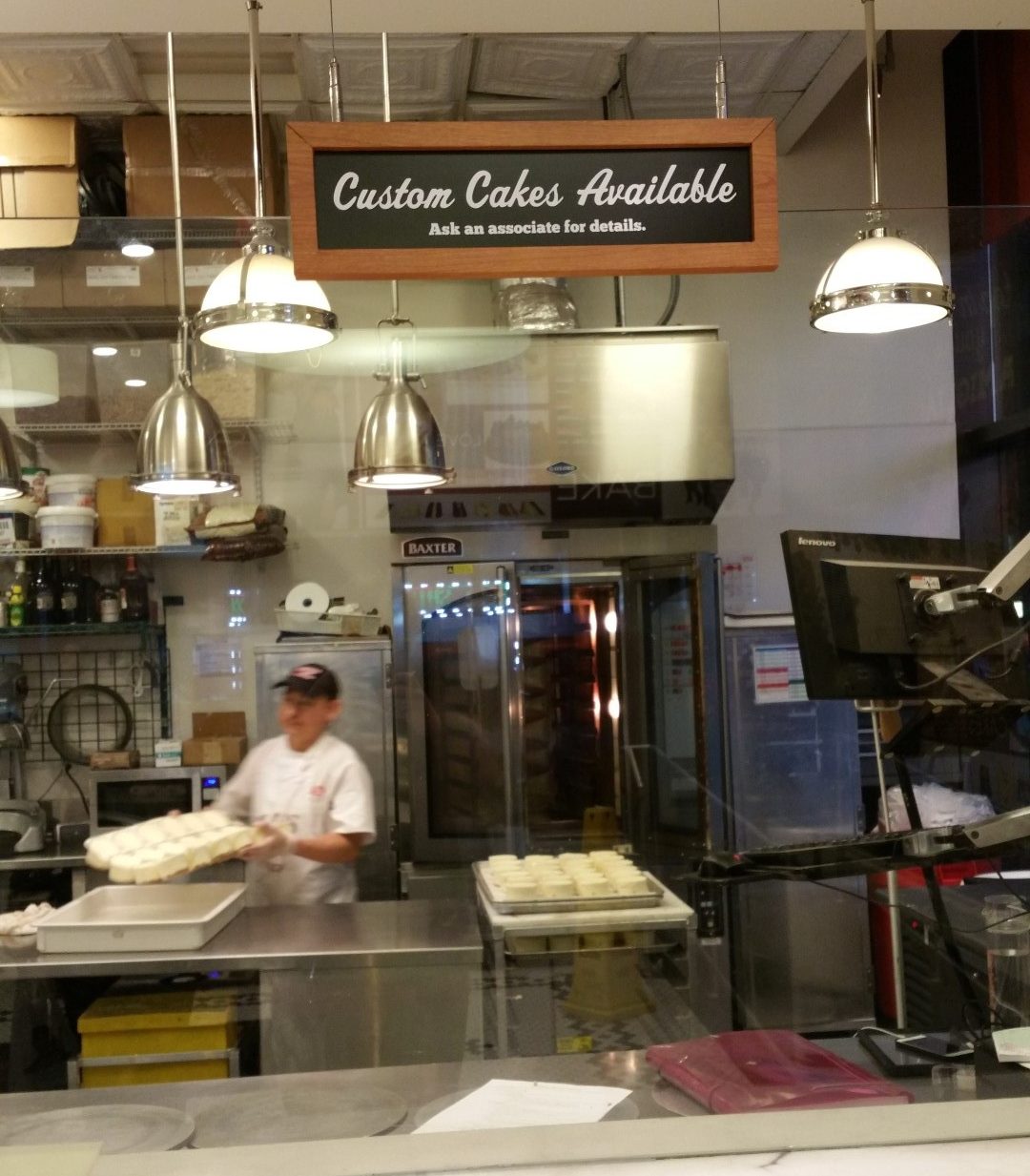 The floor upon entry was completely trashed and dirty, there was also about 50 people waiting and when you have to take a ticket to get your number called we opted to walk right back out the door. Our first impressions of Carlo was not pretty, however I would come back to try these gluten-free treats he shall produce in my belly next time.

Found this other bakery down the street that had all gluten-free section of delights and was epic. My first official Black & White cookie was an awesome mouth expierence and need to order me some online. This bakery was the best gluten-free delishness I’ve had in a long time. 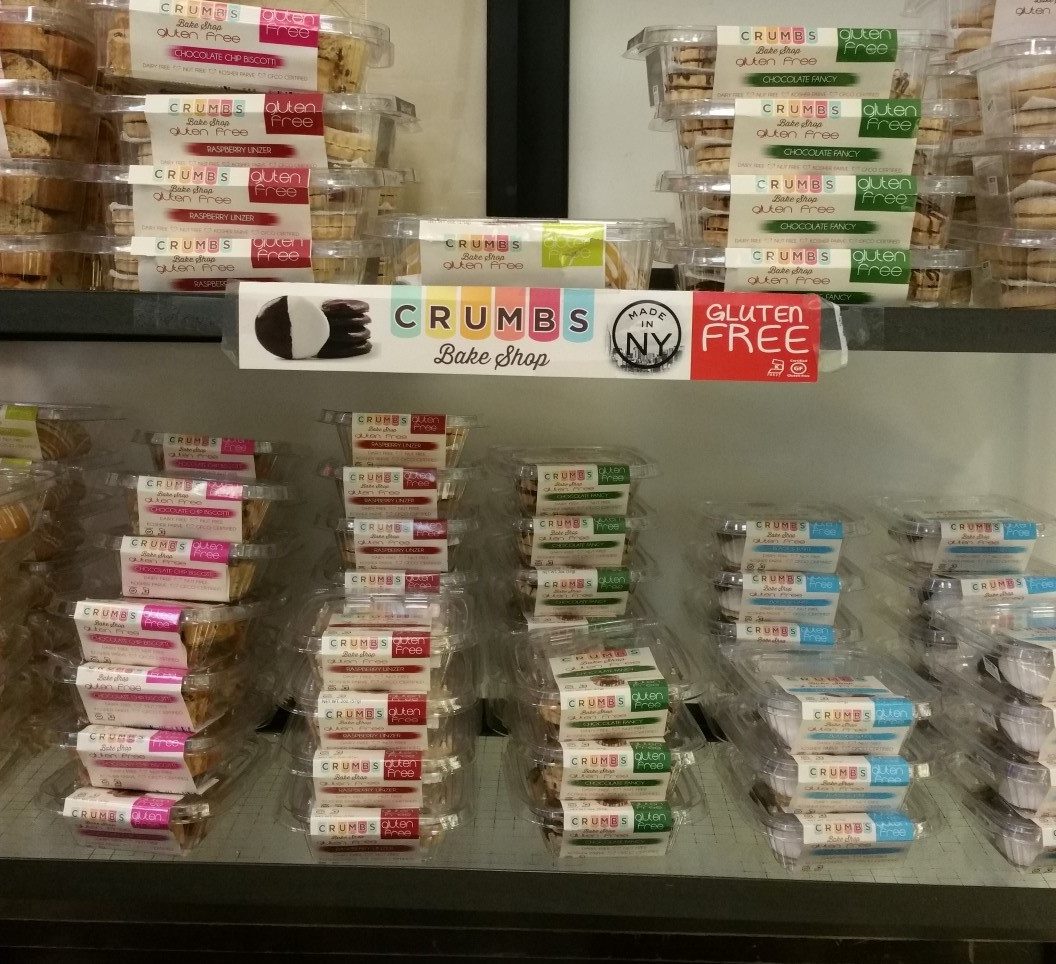 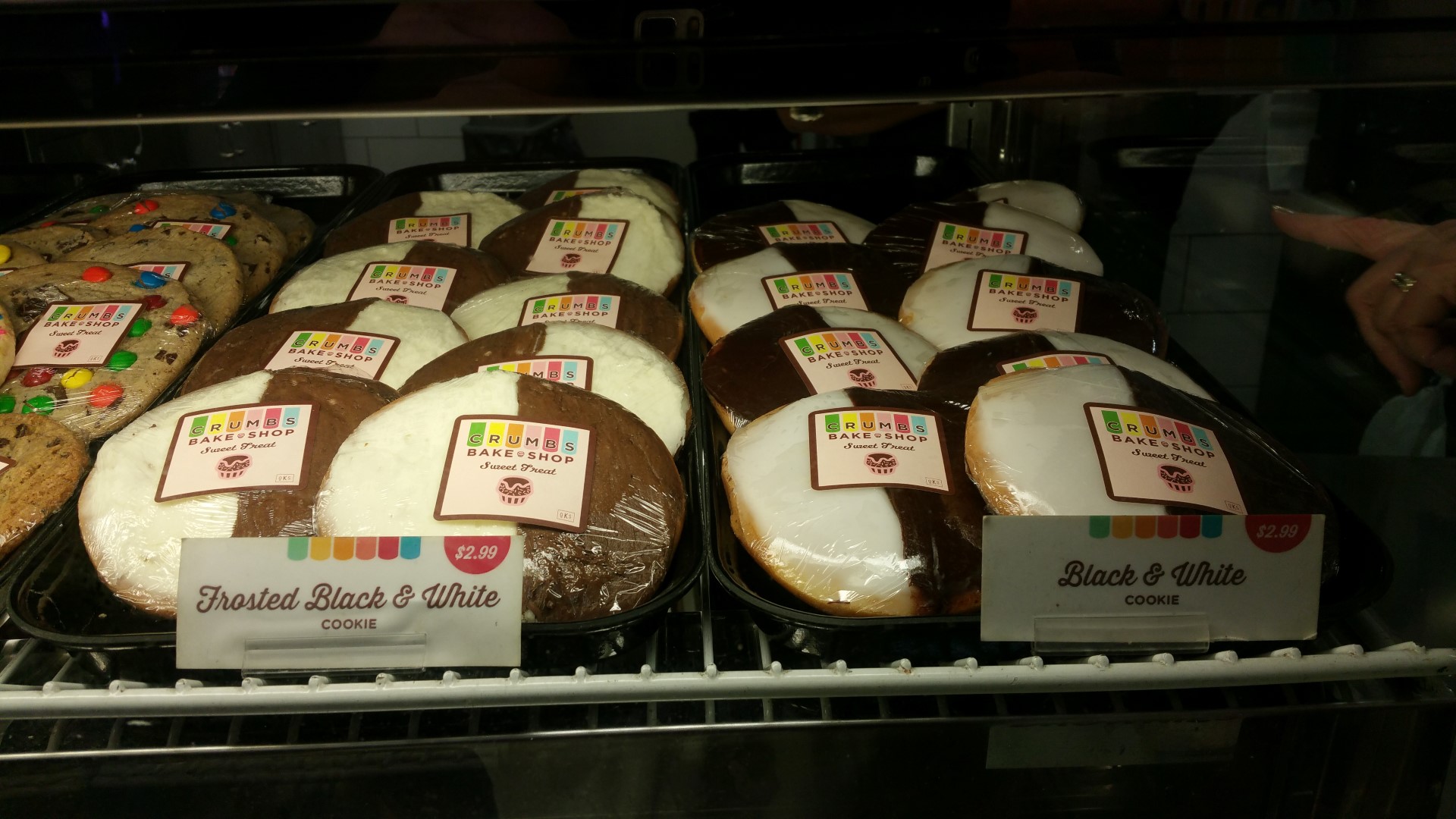 Try a black and white cookie if you haven’t, it’s like a cross between a cookie and a cake. Can’t explain it just have to try it.

Thanks for joining me on my New York Adventure, had a great time, got caught in a blizzard, attacked by ninjas, and the best vinyl toy store ever. Be sure to keep up to date with future posts and comment if you liked this post!