Day 2 Chillin Trip Report: On the way to Six Flags over Texas! Who’s ready for some roller coaster fun. I didn’t take to many photos, more or less video however I won’t be compiling a video edit for this post since I already made a personal one. But check out some of the sights of Six Flags Over Texas, located in Dallas, Texas.

It’s like arriving to Magic Kingdom! Heading into Six Flags 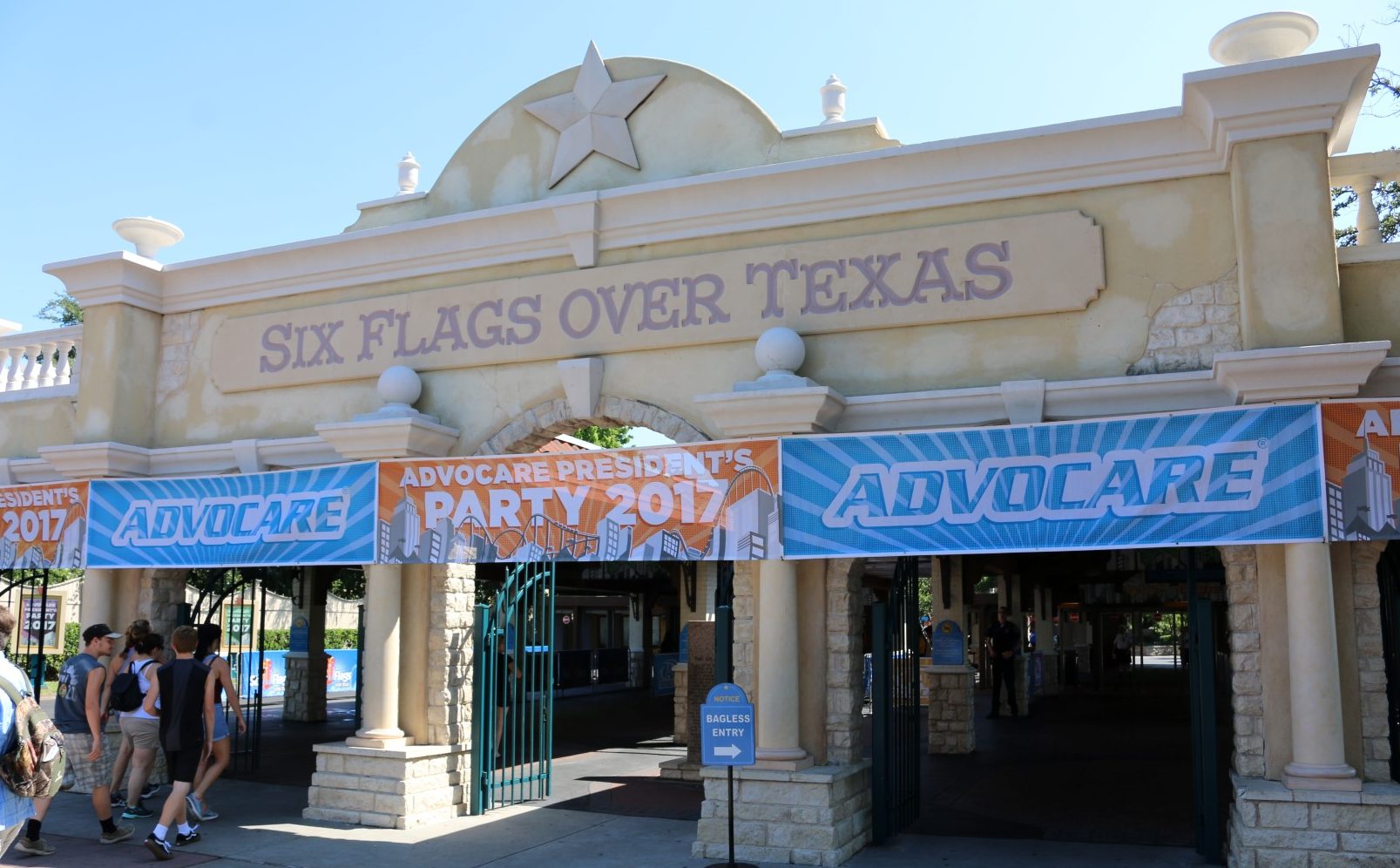 Heading into the entrance, apparently they had an advocare party going on later in the day which closed the park earlier. Fucked our trip by 2 hours. Fuck You Advocare. (read more)

Fist stop once inside,

They make you spend another $100 if you want to get this fast pass system to jump in front of the line of everyone. You basically go in the exit to any ride once your little device tells you. You first pick a ride on the device (it look’s like a mini gameboy) then it says available now or wait 20 minutes, etc. 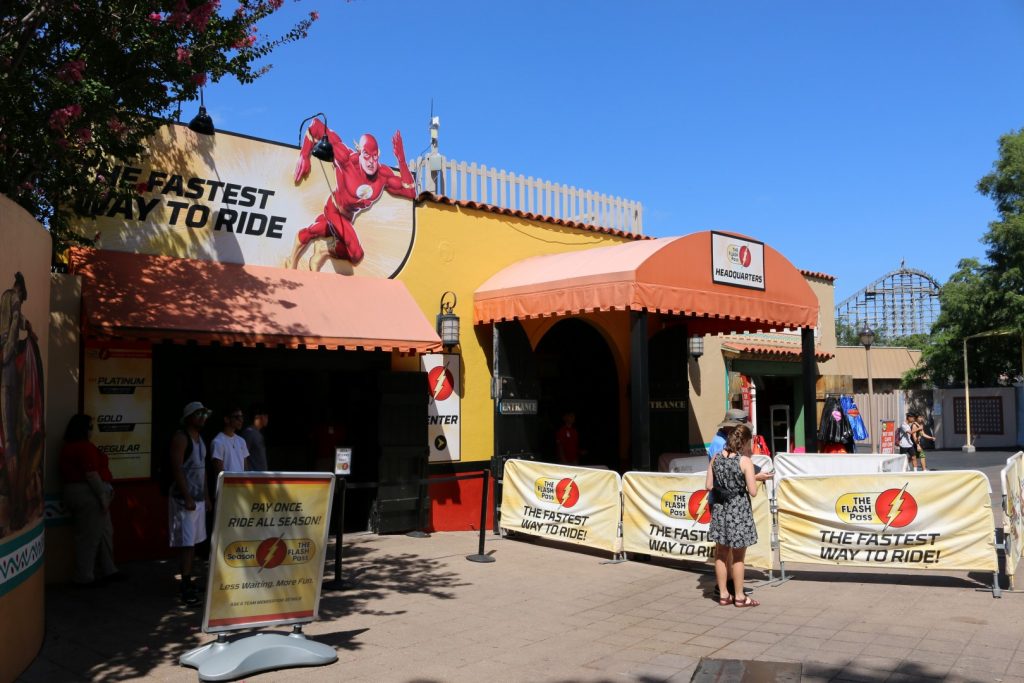 Pretty much the entire time it says available now. It however was worth it, although if you lose it, get it wet, it’s a $200 replacement fee. What about water rides Six Flags? sounds scammer to me, you think it’d be water proof. Or at least a phone app! 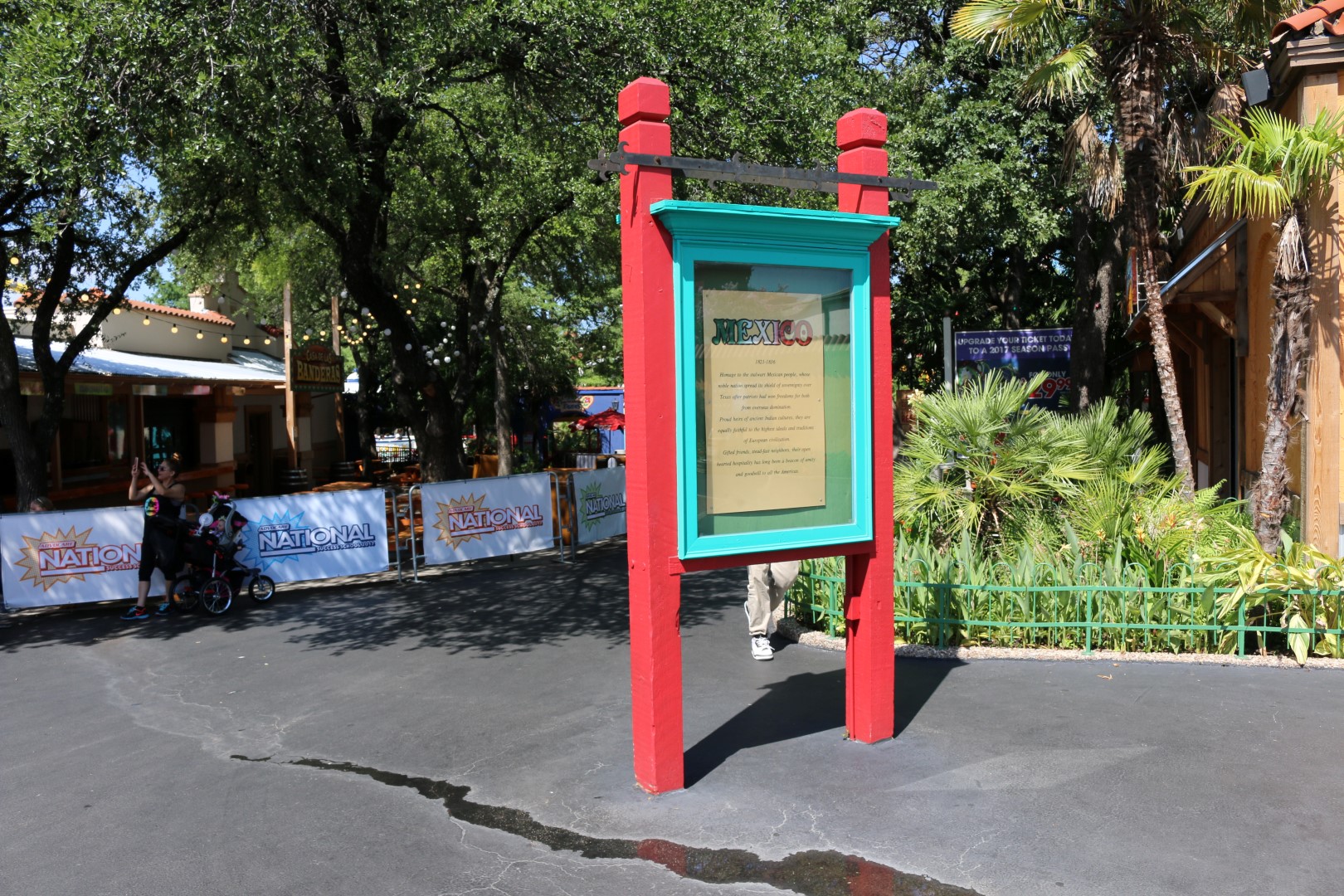 They kind of had themes like EPCOT but failed horribly.

Six Flags is a modern theme park that’s stuck in the past. They need to update their countries, villages, etc to match the generic merchandise of crap there pushing in each section. There was nothing from Mexico or France, it was just theming with no merchandise behind it, maybe there was at one point but it’s a remnant of the past. 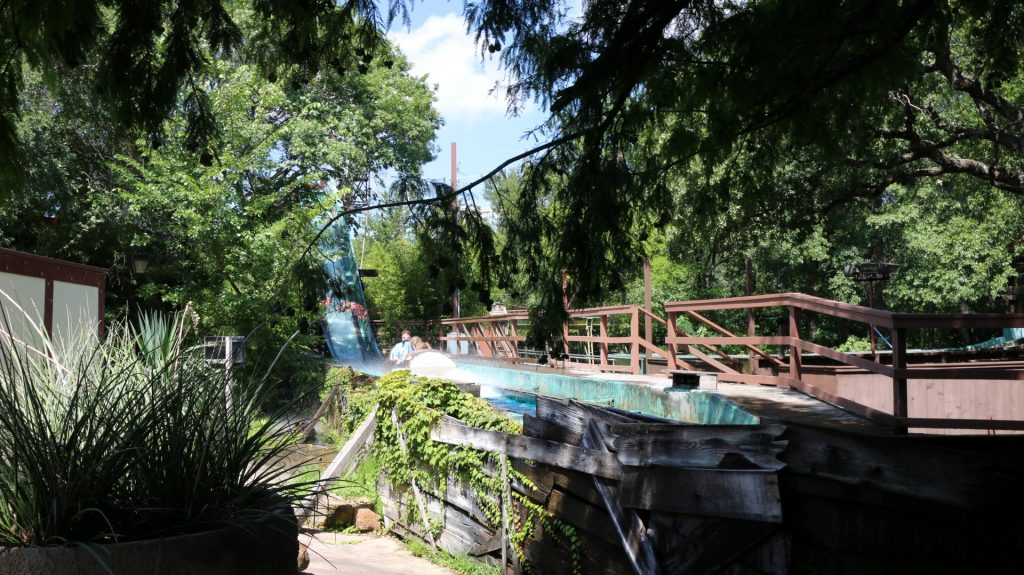 One of the worlds first Log Rides for example is older than Splash Mountain. 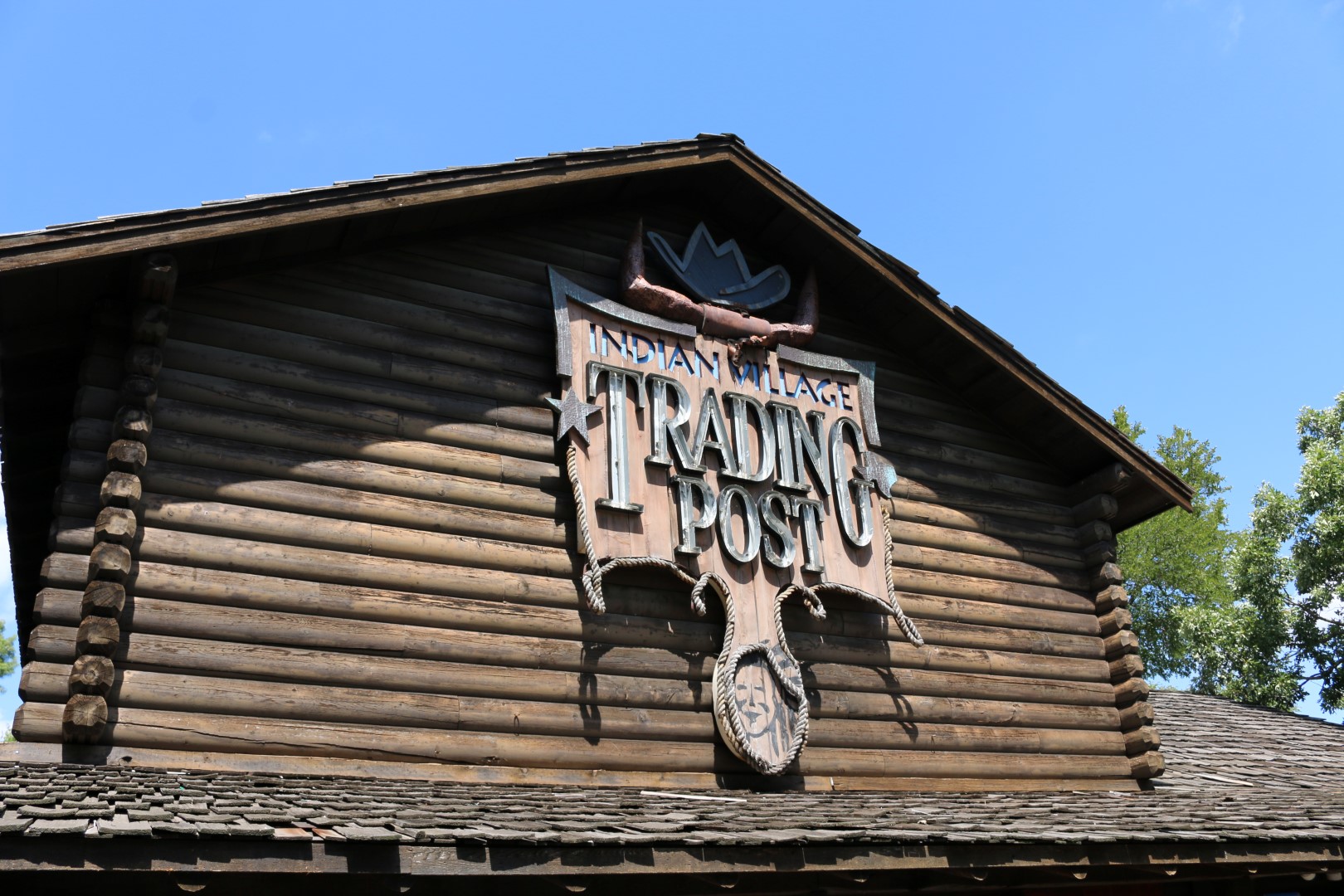 This reminded me of Frontier land at Disneyland.

You would think to see Davy Crocket Hatts, cap guns, outfits, cowboy stuff, etc. What do you see? A bunch of generic crap from the most recent movies and online retailers chinese crap they push everywhere. That’s why I had to photograph it, I wonder what it pushed in the past, I guess Indian Village become to racist for modern Six Flags to actually sell Cowboys & Indians merchandise. 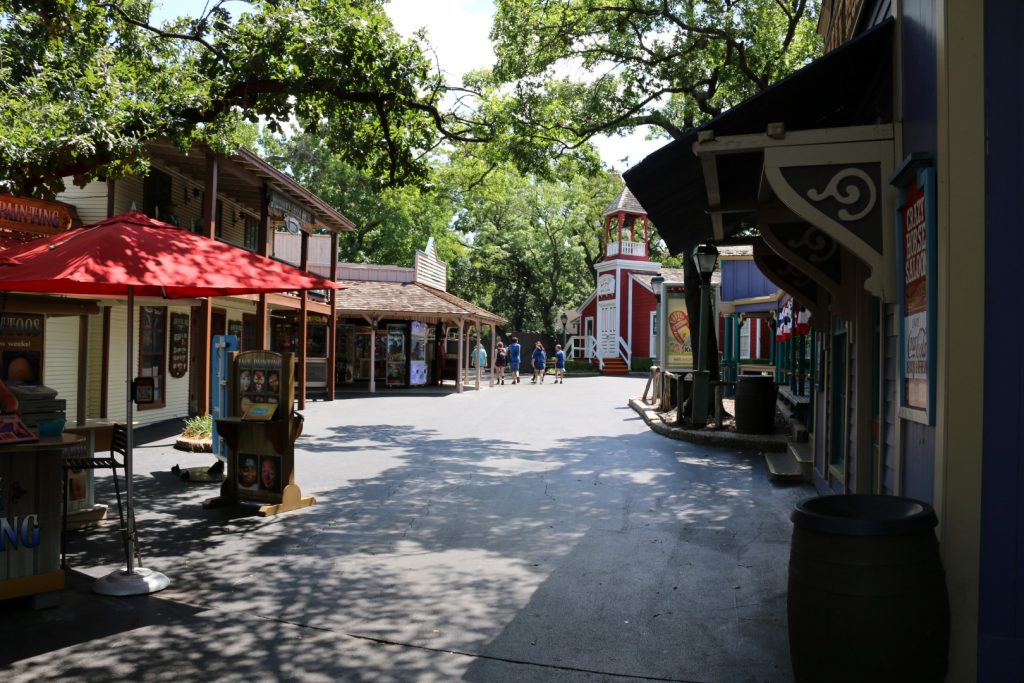 Looking out onto the village outside of Mexico? It was a very beautiful part of the Theme Park if they would just gentrify this area. 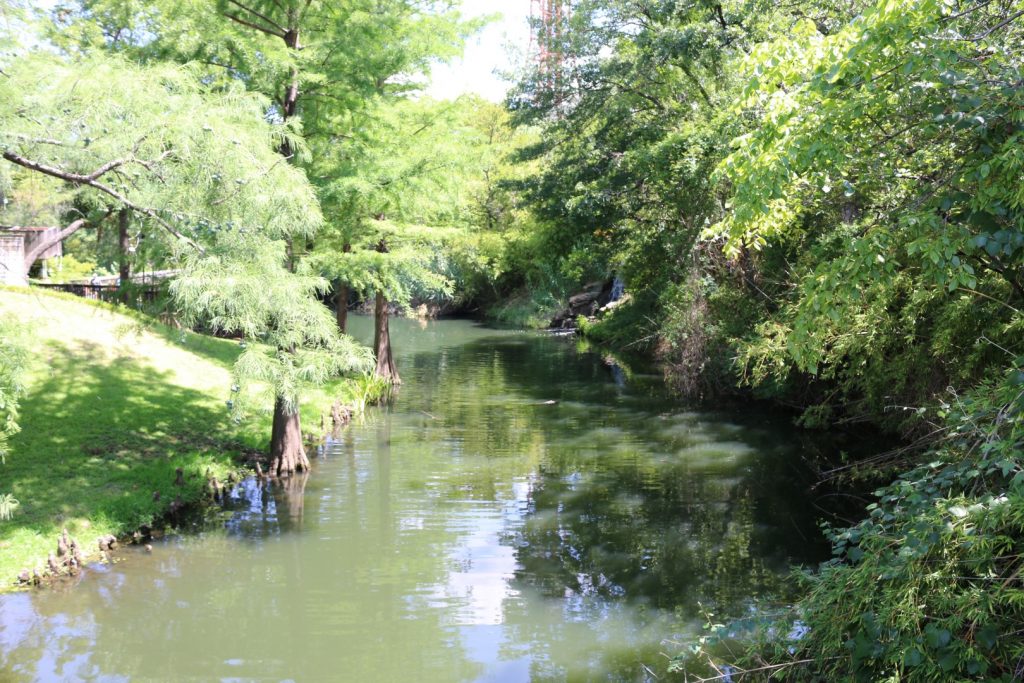 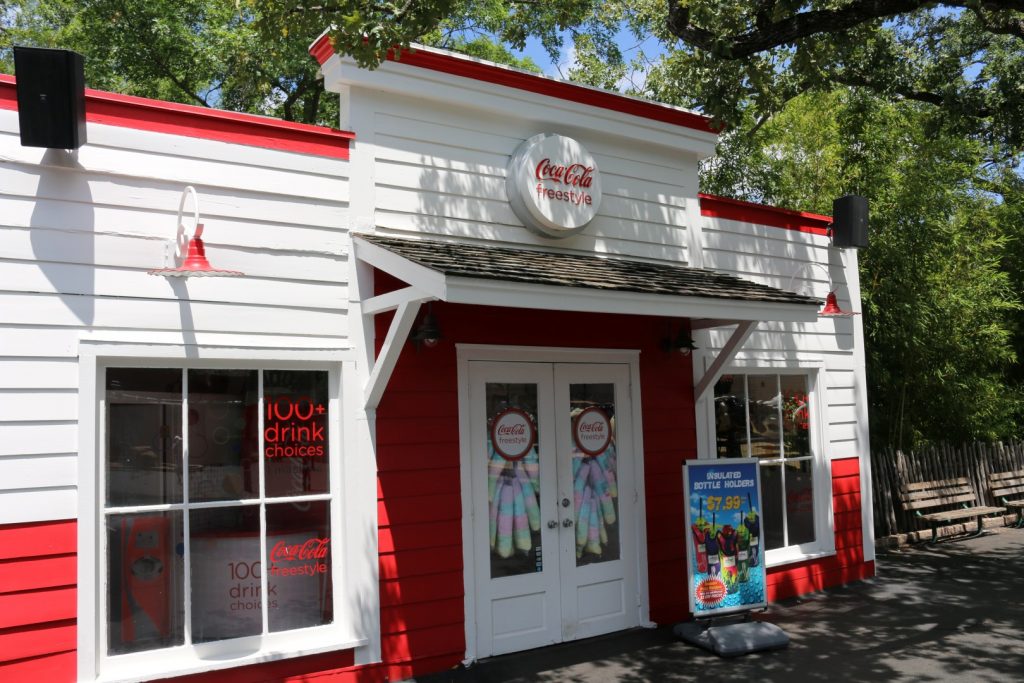 This was closed, it looked pretty cool. I guess business was not to busy. Club Cool anybody? 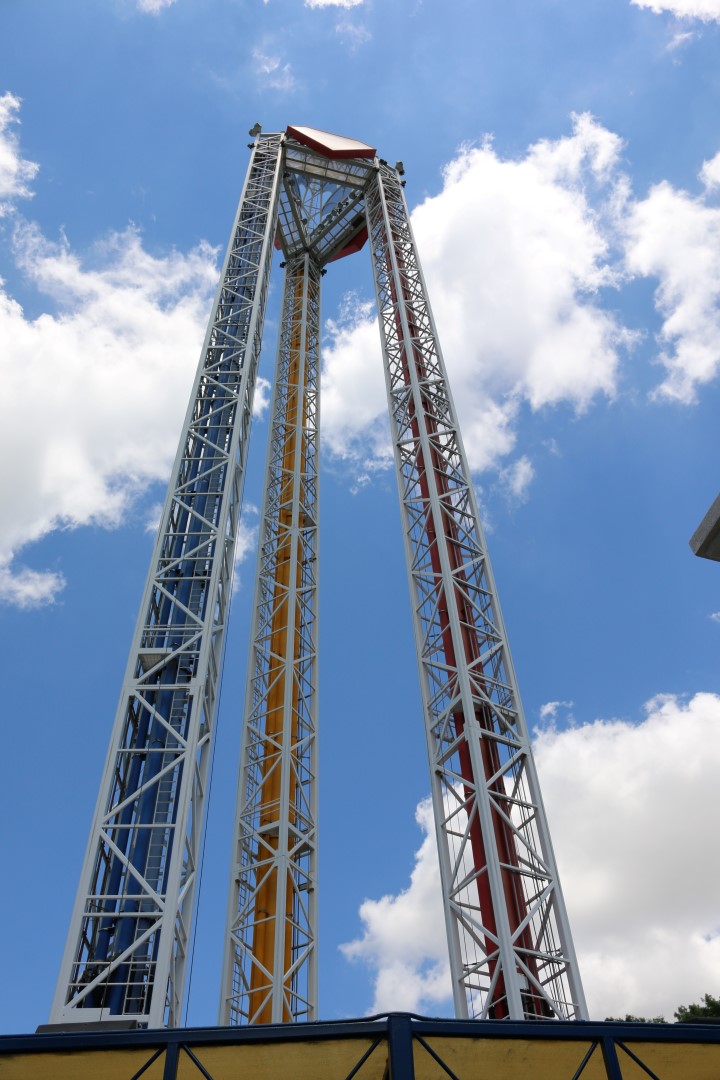 This is called their Superman ride, was pretty tall. 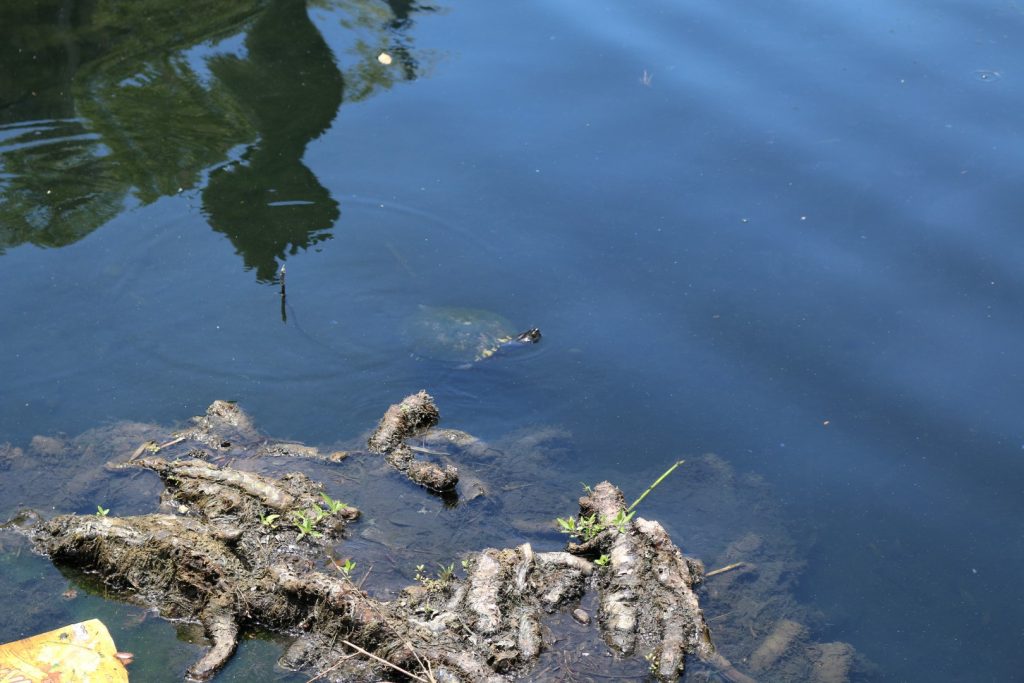 Found a turtle outside Superman in their shit pond. Smelt and looked disgusting.

Pack your own lunch. Some places say they have gluten free option but when the lines long, people are hot and you inquire about it at the two places I found online they both had no idea what gluten was. A bunch of college kids running a shit show. I’m sure they have gluten free bread somewhere, buried under, who knows where. I couldn’t ever imagine getting a gluten free meal at Six Flags without feeling worried. I tried a few spots to no luck, a salad is your best option with dressing that has High Fructose Corn Syrup. 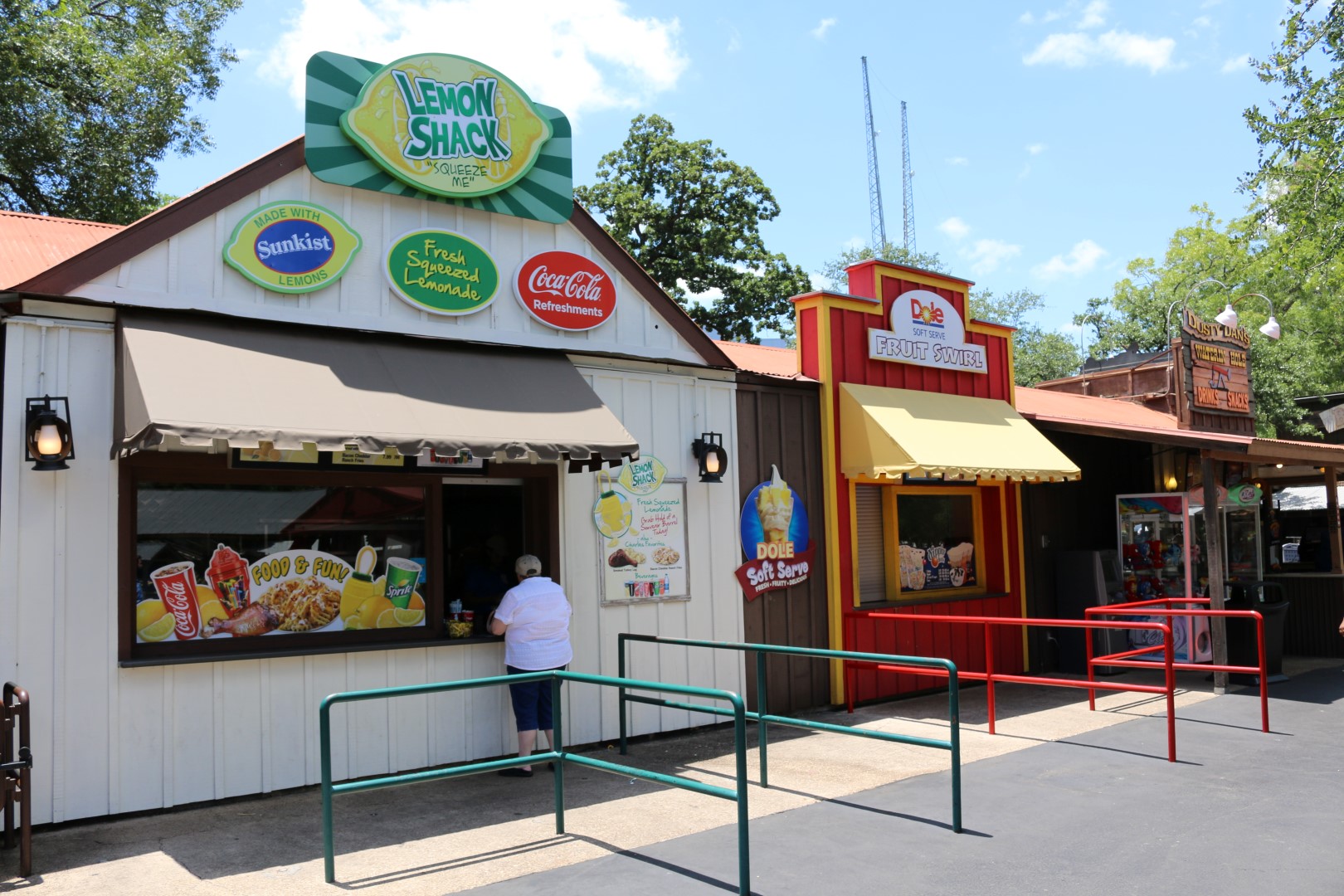 I mean if high fructose corn syrup is your sort of thing, you’ll love Six Flags. 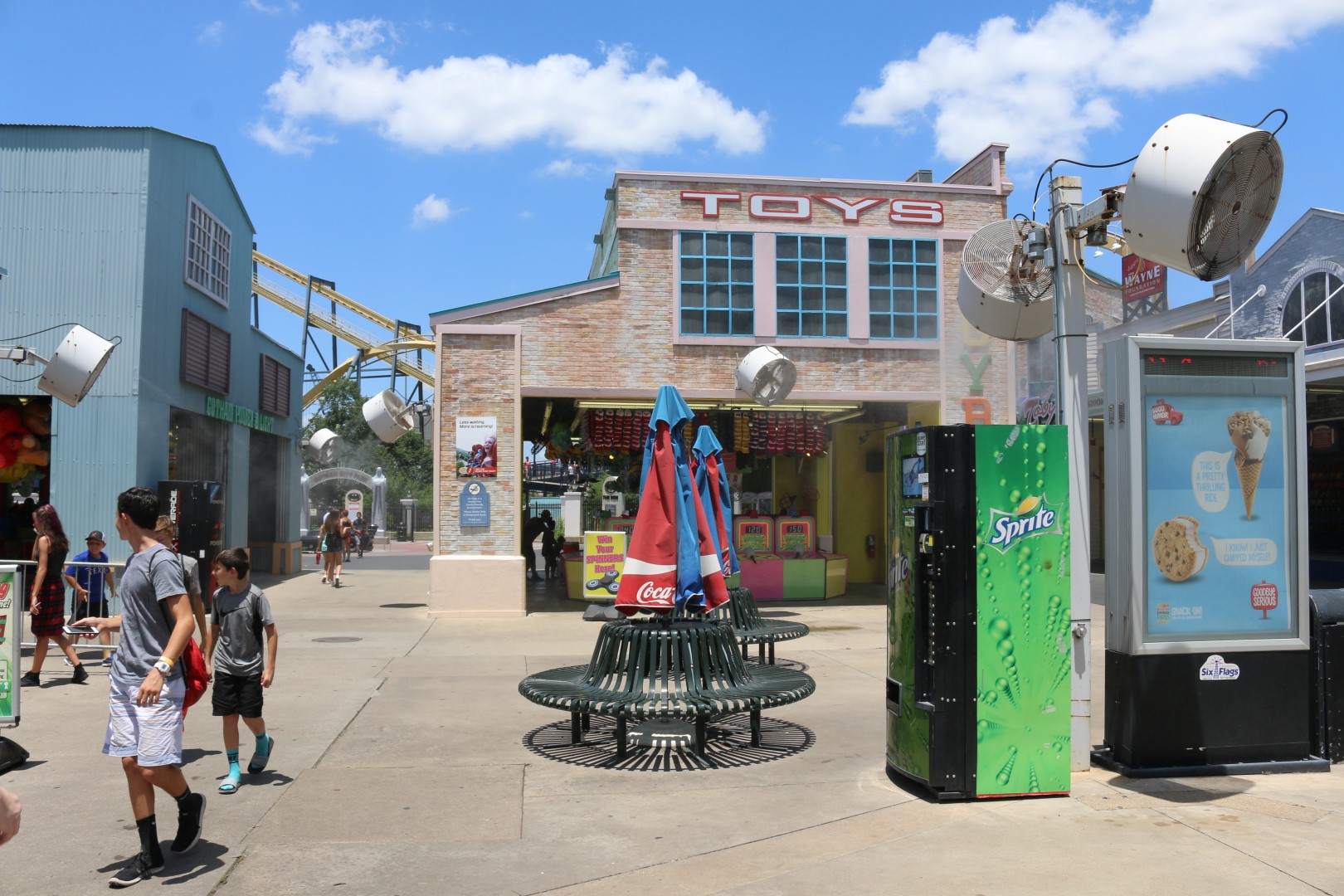 Towards other side of the park where Batman rains. Also much puke. 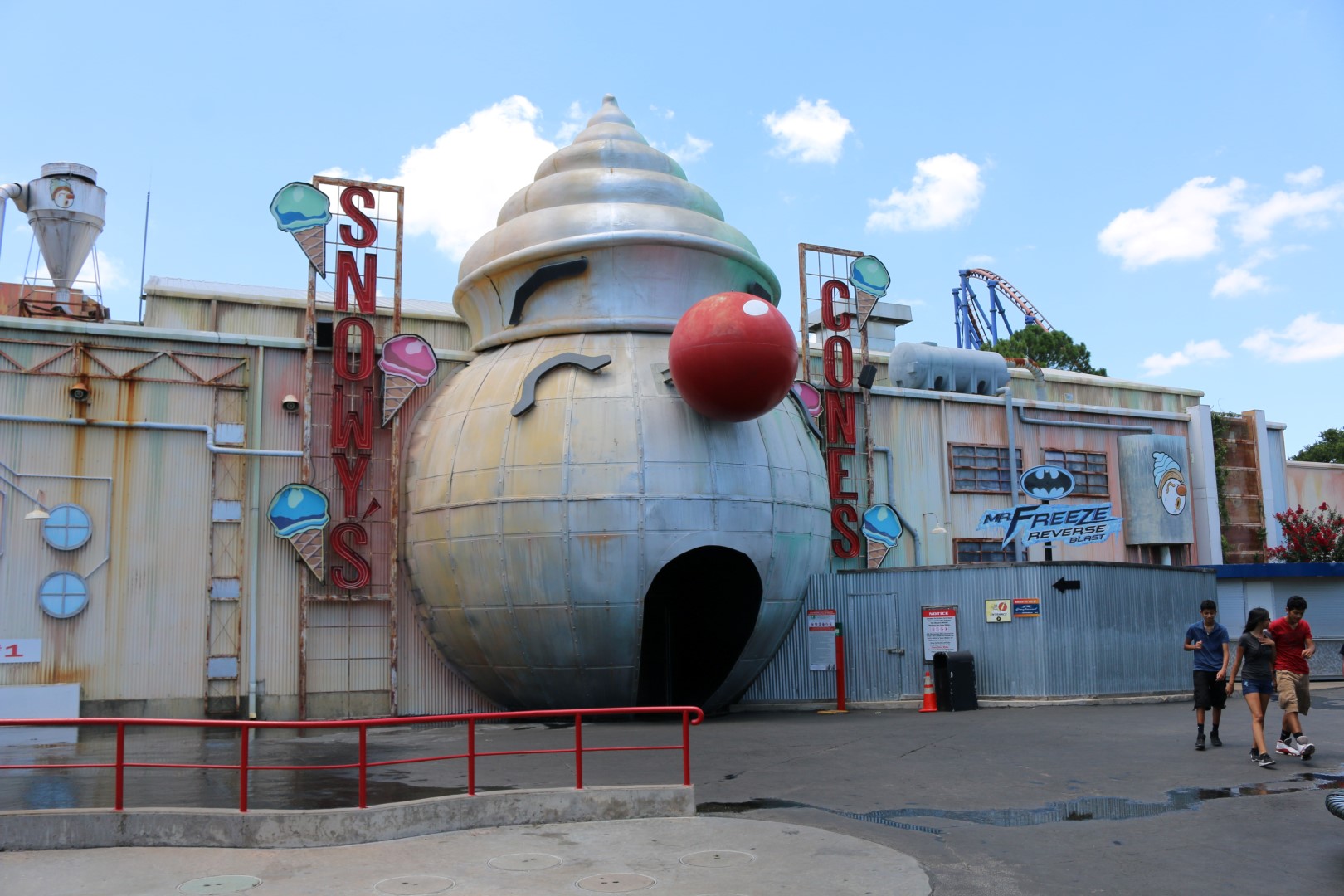 We found like 3 piles of puke around this ride, nobody cleaning it up. It smelt the entire hallway of the exit and on the outside. Who wants to clean puke with lack of management am I right? 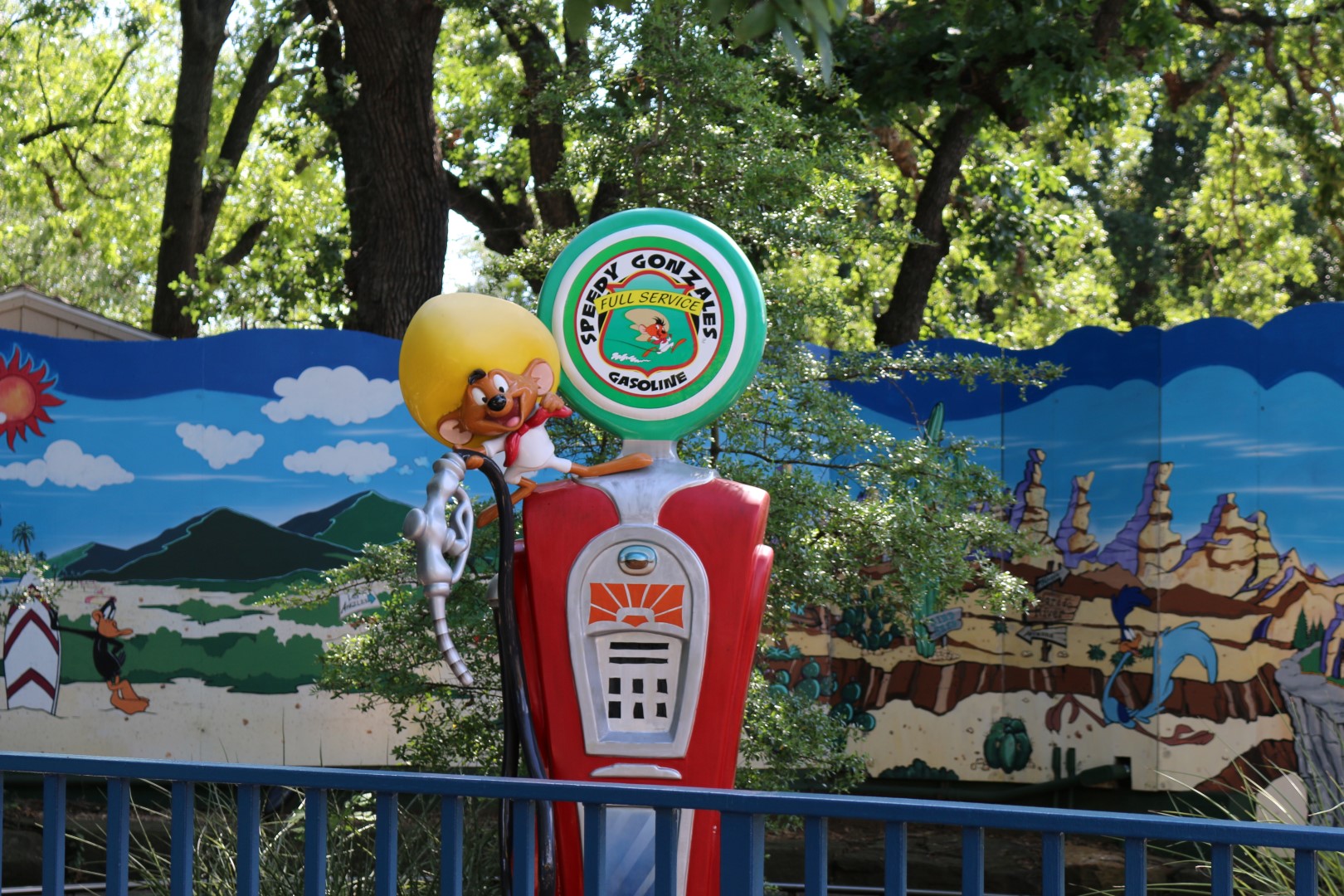 I couldn’t believe my eyes, they had the infamous Speedy Gonzales. I thought this guy was banned everywhere for being “racist”. They sure pick and chose. It’s only a matter of time before he’s gone to after a Facebook post will go viral. 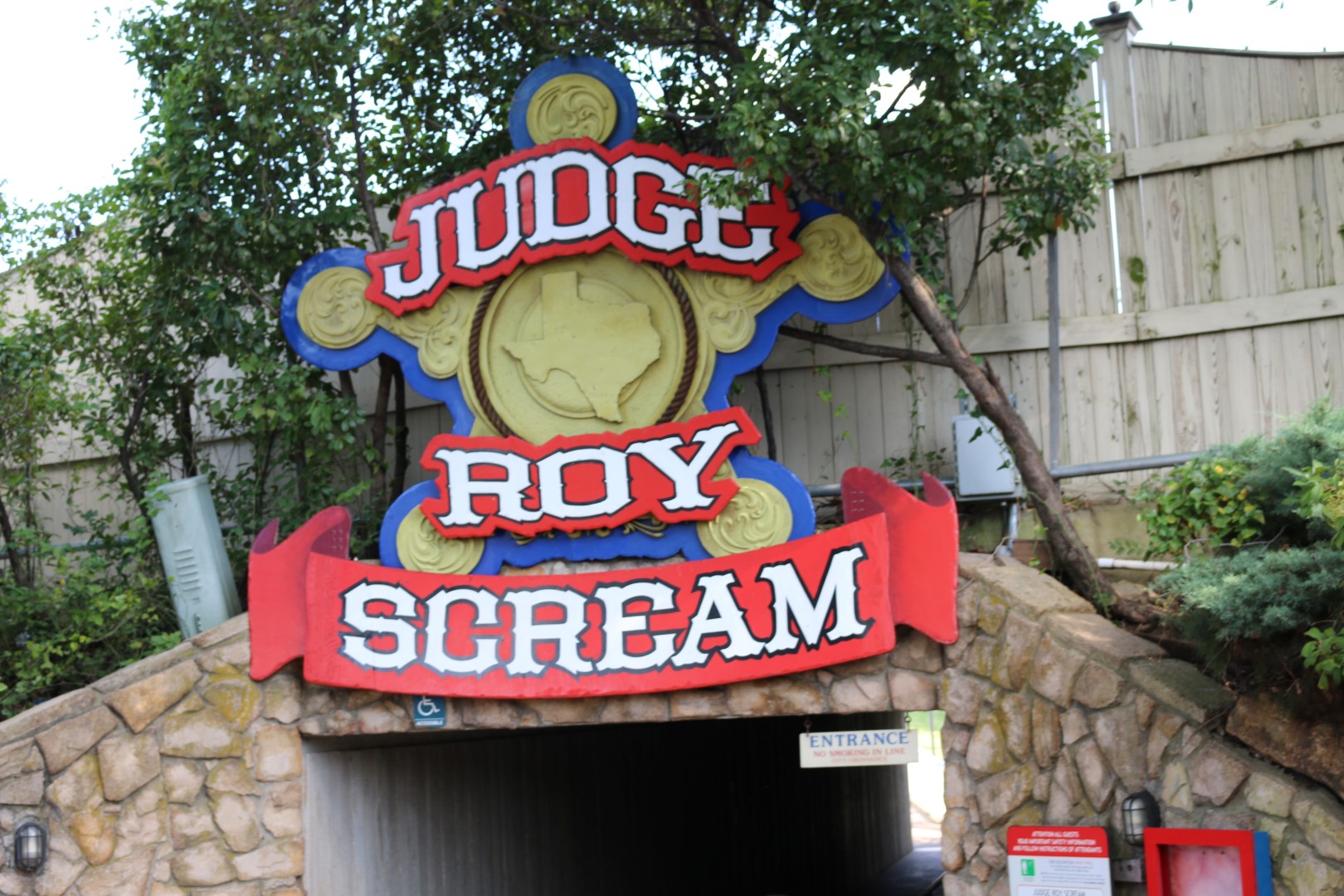 This is suppose to be the oldest ride at the park. This ride felt like it was bought off Ebay it’s a piece of shit. Wooden/older or not it’s the roughest thing you’ll ever ride in your life. 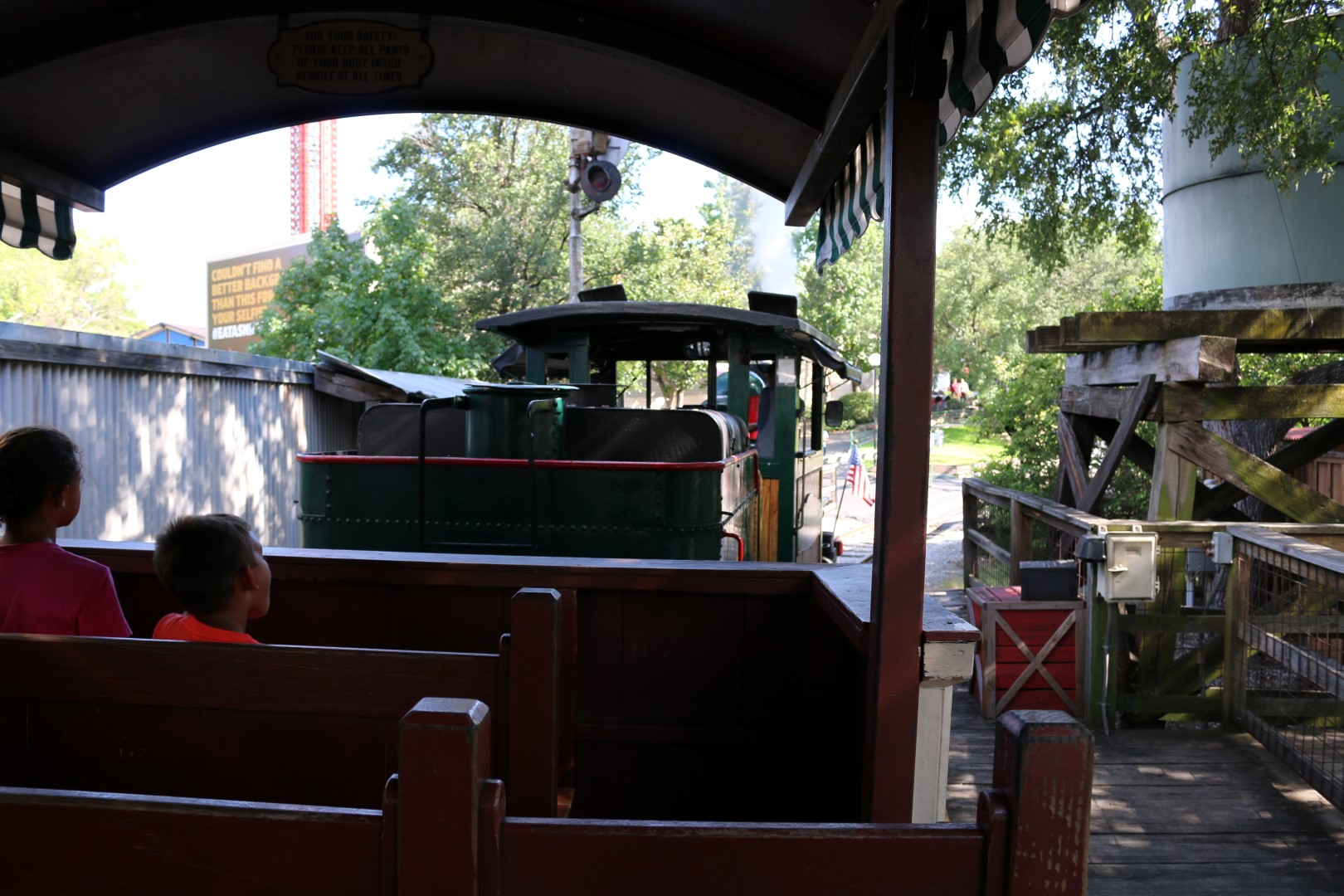 Train ride on the way out back to entrance after a long filled day at Six Flags.

Overall not a bad park, but not a top of the line one either. The management is clearly lacking, companies renting the park out and screwing families over. Lack of gluten-free and food allergen options and lack of staff training awareness. Multiple themed areas not properly updated to reflect exterior. Fast Pass system can be made into a mobile version. A bunch of large trees are needed to get some shade in this place. Also the Aquaman ride, really Six Flags? I would never come back unless it was a family trip, myself personally? This park is ghetto as fuck. However B+ for all the rides/attractions it has which is amazing that none of them were broken down.

Dinner at the Ranch Los Colinas

Used my trusty Yelp app to find a place for all of us to enjoy for dinner. Found the Ranch at Los Colinas to be a open ended restaurant with great Texas fair. This place was good, gluten free was some what accommodated. Worst part was the most dick asshole waiter ever, but the atmosphere and drinks made up for it. 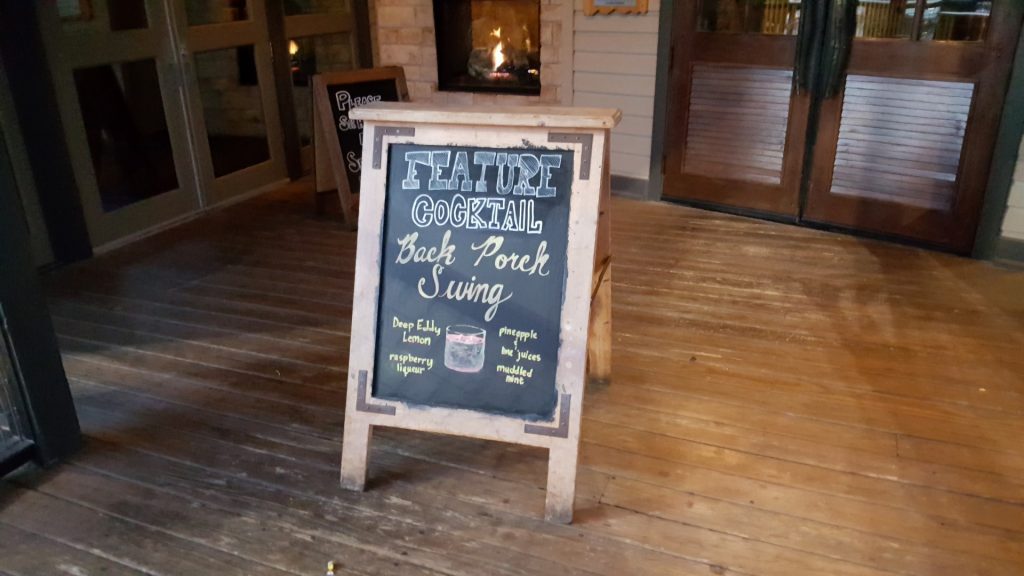 Walking in to the Ranch, must try the Back porch swing! 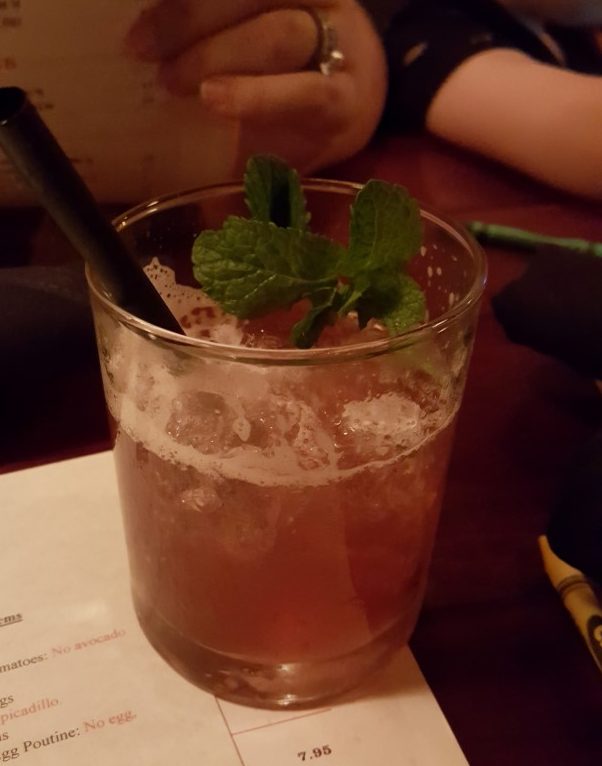 The Back Porch Swing at the Ranch, decent concoction. 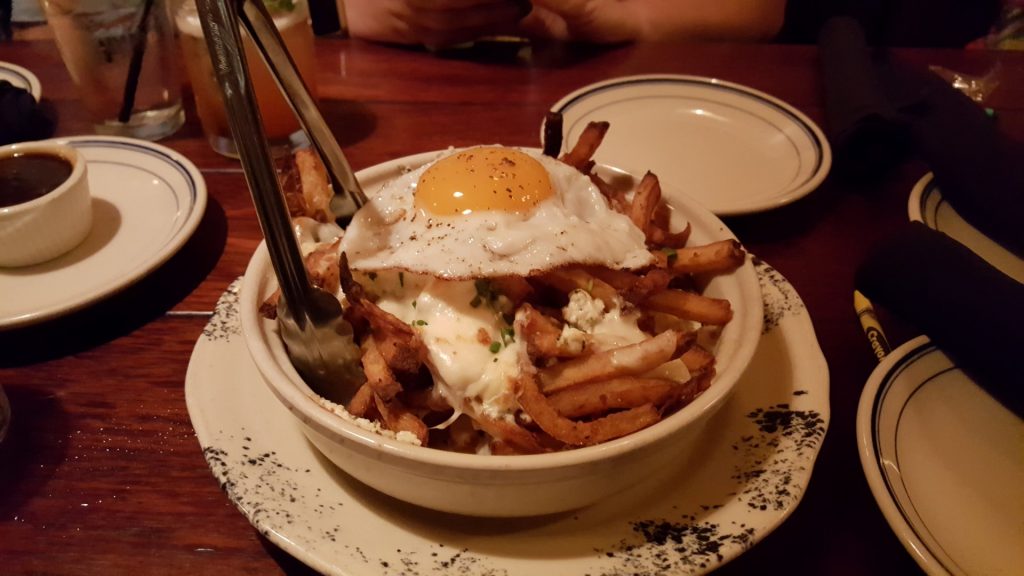 Some of there own poutine fries, they made them gluten free by leaving the gravy on the side. 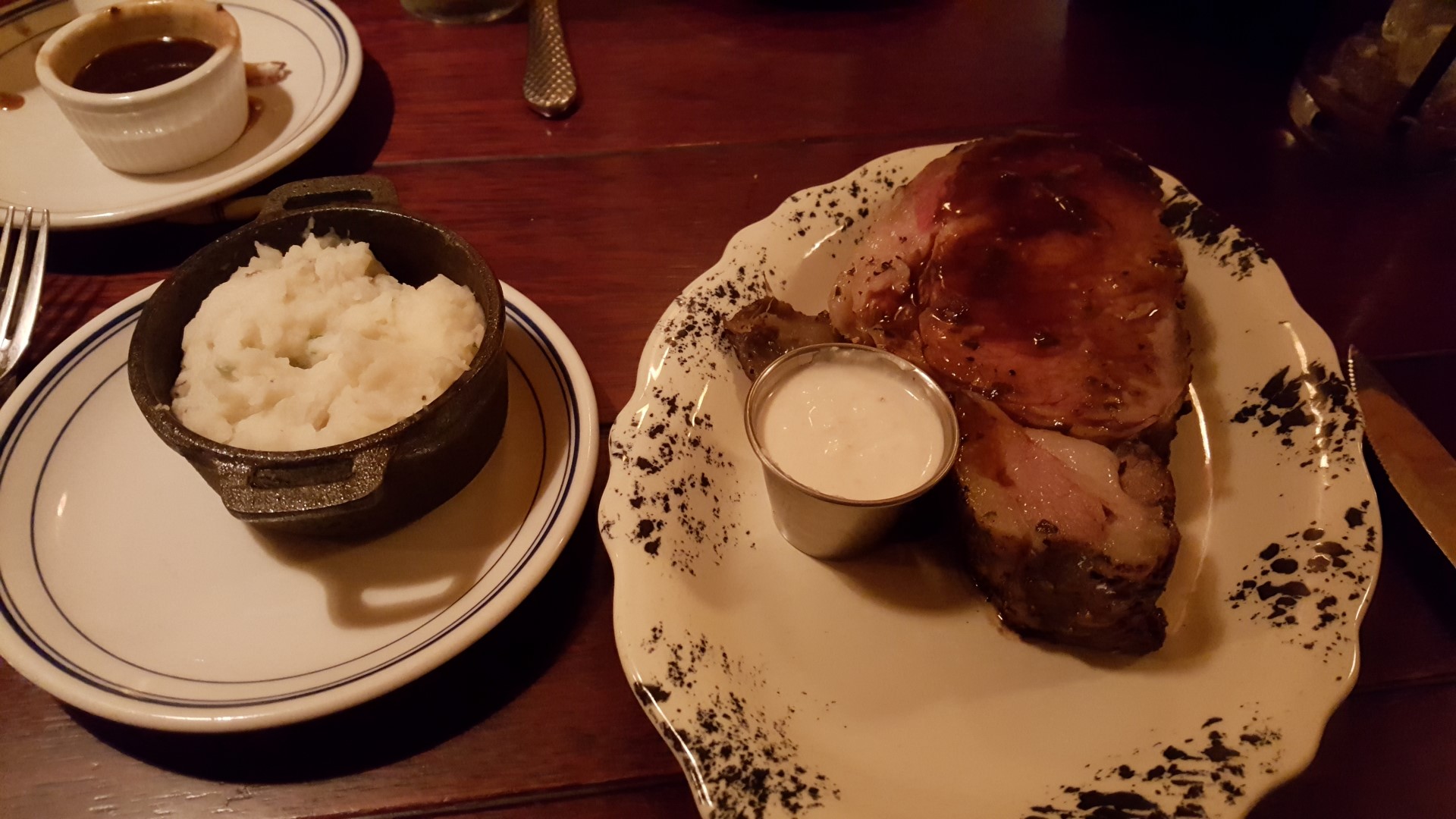 I had some prime rib and taters. Pretty tasty. 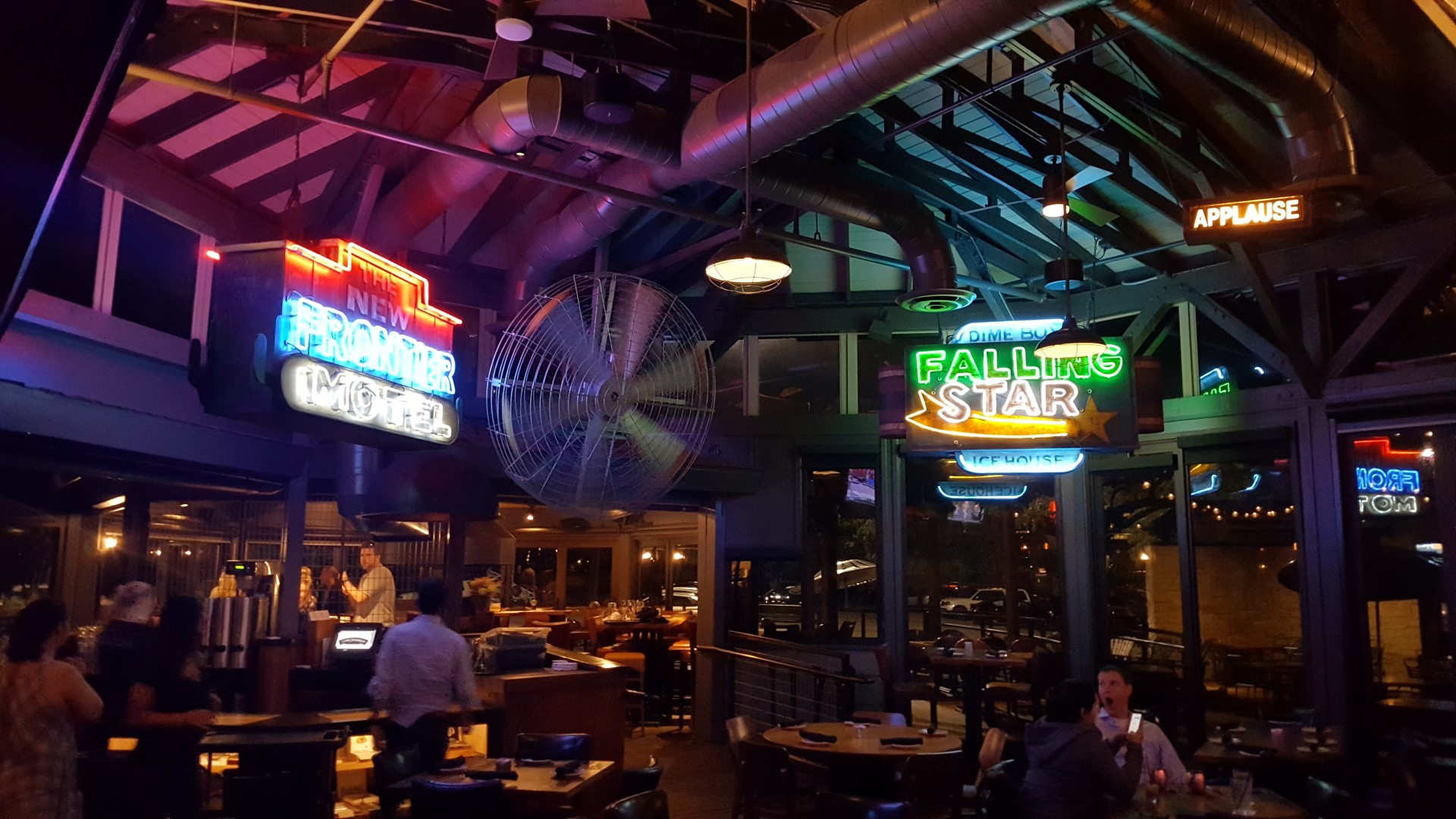 This spot had a super cool bar on the other side of it. 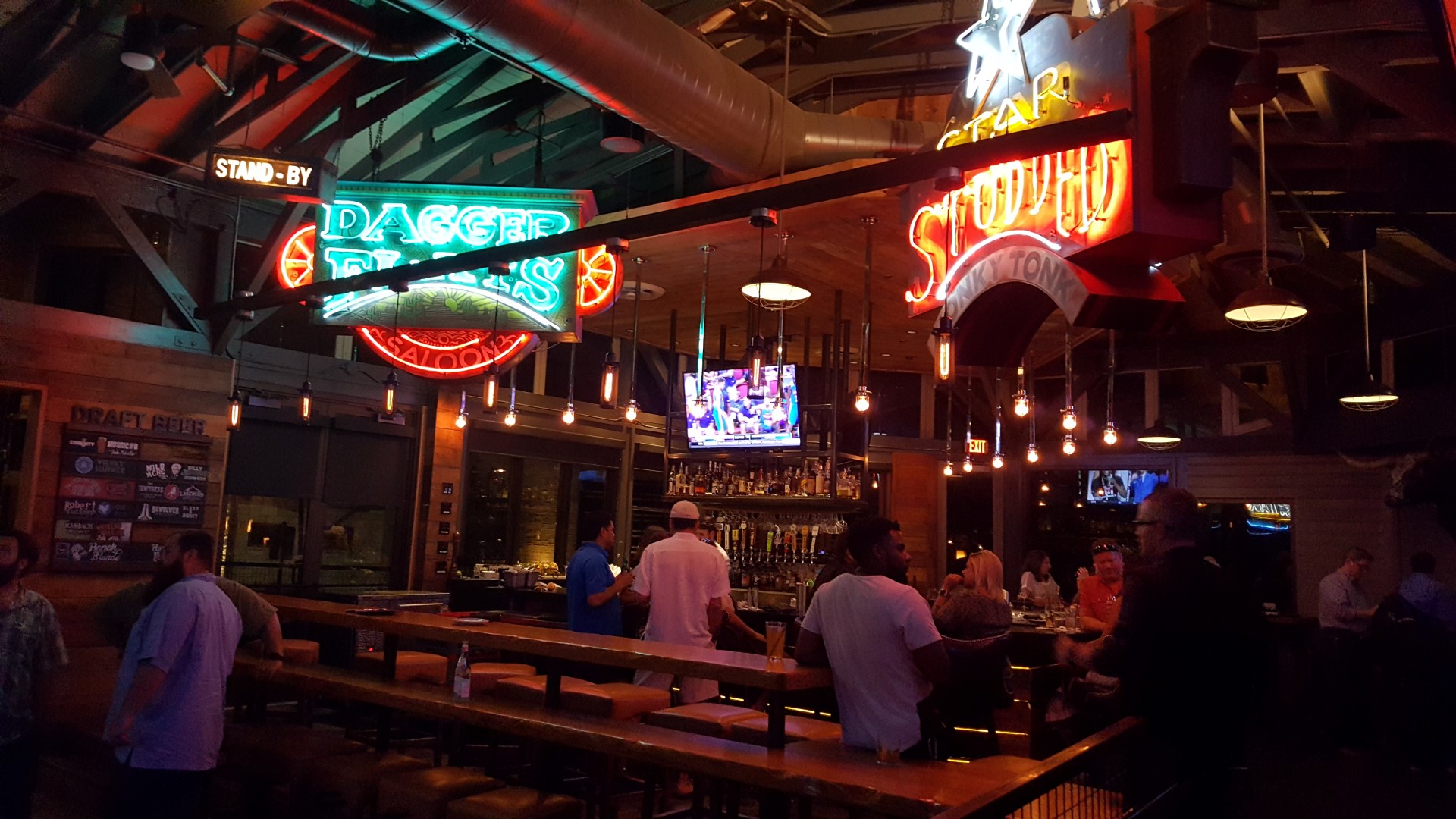 Dallas Day 2 Complete, until the next Chillin adventure begins, chillin out.

If you missed day one check it out below.