Let’s go to Seattle, WA! I’ve never been there and I have always wanted to go. I guess being a computer nerd it’s always been in my mind to check it out. Also the picture of Pikes Place Market I remember from a grade school text book about rain and always thought it was cool and mysterious. I’d go back, a lot more to see and do. 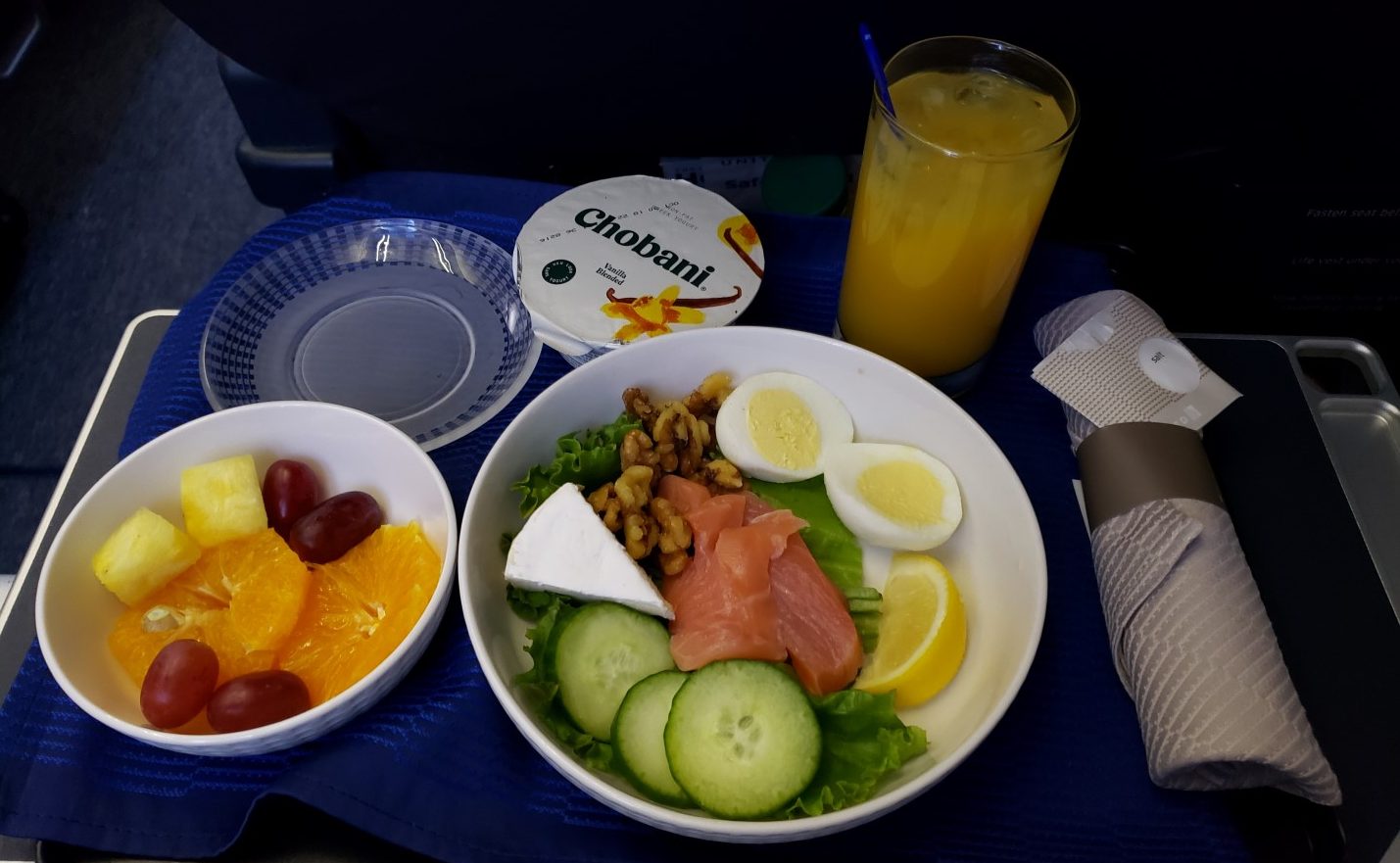 Flew United’s 737-8 First Class, raw salmon was disgusting, no IFE’s and older plane. However not bad for a 4 hour flight from IAH-SEA. 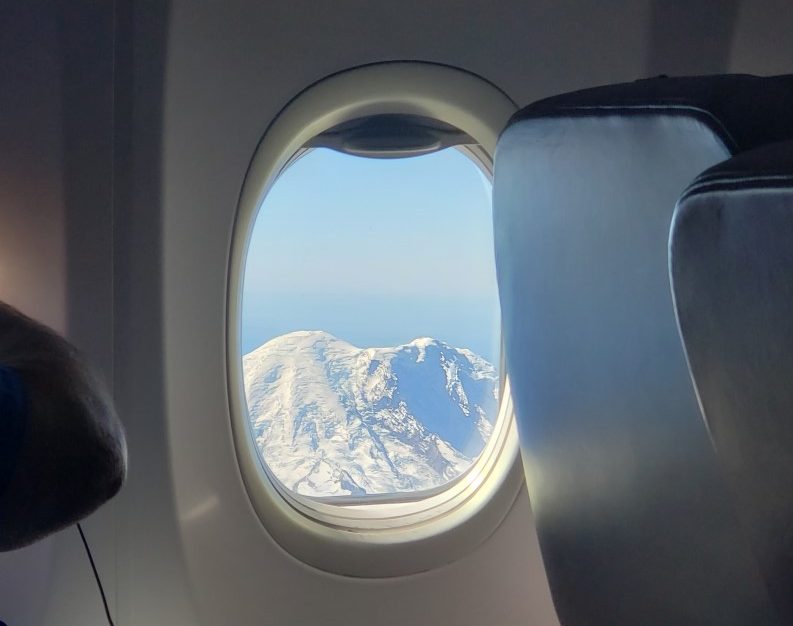 Not bad views landing down in Seattle

I read about all the bums and homeless people downtown and what not but however my experience was a pleasant one and actually did not run into one homeless person that was “aggressive” as everywhere stated online to watch out for.

We stayed at the Stay Pineapple which was awesome, cozy, and perfect. However be warned hotels in Seattle are like NYC, even the dumps are $300/night.

Cool airport, lots of hipsters, everyone had hiking back packs and what not. Overall great outdoorsy feel to it. Enjoyed it, didn’t have much time to explore it though. 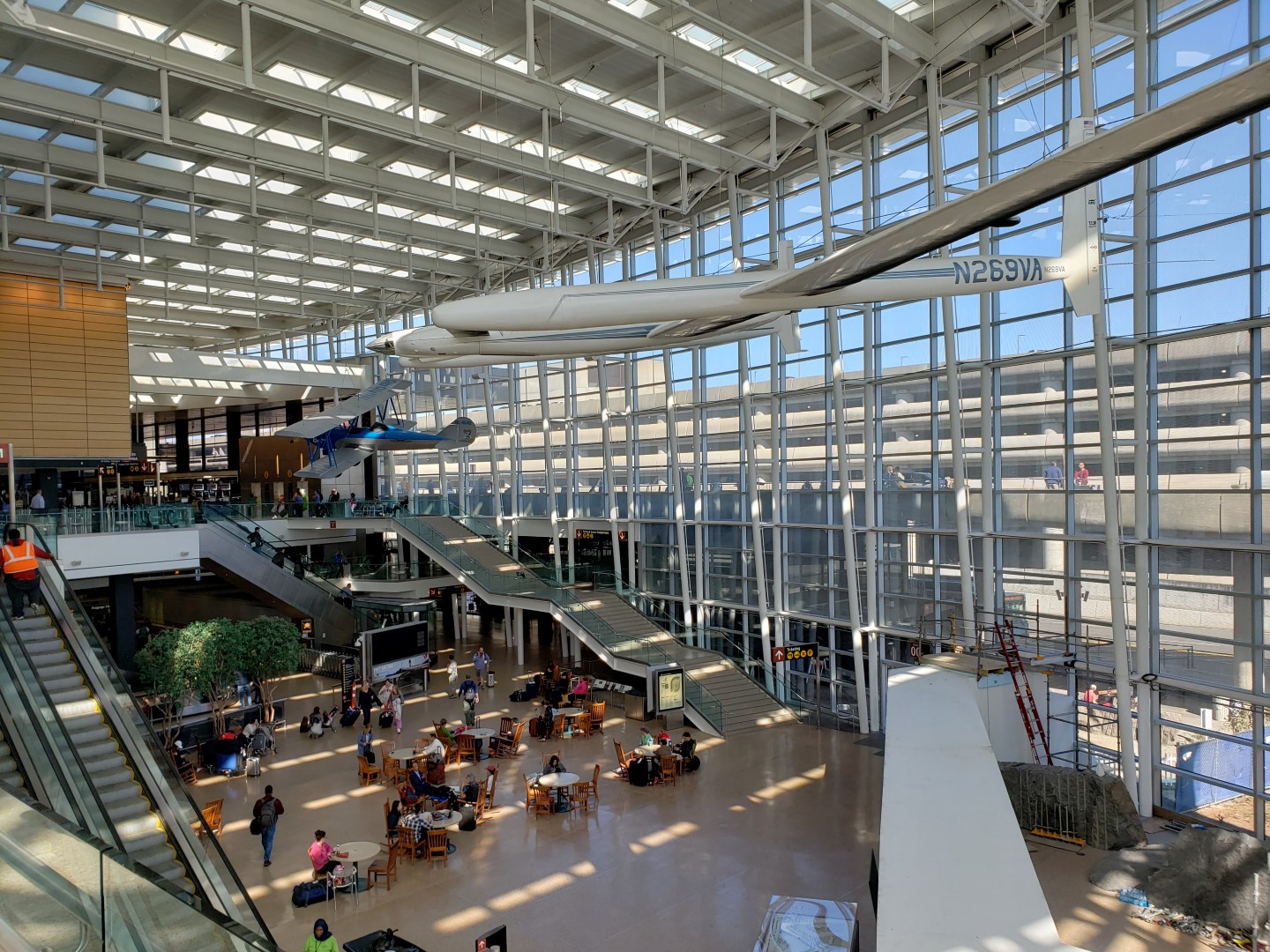 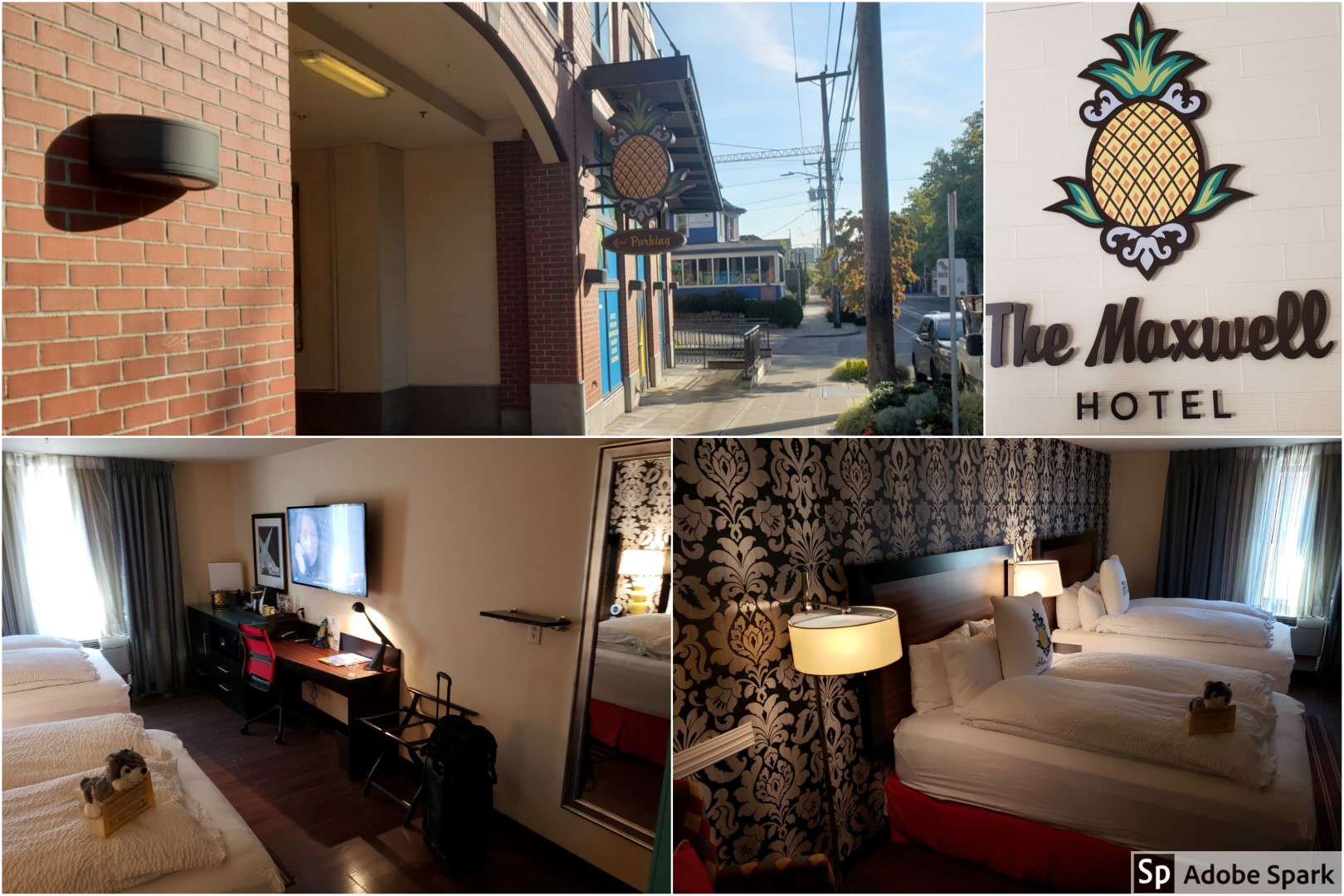 First thing we did after checking into our hotel was take our shuttle to the Mo-Pop which was literally few blocks away. I have to say I was really pumped for the Museum of Pop Culture. However it was quite a let down, they have a few artifacts from movies, etc but the layout and design of the place is absolute wretched. Your confused, not sure where to turn, and not many “amazing” displays. They do have cool stuff but not like what I’d expect for the Museum of Pop Culture. 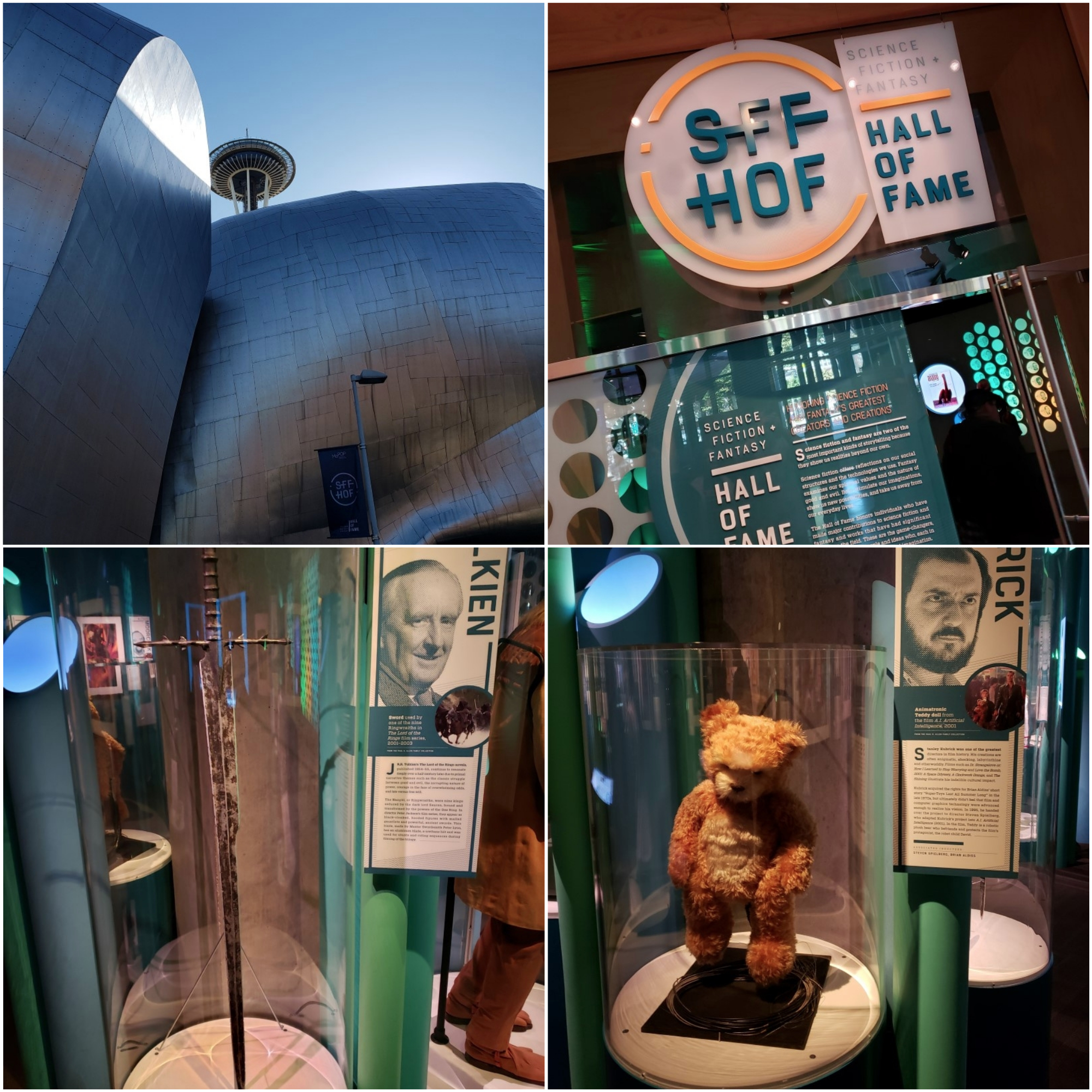 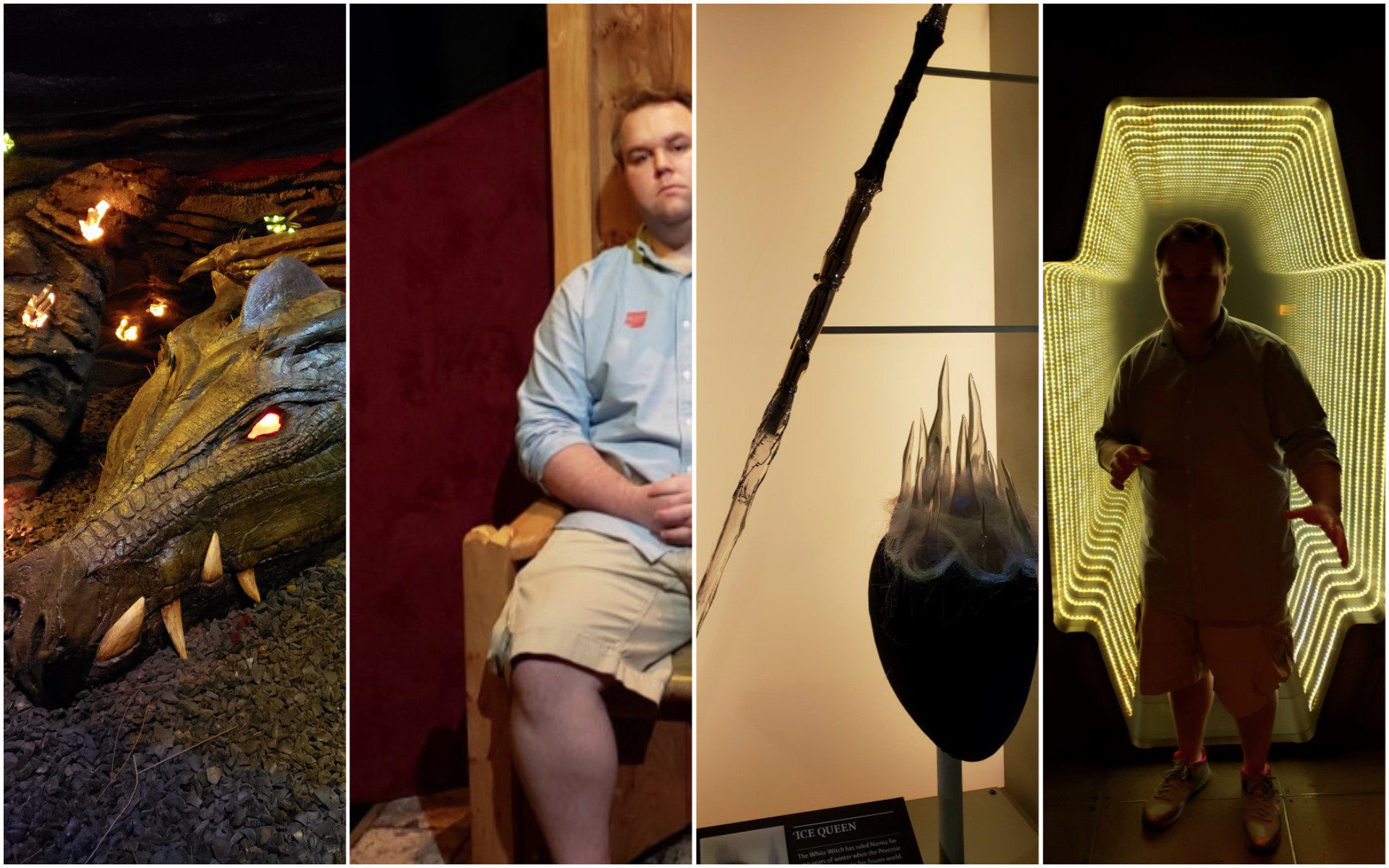 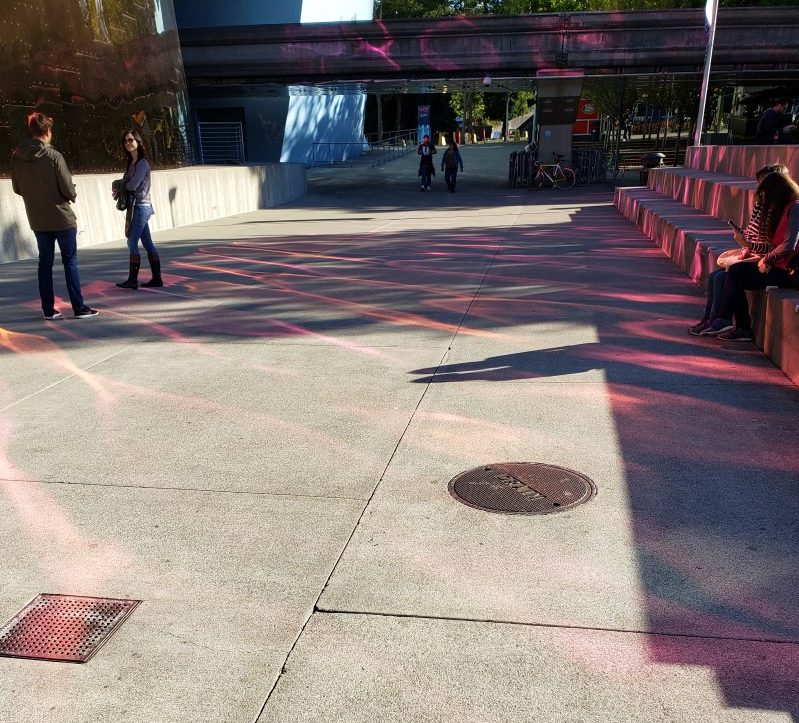 The glass from MO-POP put on a cool light reflection show! 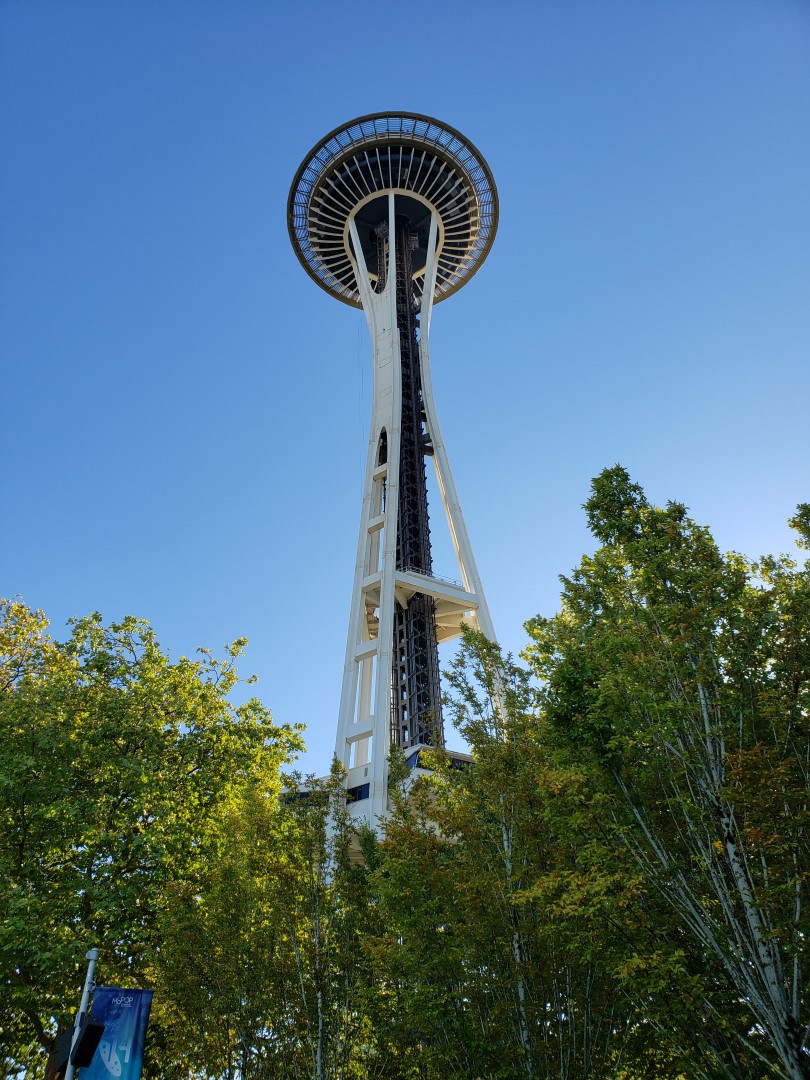 After a super zoom elevator ride! 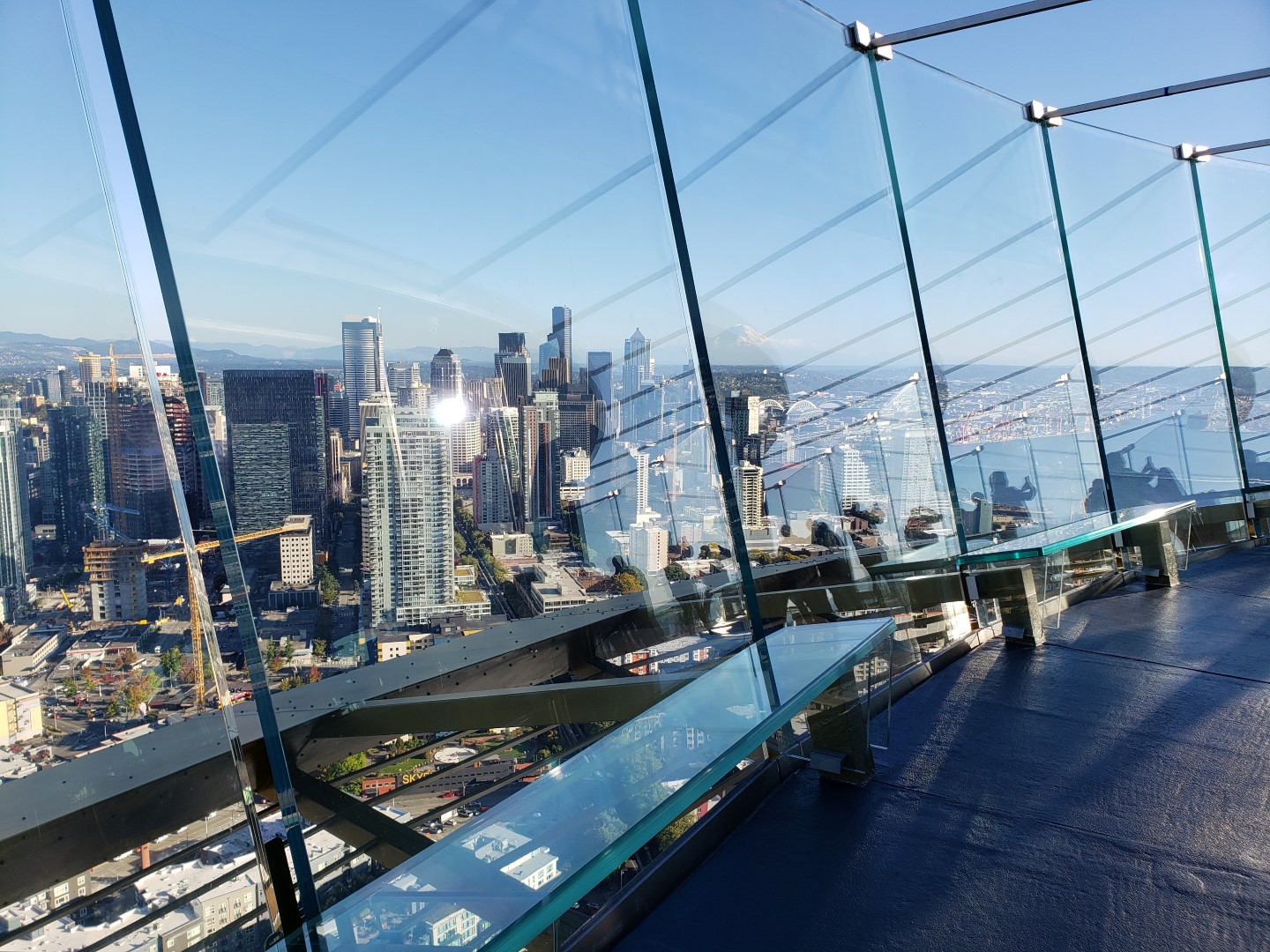 At first I thought I was to piss myself a bit, but I think I ended up okay. Took a minute to get use to the “glass” holding us all up, ha. 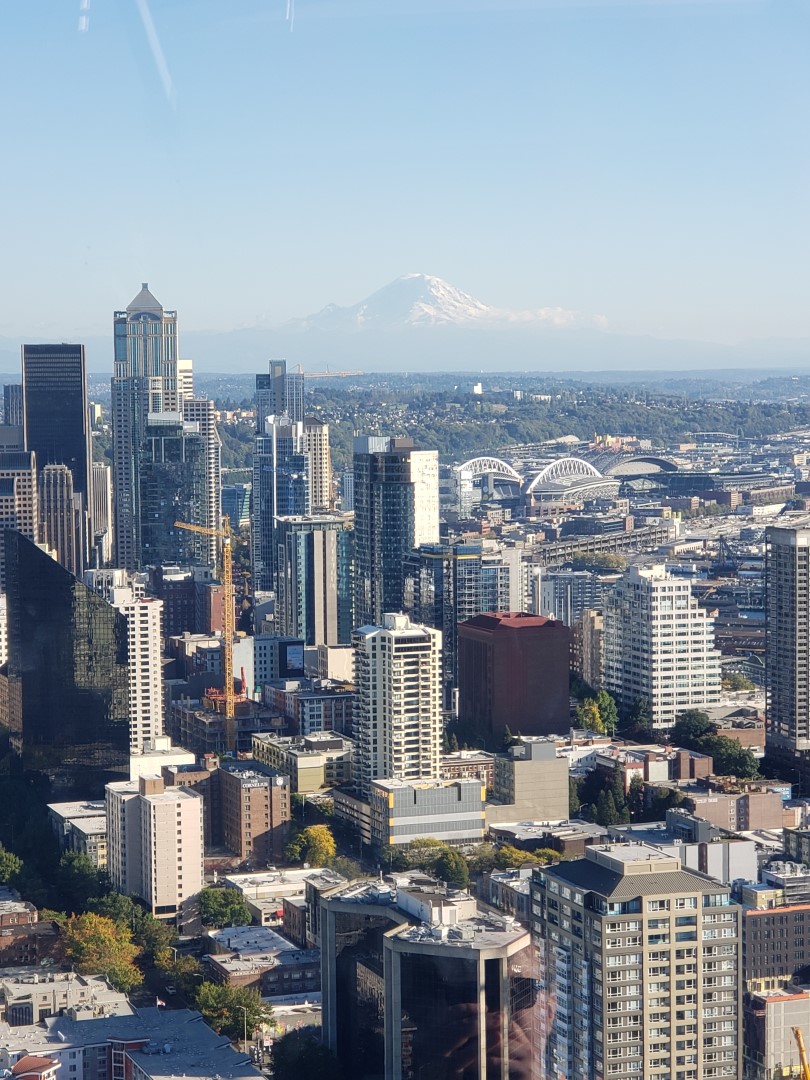 Those views though, totally rad and in the background is Mt. Rainer. 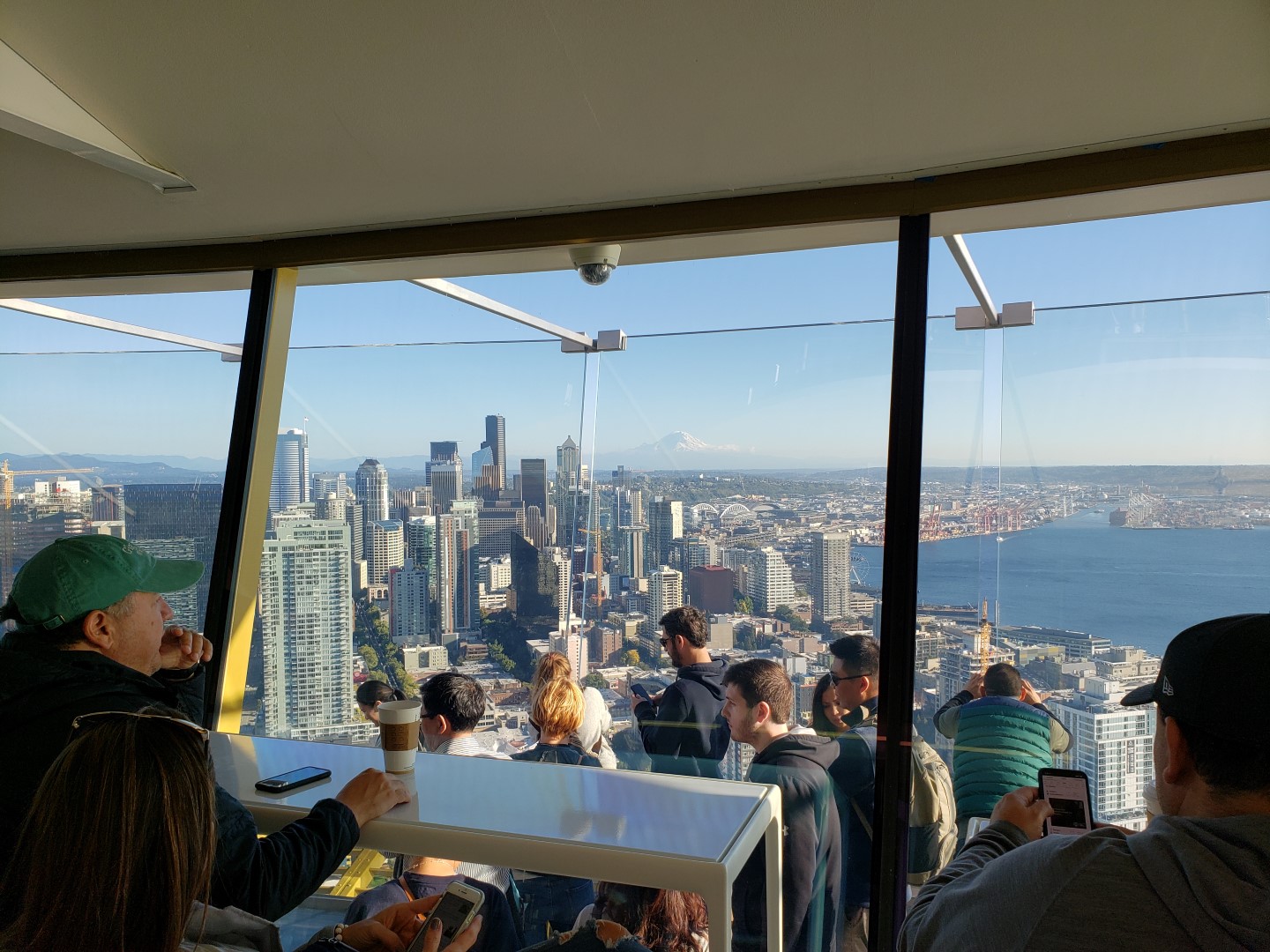 Cool shot from the inside, everyone enjoying some coffee. Shieeeeeet we got some wine. 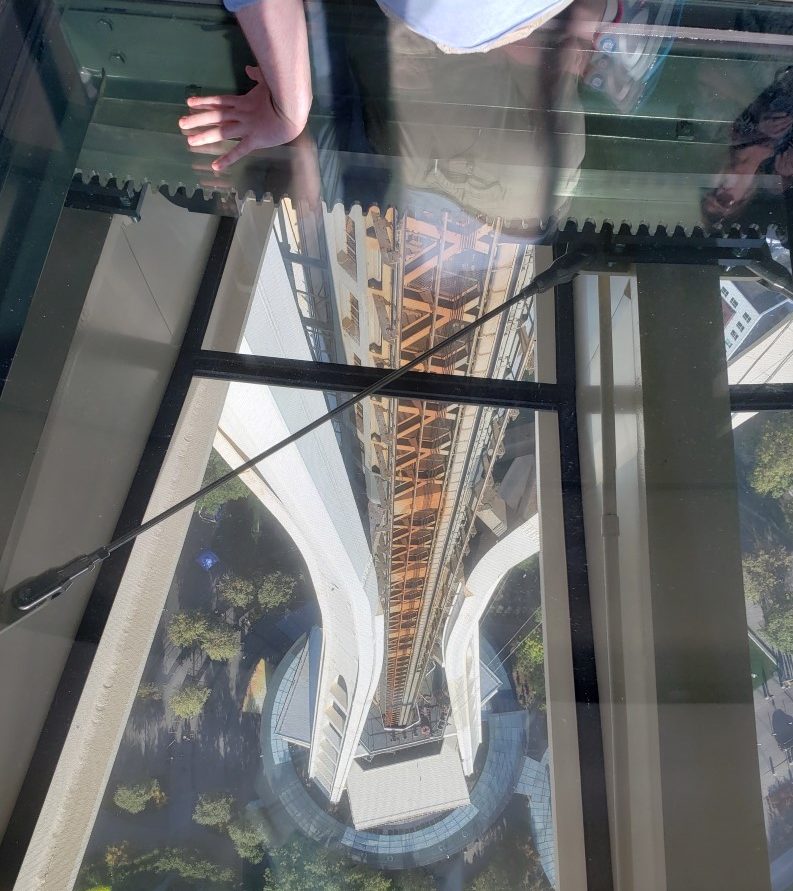 So right next to the Needle & Mo Pop is the Chihuly Museum. There all located in something called the “Square” which has a lot of the Seattle tourist attractions. I think it was $20 to get in, the gift shop is dope and if you like blown glass you will enjoy this place. I don’t think it’s a MUST DO. But I do think it’s pretty cool.

Ahh the fresh smell of Marijuana! Everywhere you go in Seattle. 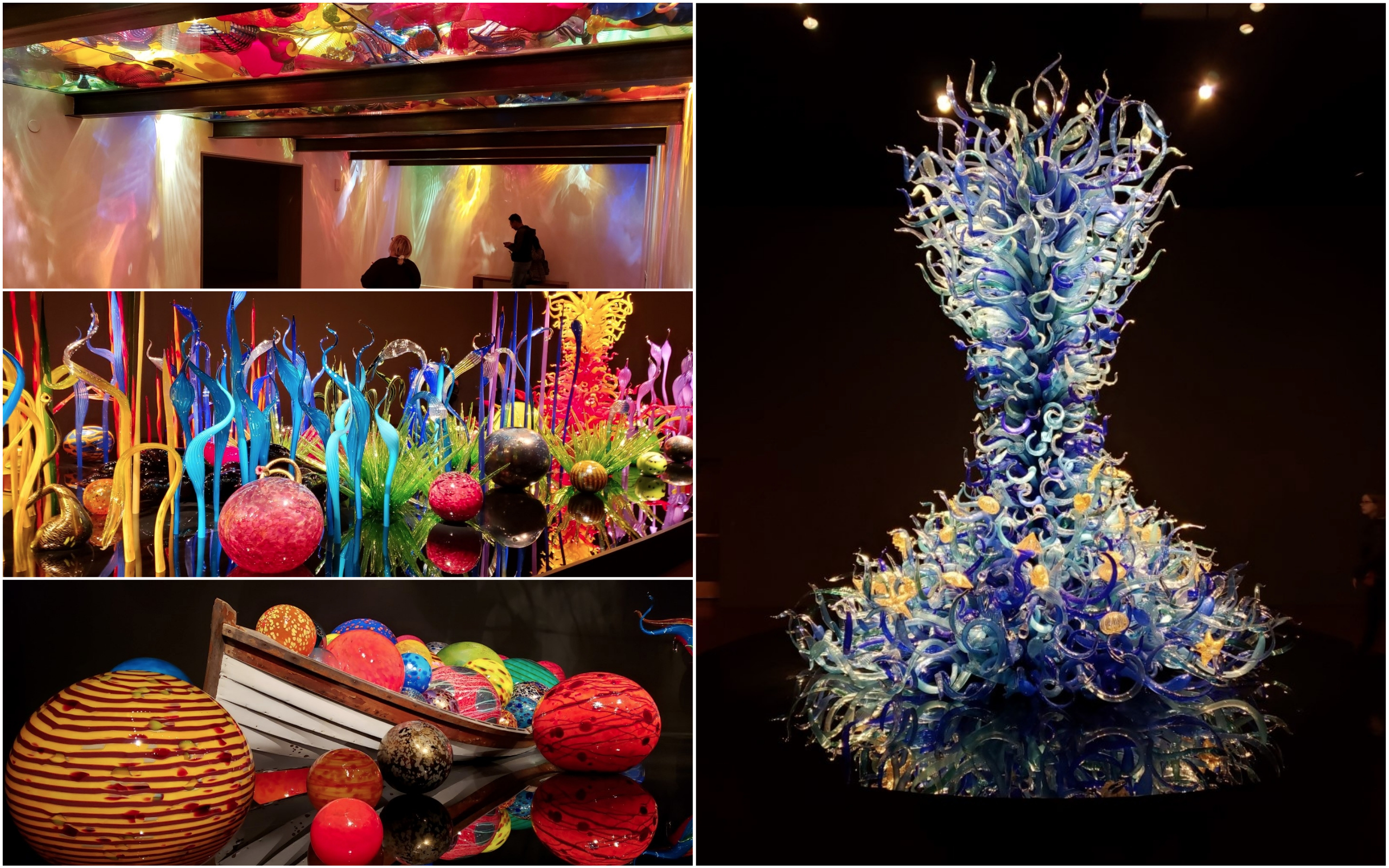 Some of the major exhibits. I just really want to throw rocks and see what happens, lol. 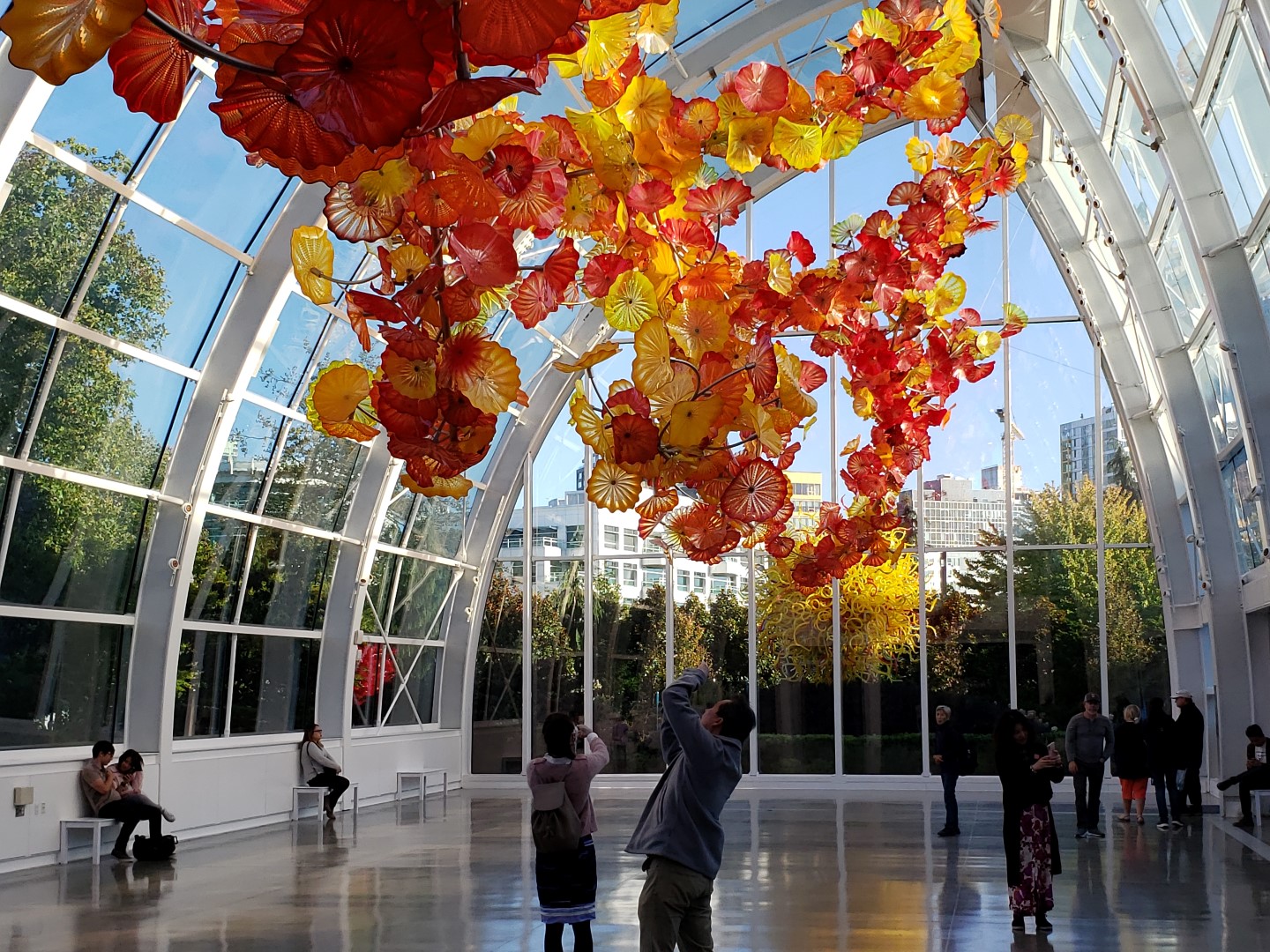 This was pretty cool, would be awesome to have a dinner party here.

Check out that artsy shot, damn son. Looks cool when you turn around and see the tower.

Now to find dinner, met the uber in front of the needle!

Now this is a top 5 gluten free restaurant I’ve ever eaten at. Now the food quality was decent, but the fact everything was gluten free was 5 star. Also they had choices I’ve never seen and also the largest gluten free beer selection I’ve ever seen. I was overwhelmed and indulged heavily. If your gluten free, GO THERE. 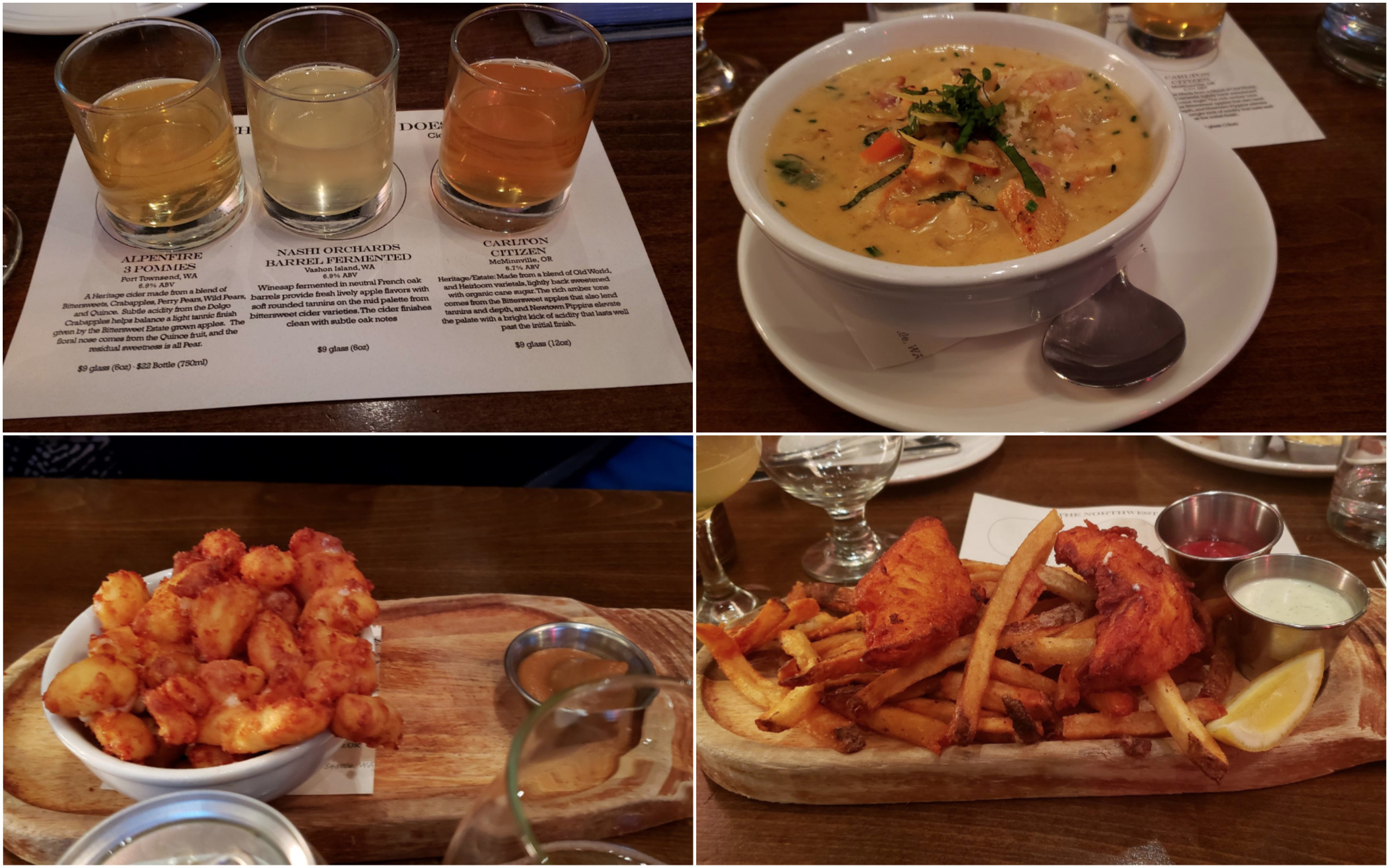 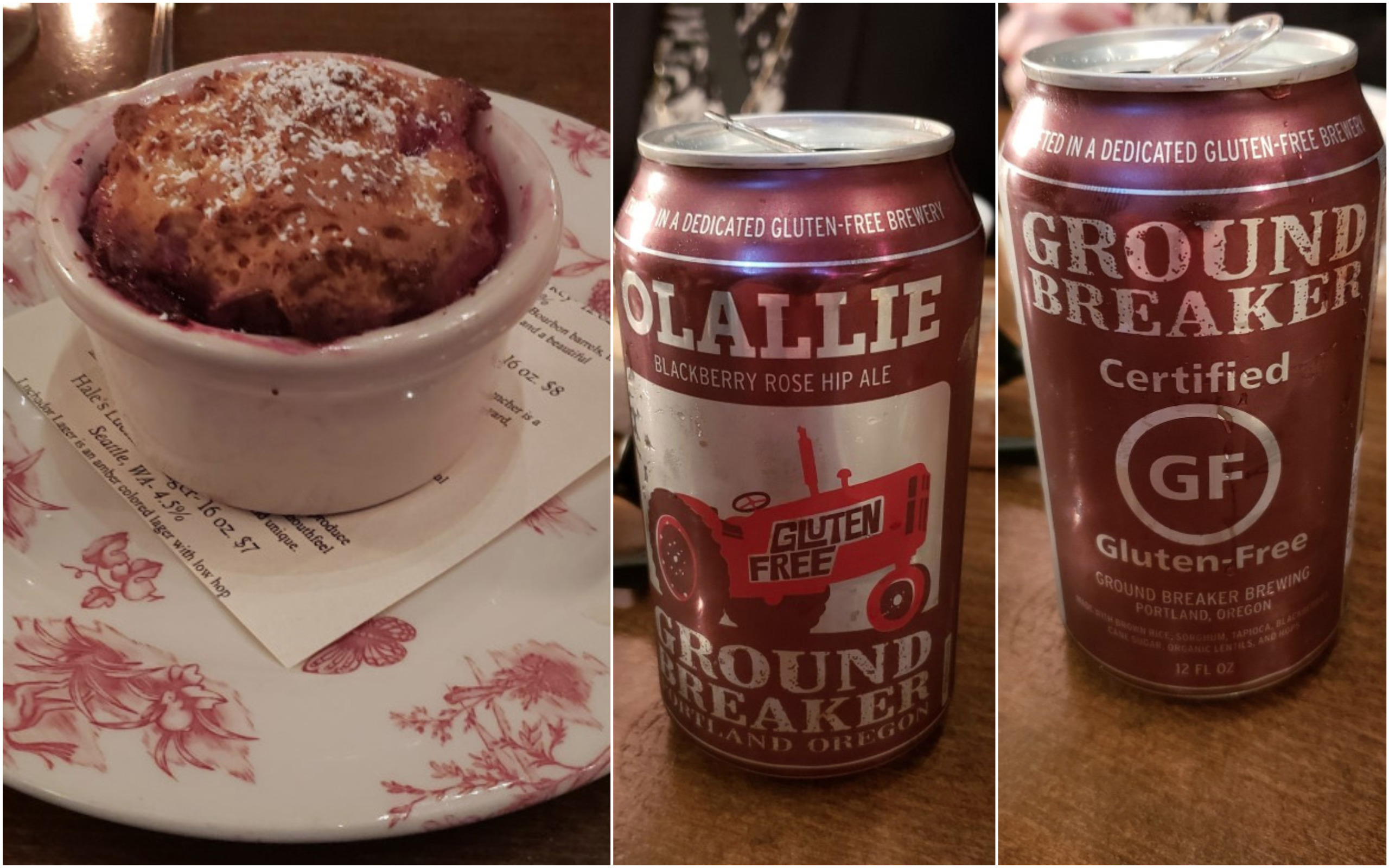 Wow what did we do today?