A lot of people I explain to I’m gluten-free or allergic to wheat have no idea what gluten is. It’s not a “lifestyle” choice, it’s a allergic reaction choice, haha. So I’ll just send them to here, or to Google to explain. I do not have Celiacs but I do have Eosinophilic Esophagitis which has made my body highly allergic to gluten as well.

The Big 3: Wheat, Barley, RyeWheat is commonly found in:

Barley is commonly found in:

Rye is commonly found in:

What does Gluten do?

Gluten is the “glue” that holds bread, pasta and cake together. It gives elasticity, a chewy texture and it helps food keep its shape. When the yeast in baked goods releases gasses, gluten creates the elastic net that “traps” them, and allows the dough to rise. 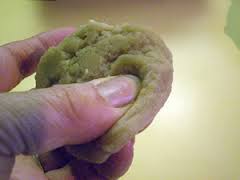 Because of its desired qualities gluten is often also added to baked goods to make them look and taste even “greater”.

Gluten is widely used as additives in other food items, as well as in cosmetics, conditioners and medication.

Where is Gluten found?

Gluten naturally occurs in grains, and the harmful versions are found in wheat, barley and rye (and possibly oats).

Gluten can be added to foods, either in an obvious or in a “hidden” manner.

The easy ones to detect are the likes of “wheat starch”, “barley malt” or “wheat bran”. They are simple enough to understand because they contain the names of the grains we know to avoid.

Then there’s the seemingly innocent ingredients like “caramel colouring” and “baking powder”, that may surprise you.

The confusion starts when words like “Dextrines”, “Emulsifiers” and “Amp-Isostearoyl Hydrolyzed” turn up on the labelling..

Many, many foods, in fact, most foods (which you will soon discover) don’t contain any gluten and are perfectly safe! It takes a while to learn what’s what, and I feel like I can eat a million more food items now than when I was first diagnosed. Naturally it was always the same, but I know more now and the world “opens up” as I learn. 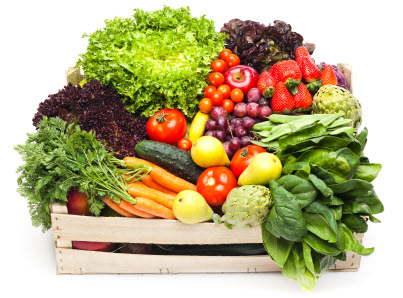 Naturally gluten free is always the best way to go. A good place to start is vegetables and fruits, unprocessed meats, seafood and poultry, as well as carbs like potatoes, corn and rice. As a rule, if it hasn’t been spiced, mixed or blended, you can eat it. Always wash or peel as some items may at some point have touched gluten-containing foods. Better safe than sorry.

What are the rules for Gluten Free labeling?

Rules about gluten labeling differ from country to country, and it is important that you familiarize yourself with what applies to you.

In Europe and the US, food containing up to 20 parts per million of gluten may be labeled gluten free. In Australia and New Zealand, food labeled gluten-free cannot contain any detectable gluten or oats. In addition, AUS and NZ have a bracket for “low gluten” which allows for up to 200 ppm of gluten. Be aware of the “low gluten” foods as they are not suitable for coeliacs.

Parts Per Million (ppm) explains the quantity of gluten allowed. 1 ppm equals 1mg per liter or 1 mg per kg. This means that food containing 20ppm of gluten has 0,002% gluten content. Naturally, if you eat large amounts of foods containing “very little gluten”, eventually it will add up and you are in fact eating gluten.

Some products are debatable in this context. One of them is glucose syrup made from wheat. In Europe this is considered to be safe for coeliacs, yet down-under it is not. More on the discussion on differences in gluten labeling here.

Special thanks to site
http://thankheavens.com.au/gluten-celiacs-disease-fact/
Awesome collection of gluten-free facts and blog, check it out.